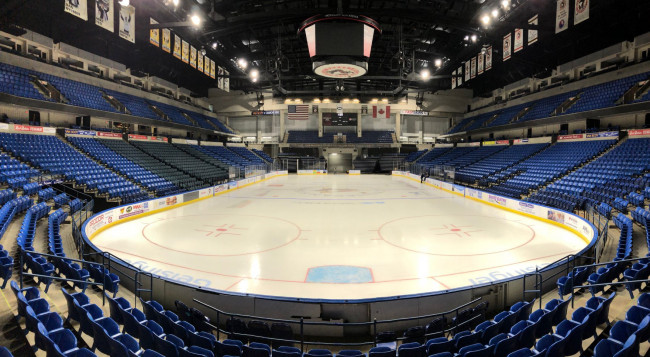 The Luzerne County Convention Center Authority announced today that the installation of an enterprise-grade, controller-based wireless LAN system at the Mohegan Sun Arena at Casey Plaza in Wilkes-Barre Township has been completed, pending final inspection. The system will provide wireless network coverage throughout the venue, including the event floor as well as outdoor coverage near the sidewalks and security checkpoints by the venue entrances.

“We are really excited to announce the completion of this project,” said Gary Zingaretti, chairman of the Luzerne County Convention Center Authority’s board of directors.

“It is another major upgrade, not only for our facility, but also for all of our performers and especially for all of our patrons. We can’t wait until we can all be together again to enjoy the benefits that will come from this enhancement.”

Synergistic Networks, Inc. of Wilkes-Barre provided consulting services and developed the RFP for the publicly-bid project. In November of 2019, the LCCCA awarded the contract to Turn-Key Technologies, Inc. from Sayreville, New Jersey. The final project cost was $762,558, which came in under the LCCCA’s approved not-to-exceed amount of $775,000. Partial funding in the amount of $126,365 for the project came from the Local Share Account grant awarded to the Luzerne County Redevelopment Authority.

“Utilizing the most powerful wireless standard currently available, Wi-Fi 6, the patrons of Mohegan Sun Arena will now be able to experience fully immersive events and all the additional interactions with social media that were previously unsupported.”

More than 45,000 feet of cable and fiber, 3,000 feet of conduit, 191 access points, and 14 network switches to power the access points and manage the network traffic were all installed during the project. Hundreds of hours went into the bid preparation, meetings, site walks, gear staging, installation, and tuning of this solution.

“As a longtime technology partner of the Mohegan Sun Arena, it was our pleasure and a privilege to work side by side with the LCCCA and ASM Global in overseeing the wireless project,” said Kris Wingard, Director of Technical Services for Synergistic Networks.

“Turn-key Technologies did a great job on the implementation and we are extremely excited to see the wireless system ready for use. We can’t wait to get back to the arena for a show or hockey game and see the system in action!”

“In addition to Turn-key Technologies, Inc.; Synergistic Networks, Inc.; and the Luzerne County Redevelopment Authority, we would also like to thank our venue partners at Service Electric and Pen Tele Data for helping to provide the bandwidth service and fiber connections for this project,” Zingaretti said.

Since 2017, the LCCCA has invested more than $3 million dollars in capital improvement projects to enhance the fan experience at Mohegan Sun Arena, including the installation of an LED Ribbon Board and lighting system last fall and acoustic panels and parking lot upgrades back in the summer of 2017.

The Mohegan Sun Arena at Casey Plaza is owned by the Luzerne County Convention Center Authority, a government body appointed by Luzerne County, and managed by ASM Global.

ASM Global was formed from the merger of AEG Facilities and SMG in October of 2019, creating a venue management powerhouse that spans five continents, 14 countries, and more than 300 of the world’s most prestigious arenas, stadiums, convention and exhibit centers, and performing arts venues.

The arena opened on Nov. 13, 1999 when the Wilkes-Barre/Scranton Penguins of the American Hockey League made their debut.

The arena’s primary tenants are the Wilkes-Barre/Scranton Penguins of the AHL, affiliated with the National Hockey League’s Pittsburgh Penguins.

With over 8,000 permanent seats and a capacity of nearly 10,000 for concerts, the arena has played host to some of the biggest names in entertainment, including Elton John, Cher, Neil Diamond, Janet Jackson, The Eagles, AC/DC, and Simon and Garfunkel. 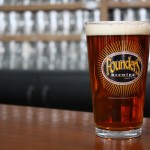 Beer Boys celebrates 16 years in business in Wilkes-Barre with 16 sought-after beers on tap on Jan. 24
‘SNL’ comedians John Mulaney and Pete Davidson perform at Kirby Center in Wilkes-Barre on Jan. 20