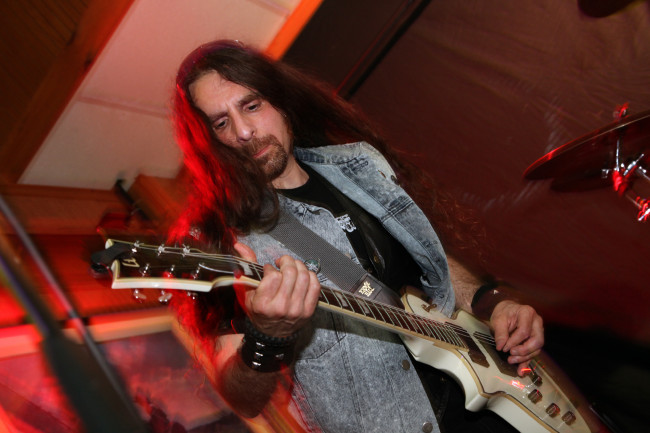 With the world in a current state of lockdown, quarantine, and uncertainty due to COVID-19, positivity seems to be in short supply. And in the wake of the virus’ stranglehold on day-to-day activities as well as the global economy, music venues have closed, concerts have been canceled, and tours are postponed possibly until 2021.

Everyone is looking for a way to cope, including those displaced musicians. Inspired by the Hear ‘n Aid charity project that gathered a large ensemble of well-known heavy metal artists together in 1985 to record a single to raise money for famine relief in Africa, a group of regional and national metal musicians recently collaborated to record an original song to bring both music and hope back to the forefront while thanking those who have been working countless hours to keep the world safe and healthy.

Dubbed Hear ‘n Now, the initiative is the brainchild of Internet radio DJ, music promoter, and host of “The Keep It Metal Show” Billy Loney from Scranton. His company Keep It Metal Promotions partnered with Heaven and Hell Records to officially release the new single, “No Road to Ruin,” on Monday, May 11.

“We just wanted to do our part,” Loney said. “People need something to connect to, to take their minds off what’s going on. Music has that power.”

“We are very excited to have the song release sooner than expected,” said Heaven and Hell Records CEO Jeremy Golden. “It’s the perfect time for its message to be heard.”

A lyric video for “No Road to Ruin” followed on Tuesday, May 12:

“Things have really come together,” Loney said. “This has been a team effort. Otherwise, we would not have been able to get this far.”

“We are so excited about this project,” Michaels added. “Everyone has just been amazing. The level of talent is staggering, and their willingness to be part of this is inspiring. I’m honored to be part of it!”

The song is available now via Bandcamp as a free digital download, though donations of any amount are encouraged. Proceeds will benefit the Center for Disaster Philanthropy’s Global Recovery Fund for relief efforts related to the coronavirus pandemic.

“We are looking to get the message out there for people to get involved,” Michaels said. “The more people know about it, the more help we can all be in this situation.”

In addition, Corners of Sanctuary recently released a free digital download pack called “Quarantined Lockdown” that contains the new pandemic-themed track “We Won’t Back Down (Do or Die),” which also has its own music video. The download is available now at cornersofsanctuary.com.