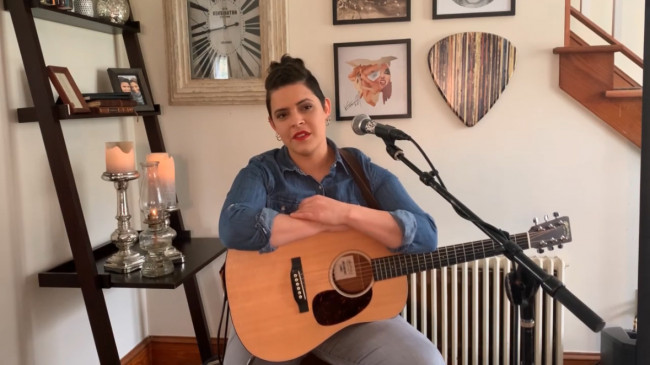 Organized by the Mohegan Sun Arena at Casey Plaza and Karl Hall in Wilkes-Barre, NEPA Live From Home is a live music series featuring regional artists performing safely from their homes during the coronavirus pandemic.

Performances are posted every Thursday at 7:30 p.m. on the Facebook and Instagram pages of both Mohegan Sun Arena and Karl Hall. Each free show also features a Q&A session that provides viewers a behind-the-scenes look into the artists’ lives.

Sayles played some of her most popular work and debuted a new song that she hasn’t recorded yet called “I Will Fight.” Watch the full video below:

Regina Sayles is a dynamic singer/songwriter who blends her musical abilities with a love for performance. Her capacity to blend various genres such as pop, jazz, soul, and country gives even the most diverse audience something to match their musical taste.

Sayles spent the first 18 years of her life growing up in a small town in Northwest Ohio called Tiffin. Although she is still a proud Buckeye, she is now based in East Stroudsburg.

In April of 2013, she released a live acoustic album titled “The Ann Street Session,” complete with videos of the recording on her YouTube channel.

“I love recording in the studio, but studio recordings can feel very different from a live performance, so I invited some friends over to my living room for the evening, teamed up with some great musicians, a sound engineer, and video crew, and ‘The Ann Street Session’ came to life,” Sayles explained.

In 2014, in addition to singing 100+ shows, she had the opportunity to open for female folk pioneer Tret Fure and female folk icon Ani DiFranco.

“It was a very humbling experience to share a stage with these amazing women,” she said. “I was extremely grateful.”

Sayles can be found performing in Pennsylvania, New York, New Jersey, Virginia, Delaware, Ohio, and any other state she finds a venue to host her. She also developed musical assemblies that promote character education in elementary schools.

“If you are ever having a bad day, go visit an elementary school; the kids will amaze you,” she emphasized.

Sayles works to learn the objectives of each schoolwide behavior program so she can reinforce its purpose with music.

“Kids need to know that what they are doing right now is building on what they can become. My goal is to present important character traits like respect and responsibility and, through music, promote their importance in everyday life.”

While most of Sayles’ career has focused on solo endeavors, she also worked as half of the duo Porter & Sayles for over four years. In 2015, she teamed up with singer/songwriter Christian Porter and they officially formed a duo that had the opportunity to open for Pat Benatar, the Steve Miller Band, Frankie Ballard, and Dan+Shea.

Porter & Sayles released their self-titled debut album on July 23, 2016 and have since released singles like the power anthem “#IAmOne” and the race car driver-inspired rock song “Buckled Up in Drive.” In April of 2019, the duo won a contest landing them a spot as a featured act on the Melissa Etheridge Cruise.

Sayles spent the last half of 2019 working on a handful of songs that she plans to record in 2020. She has worked some of these new originals into her live sets.

“It had been a long time since I sat with myself and dug deep to write some songs that are personal to me. I’m excited to share with my fans!”

When she is not singing, Sayles loves to cook, visit local breweries and wineries, go fishing, and hike with her dog, Dora the Explorer.

Read the full statement and watch the video announcement of NEPA Live From Home here. Watch the first episode featuring Nick Coyle below and learn more about him here: 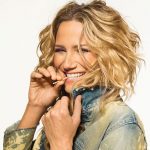