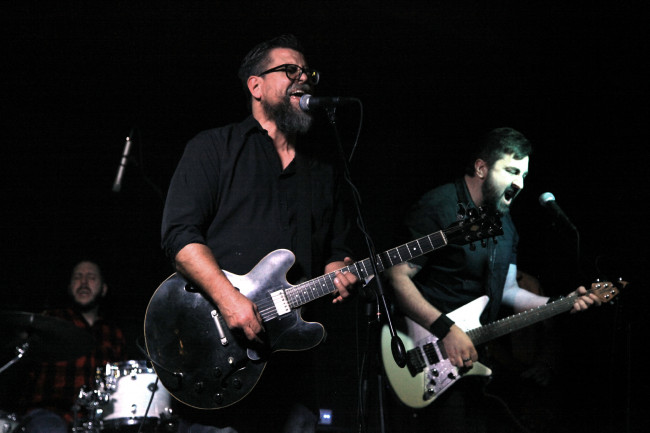 Following a postponement in March, it was announced today that the massive local benefit concert “BANDing Together for Bret” for respected singer, songwriter, musician, and producer Bret Alexander has been canceled due to the coronavirus pandemic, though there is a bright spot in this news.

Organized by music journalist and Music on the Menu radio host Alan K. Stout and AJ Jump, drummer and co-owner of Karl Hall in Wilkes-Barre, the concert was originally scheduled for April 11 at The Woodlands Inn in Wilkes-Barre. It was set to bring together many of the musicians Alexander has worked with and influenced since his career began as a studio engineer in the late 1980s and later rose to national fame as the principal songwriter and guitarist of Selinsgrove rock band The Badlees with their hit album “River Songs” in 1995. As the owner of Saturation Acres in Dupont, he recorded many notable artists from Northeastern Pennsylvania, including the debut EP of multi-platinum rock band Breaking Benjamin.

“When the event was postponed in mid-March due to the COVID-19 crisis, it was hoped that a new date could be scheduled for this summer. But, given new mandates and social distancing guidelines that have come forth from the Commonwealth of Pennsylvania, it has become clear that presenting the event this summer is not possible. In addition, because so many of Bret’s musician friends have been unable to work in recent weeks and might not be able to do so for some time, he and his family are uncomfortable asking them to play a benefit done in his name,” Stout wrote in the announcement on Facebook.

“However, with all this disappointing news also comes some very good news. Bret’s kidney transplant surgery went very well and he continues to make great progress with his recovery. He thanks everyone for their love and support and hopes to see everyone out and about playing again sometime in the not too distant future.”

Alexander suffered from a genetic kidney condition that required a transplant. Thankfully, his cousin donated the kidney, and a GoFundMe crowdfunding campaign raised $10,100 for him during his procedure and recovery.

“BANDing Together for Bret” would have featured an impressive lineup of local talent headlined by reunion performances from Underground Saints, Mere Mortals, the original lineup of Graces Downfall, and a special set of Pan.a.ce.a music by former band members Paul Young, Matt Jaffin, and Mike Morgan with Johnny Jones of Ashfall and Aaron Bruch of Breaking Benjamin. Bruch would have taken over lead vocals in place of Tim Farley, who currently lives in Texas.

Anyone who pre-purchased tickets to the show can receive a refund by emailing info@karlhall.org.

“If you choose not to receive a refund, the cost of the ticket will be passed on to the Bret Alexander Medical Fund,” Stout added. “Stay safe everyone. We are flattening the curve. Hopefully, we’ll all be back together soon.”

“Thanks to everyone who donated their time and resources, bought tickets, or agreed to play this event – it is very much appreciated!” Alexander added in his own Facebook post. “Would’ve been a special night. Hopefully we will all be back out there soon.”

Alexander seems to be feeling well enough to record again. After recently releasing his version of The Band’s “The Weight” with Paul Smith, AJ Jump, Nyke Van Wyk, and Stacia Abernatha from 2019, he uploaded new “Cellphone Sessions” videos featuring him and Van Wyk collaborating remotely on various songs, with more to come:

It was also announced a few weeks ago that he would be contributing to “NEPA Live From Home,” a live music series featuring regional artists performing safely from their homes during the pandemic, organized by the Mohegan Sun Arena at Casey Plaza and Karl Hall in Wilkes-Barre.

Performances are posted every Thursday at 7:30 p.m. on the Facebook and Instagram pages of both Mohegan Sun Arena and Karl Hall. Each free show will also feature a Q&A session that provides viewers a behind-the-scenes look into the artists’ lives.

The first season launched on April 30 and will wrap up with Alexander’s performance on June 4. See the full schedule and watch the first episode with Nick Coyle below. 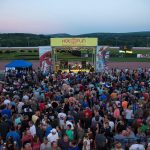 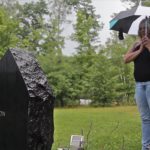