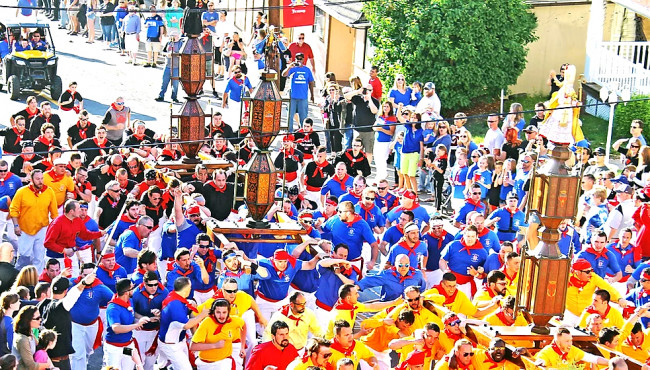 As the Saint Ubaldo Society in Jessup celebrates La Festa dei Ceri in different ways this year due to the coronavirus pandemic, WVIA-TV will air a special rebroadcast of its award-winning original documentary film “Ubaldo” on Saturday, May 23 at noon and 9 p.m. as well as Sunday, May 24 at 2 p.m.

“In light of the announcement of the cancellation of this year’s Saint Ubaldo Festival in Jessup, PA, WVIA hopes this helps the people of Northeast Pennsylvania celebrate the annual tradition safely in their homes as they anticipate the event’s return in 2021,” said Chris Norton, senior vice president of VIA Public Media.

Premiering in 2009, Ubaldo is a one-hour documentary film about a cultural festival steeped in 800 years of tradition and Italian folklore. Also known as the “Race of the Saints,” this event can only be found in two places in the world – Gubbio, Italy and Jessup, Pennsylvania.

In March, VIA opened its entire local documentary vault to the public to view anytime online, so “Ubaldo” is also available there for free.

The Steamtown National Historic Site described the event in detail in a press release last year:

With hundreds cheering from the streets and supporters jockeying for position, the “Race of the Saints” may not be the Run for the Roses, but it has just as much energy. Homes are decked out with yellow, blue, and black banners, and the streets are filled with exuberant revelers brightly decked in those same colors. The Saint Ubaldo Society annually renews a tradition brought to the Lackawanna Valley more than 100 years ago by immigrant families from Gubbio, Italy.

To counter the grueling work in area coal mines and to fondly remember their homeland, La Festa dei Ceri was introduced in 1909 as a “guiding light of hope” that helped unite subsequent generations of Italian-Americans with the land they left behind. The story goes back centuries to when Ubaldo Baldassini, aged bishop of Gubbio, single-handedly saved the town in 1155 from destruction at the hands of northern invaders. Some townspeople placed Ubaldo on an elevated platform that was raced throughout the town to reassure inhabitants of Ubaldo’s safety and that the town would not be sacked. Thus began the Gubbio tradition that crossed the ocean to become a beloved Jessup tradition.

Canonized as the “Protector of Gubbio,” the celebration was later expanded to represent the broader Italian-American community, with Saint Ubaldo (patron of stonemasons) being joined by Saint George (patron of merchants) and Saint Anthony (patron of farmers) in La Festa dei Ceri.

Intrepid, energetic devotees carry the ceri (Italian for “candles”), large wooden spires topped with statues of Saints Ubaldo, George, and Anthony, in a procession that at times appears more like a frenzied race through the streets of Jessup, just as they still do in Gubbio. While it’s a time of friendship and fellowship in which participants are united by wearing red neckerchiefs, the bright yellow, blue, and black shirts representing each saint ensures a festive and competitive atmosphere. And despite the knowledge that Saint Ubaldo will always win the race (more properly, a respectful procession), it’s a day that brings the community together.

“On behalf of the S. Ubaldo Society Board of Directors, the families of S. Ubaldo, S. Giorgio, S. Antonio, the 2020 Primo and Secondo Capitani and the three Capodieci, we regret to inform our community that due to circumstances surrounding the COVID-19 pandemic, the recent cancellation of the Festa dei Ceri in Gubbio (our sister city) and large gatherings throughout the entire country, this year there will be no S. Ubaldo day in Jessup, Pennsylvania,” the Saint Ubaldo Society announced on April 23.

“It was a difficult decision to reach, but our goal has always been the absolute safety of our ceraioli (runners), all participants, the entire community of Jessup, and the surrounding area. Although this decision did not come lightly, it affords us the opportunity to reflect on the power behind this festival, its true meaning, and our continued devotion to our saints and each other. Be well assured that La Festa dei Ceri in Jessup will be back stronger than ever in 2021! In a symbol of solidarity for the 2020 Festa dei Ceri, we ask everyone to please put your flags out on your homes for the entire a month of May – starting this May 1st! As we all deal with the uncertainty, be sure and continue to support the local community and our festival! Until next year, EVVIVA S. UBALDO, EVVIVA S. GIORGIO, EVVIVA S. ANTONIO! EVVIVA JESSUP, EVVIVA GUBBIO, EVVIVA I CERI!” 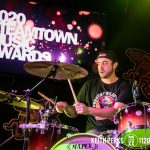