Big D and the Kids Table, Pietasters, and more ska bands play at Jazz Cafe in Plains on Nov. 7 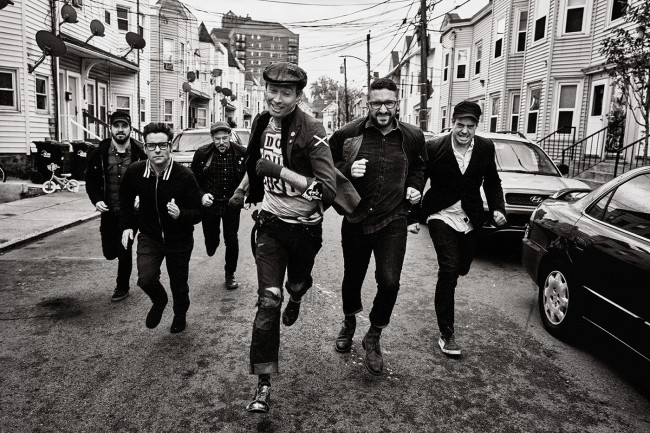 Ska punk music will be skanking back into the River Street Jazz Cafe in Plains when Big D and the Kids Table and The Pietasters return with Mephiskapheles and Catbite on Saturday, Nov. 7.

A special guest is also TBA.

Big D and The Pietasters sold out the venue in 2018, so tickets will likely go fast for this show. The Pietasters recently headlined the Carve 4 Cancer Winter Festival at Montage Mountain in Scranton on Feb. 8, and Big D is fondly remembered in the area for frequenting the now-defunct Cafe Metro in Wilkes-Barre, where they once played an acoustic set in the parking lot for over 150 people who were turned away at the door because the tiny club was filled to capacity:

David McWane, frontman of Boston ska punk band and Vans Warped Tour mainstays Big D and the Kids Table, once said, “There are people who want to be in a band and then there are musicians.” Once in a while, a group comes along that makes music simply because they have no other choice – they are addicted musicians. For over 20 years, Big D has proven just that, regardless of the band’s poverty. McWane describes the group as “modern American gypsies.”

“The person who put it best is [Warped Tour founder] Kevin Lyman,” he explained. “A friend once asked him if we were a ‘big band,’ and Kevin replied, ‘I’ll tell you this… they’ve been around for 14 years [at the time] and, each year, they’re extremely relevant.’

“Our new record is by far our best yet,” McWane continued. “It’s a bomb! Our energy writing it was incredible. As friends, we had a blast; as musician’s, we knew exactly what we wanted to craft; and as tour mates, we were all on the same page, writing songs that would make the coming tour a slaughtering battle on stage. We love energy, and that’s what we packed these explosive songs with.”

After eight records, including their latest back-to-back albums of original material, 2013’s “Stomp” and “Stroll,” that still holds true.

“I personally prefer shows where you have to prove yourself,” McWane added when asked which of the band’s thousands of live performances stick out in his head. “The Warped Tours, Reading and Leads, and the Dropkick Murphys tours that we did were exciting because you had to prove yourself. The feeling is similar to when your band first starts out; you get that first-show anxiousness.

“When you play shows where everyone loves you, then it turns more into entertaining – and that can be fun, but that’s not where I personally come from,” he elaborated. “I like the underdog shows more because they add spice and kick.”

“Lovers of our sound better get ready ‘cause no one’s gonna help them in the front row,” McWane said. “If you wanna relax, head to the back.”

In between working on new music, Big D and the Kids Table released a hard-hitting 13-song covers record in 2019 titled “Strictly Covered.” Filled with tracks from their favorite artists, Big D has put their own dirty ska, thrash, and dub styles into covers of The Mighty Mighty Bosstones, Operation Ivy, Propagandhi, Rancid, Beastie Boys, The Dead Milkmen, Hepcat, Voodoo Glow Skulls, Morphine, Sam Black Church, and Ministry, making them their own.

After the 2002 release of “Turbo” on Fueled by Raman, their hard work was rewarded with more good luck. In 2003, The Pietasters were chosen to back James Brown at the WHFS Holiday Nutcracker Ball at Washington, D.C.’s MCI Center (now the Capital One Arena). This was no support slot – they played as his band for the night. This was the start of a friendship with the Godfather of Soul that lasted until his passing.

All of these influences, events, and memories were distilled in the band’s 2007 release “All Day.” The album showcases how the band grew from playing sweaty house parties and nightclubs to sharing the stage with some of the world’s best musical talents. While playing live, they can’t get away with not including most of “Oolooloo” in the set, but they try to slip in as many cuts from “All Day” as they can. The Pietasters continue to deliver a world-class performance of their style of ska, rock, and soul – sing-along songs and dance-through-your-socks rhythms played by friends who remain true to their roots. A new album is in the works, and in recent years, they’ve played at the River Street Jazz Cafe, Montage Mountain, and the F.M. Kirby Center in Wilkes-Barre. 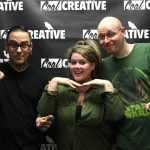