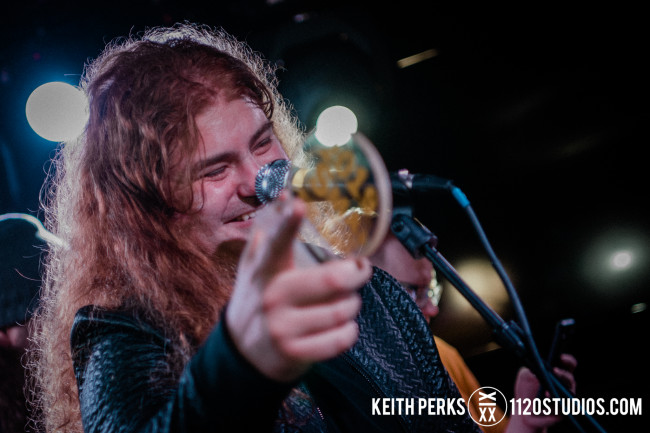 Following Monday’s virtual nomination event, the Steamtown Music Awards is listing all the nominees and breaking down more details on the award ceremony and voting process today on NEPA Scene.

The Steamtown Music Awards ceremony will take place on Sept. 10, 11, and 12 at The V-Spot in Scranton for the seventh consecutive year. This year’s ceremony will look different, though. There will be no tent outside, and we’ll be unable to have a large audience in the building.

The health and safety of our community is the No. 1 priority of both the Steamtown Music Awards and The V-Spot. Therefore, we will adhere to all local, state, and federal guidelines that are in place at the time of the ceremony. Whatever audience is allowed in the venue, per the designated legal capacity of The V-Spot (906 Providence Rd., Scranton), will be administered on a first-come, first-served basis.

We will adhere to and exceed safety precautions. Face masks and social distancing guidelines will be strictly enforced.

There will be live performances every night of the event.

What won’t change? We’re going to provide you with a quality award ceremony. Our No. 1 priority is to honor the area’s musicians and music industry professionals.

Also, The V-Spot still has some of the best bar food available in the area.

We’ve partnered with Scranton media production company Ionic Development, known for producing striking music videos, their Juicebox Sessions series, local live music streams, the Electric City Music Conference aftermovies, and the current iteration of the NEPA Scene Podcast, to make this the most high-quality live streaming experience available. This isn’t going to be a guy on stage talking into a cellphone. We promise to bring you a professional production.

Over three nights, we’ll live stream the event via Facebook and/or YouTube. We’ll make it as accessible as possible for you. There might be some other cool streaming site that Justin from Ionic knows about as well. He’s younger and cooler than we are.

Like I said previously, we’ll read the nominees and “present” the awards like we always do. We’ll also have live performances each night.

Our longtime partners NEPA Scene and 1120 Studios will again be involved in documenting the event as well. I have all the confidence in the world that photographer Keith Perks and journalist Rich Howells will be able to effectively document the event.

Every year, a few of the awards are decided by online voting. This year and this year only, we will feature a live voting element for every award. We have found that the online voting polls get shared a lot and result in a lot of attention for the nominees. Our hope is that these online voting polls provide bands with a source of promotion in this difficult year.

The online voting will not determine who wins the Steamtown Music Award – that will still be decided by a committee. The winners of the online voting will be crowned the “People’s Choice” in their respective categories. We will recognize them at the award ceremony and they will be presented with a special certificate of achievement.

We’ll quickly recap the Steamtown Music Award process for those who are interested. The nominees which you can see below were all nominated by the public. Public nominations take place from Jan. 1-May 31 each year. The public can nominate their favorites, and artists can even nominate themselves through a self-nomination form.

To prevent the awards from turning into a “popularity contest,” the winners are determined by a nonpartisan committee. The members of this committee are members of the local music community, bar owners, venue owners, journalists, radio personalities, fans, and lifelong musicians. Members of the committee are not permitted to vote on any categories that they have a personal connection to. All voting takes place anonymously through an online system.