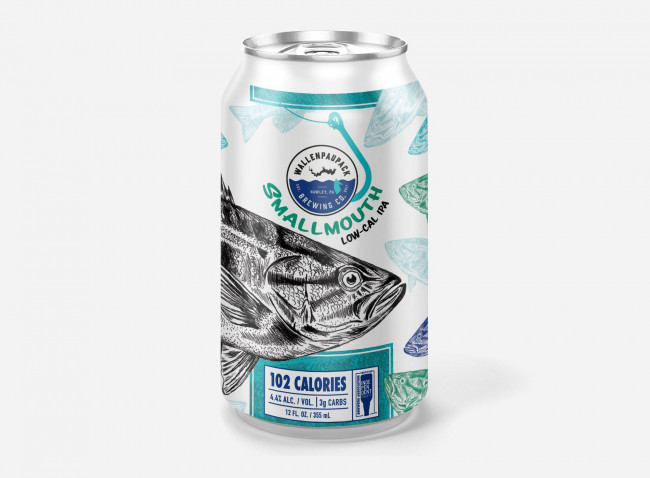 Sought by anglers all over North America, smallmouth bass are often found in clearer waters, including streams, rivers, and sandy bottoms of lakes and reservoirs. Today, smallmouths can also be found at Wallenpaupack Brewing Company in Hawley, adjacent to Lake Wallenpaupack, Pennsylvania’s second largest man-made lake.

Smallmouth IPA is the latest addition to the Wallenpaupack Brewing Company’s lineup, arriving at 4.4 percent ABV and 102 calories per 12 oz. serving. Bursting with flavors of citrus and berry, it’s a fresh alternative to higher alcohol options and meets the growing demand for more refreshment and flavor in lower calorie beers.

The can features a new look for the three-year old brewery, featuring fish illustrated with exceptional detail by local artist Jen Borror of Hoot Design Studio in York, Pennsylvania.

“We spent a lot of time listening to our customers about the types of beers they’d most like us to brew, and we’re thrilled to offer this latest option to them,” said Becky Ryman, owner of Wallenpaupack Brewing Company.

“More importantly, we had to get the liquid right and I’m thrilled with the outcome, which I know our customers will love. Our brewing team, led by Logan Ackerly, delivered a delicious beer that offers exceptional quality, flavor, and refreshment while remaining low in calories.”

The anticipation of the release of this low-cal beer has already gained significant attention in the community, so it is now available for pickup and delivery at the brewery (73 Welwood Ave., Hawley). Wallenpaupack also plans to offer shipping to in-state and out of state residents in the near future.

“This beer has all the potential of becoming a flagship offering at the brewery, meaning it will always be part of our core rotation,” Ryman added.

“We’re excited to see the response it receives during the rest of the summer months.”

Wallenpaupack Brewing Company is an award-winning brewery located in the Pocono Mountains. Inspired by the lake, the brewery produces a variety of exceptional craft beers that offer refreshment and complexity for any occasion. Independently owned and operated by Rebecca Ryman since 2017, Wallenpaupack Brewing is committed to independence, exceptional craft brewing, and the community it calls home.

From the looks of it, you're just as excited as we are for the release of our NEW Smallmouth Low-Cal IPA! Be sure to stop by the brewery this Friday to get your first taste of this super flavorful low calorie IPA! All the hoppy goodness you love. Less of the stuff you don't. . . . #hopfarm #craftbeernotcrapbeer #brew #beerstagram #beertography #seektheseal #beeroftheday #beerlover #craftbeerlover #drinkcraft #beerme #beerlife #drinklocal #supportlocal #nepa #pennsylvania #lakewallenpaupack #wallenpaupackbrewingco #poconos #socialdistancing #smallmouthlowcalipa

A post shared by Wallenpaupack Brewing Company (@wallenpaupackbrewingco) on Jul 7, 2020 at 4:02pm PDT 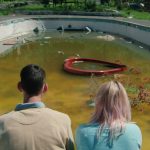 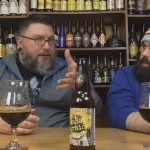