Legendary heavy metal band Metallica has confirmed their return to the stage for the first time since the “S&M2: Metallica & the San Francisco Symphony” concerts in September of 2019 that opened Chase Center in San Francisco.

Following the Garth Brooks and Blake Shelton country drive-in concerts, Metallica will be the first rock band to be featured in the Encore Drive-In Nights series, with a full set showing on Saturday, Aug. 29 at hundreds of drive-in and outdoor theaters across the United States and Canada, including the Garden Drive-In (20 State Rt. 11, Hunlock Creek) and the Moonlite Drive-In (1190 Shoemaker Ave., West Wyoming) in Northeastern Pennsylvania at 9 p.m.

This show will be shot specially for the Encore Drive-In Nights Series at a location near the band’s Northern California headquarters and will subsequently be edited and mixed by Metallica’s award-winning production team to the highest standards possible. The concert, which is the band’s first show in nearly a year, will feature material from throughout their near four-decade career and provide Metallica fans with an intimate, unique, and truly memorable concert experience.

Tickets, which are $115 per vehicle for general admission and $215 per vehicle for VIP Fast Pass admission, are on sale now at ticketmaster.com. Every ticket purchase, which admits one carload of up to six people, will include four digital downloads of Metallica’s “S&M2,” the long-awaited album documenting the two historic concerts that reunited the band and the San Francisco Symphony for the first time in 20 years.

“In all of rock, it literally doesn’t get any bigger than Metallica,” said Walter Kinzie, CEO of Encore Live.

“Over the course of their career, these guys have completely redefined rock, touring, and frankly what’s possible in terms of success in this industry. We’ve seen with our first two Encore Nights Drive-In concerts that fans absolutely dig the drive-in experience, and we know that Metallica is going to blow the top off of this thing and take it to a whole new level.”

“This is an exciting first for us as we continue to explore new ways to connect with you and keep playing live,” Metallica said.

“This definitely qualifies as a unique and memorable experience for us. We hope you think so too!”

The Aug. 29 show will also feature a special guest performance by Three Days Grace, the internationally acclaimed and multi-platinum certified Canadian band whose most recent album is the Juno Award-nominated “Outsider” (RCA Records). The band most recently released their cover of Gotye’s “Somebody That I Used To Know.” Three Days Grace scored their 15th No. 1 single on U.S. Billboard’s Mainstream Rock Songs chart with “Right Left Wrong,” and they also have 16 No. 1s at Mediabase. The band was named Rock Artist of the Year at the 2019 iHeartRadio Music Awards.

Drive-in theaters hosting the concert will adhere to recommended guidelines by the Centers for Disease Control and Prevention as well as all state and local health mandates. Staff will wear personal protective equipment and enforce at least six feet of space between cars. The series will also use contactless payment and ticketing systems and limit capacity in restrooms. Guidelines around concessions will be enforced to abide by individual state regulations.

Unlike traditional concert tickets that are bought for one fan’s individual admission, each purchase for Encore Drive-In Nights’ concerts will admit one carload of fans. That means up to six people can enjoy this once-in-a-lifetime show for one price.

Formed in 1981 by drummer Lars Ulrich and guitarist/vocalist James Hetfield, Metallica has become one of the most influential and successful rock bands in history, having sold nearly 120 million albums worldwide and generating more than 2.5 billion streams while playing to millions of fans on all seven continents. The band’s several multi-platinum albums include “Kill ‘em All,” “Ride the Lightning,” “Master of Puppets,” “…And Justice for All,” “Metallica” (commonly referred to as “The Black Album”), “Load,” “Reload,” “St. Anger,” “Death Magnetic,” and “Hardwired… to Self-Destruct,” the latter released in 2016 and charting at No. 1 in 32 countries.

Metallica’s awards and accolades include nine Grammy Awards, two American Music Awards, multiple MTV Video Music Awards, and its 2009 induction into the Rock and Roll Hall of Fame. In June of 2018, the band was awarded one of the most prestigious musical honors in the world – Sweden’s Polar Music Prize. Metallica’s newest release, the “S&M2” album and film, arrives Aug. 28 on the band’s own Blackened Recordings label. “S&M2” chronicles Metallica and the San Francisco Symphony’s Sept. 6 and Sept. 8, 2019 concerts that served as the grand opening of San Francisco’s Chase Center and reunited the band and the symphony for the first time in 20 years. “S&M2” brings those historic shows back to life, capturing more than two and a half hours of Hetfield, Ulrich, Kirk Hammett, and Robert Trujillo joining forces with the nearly 80-strong SF Symphony, legendary music director of the orchestra Michael Tilson Thomas, and conductor Edwin Outwater. 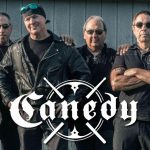 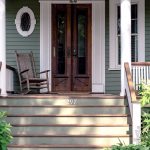