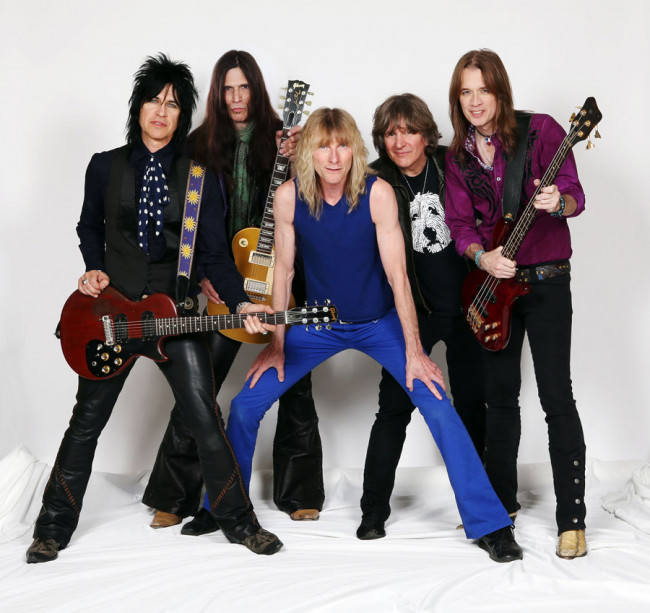 A new venue in Central Pennsylvania is changing its grand opening concert from one ’80s glam metal act to another less than two weeks before the show.

Yesterday, it was announced that Maryland rock band Kix will perform live at the Susquehanna Valley Event Center in Selinsgrove on Saturday, Sept. 5, replacing Mötley Crüe frontman Vince Neil, who was scheduled to sing his hits on Sunday, Sept. 6.

“Ehrsam said his company has held several events during the health crisis, including a two-day bluegrass event that attracted about 1,100 people in Perry County in early July,” The Daily Item article by Marcia Moore continued.

On ticketing website Eventbrite, it says the Neil concert has been postponed until the summer of 2021, and everyone who purchased a ticket will be issued a refund.

AC/DC tribute band Back in Black will open for Kix on Sept. 6. Gates at the Susquehanna Valley Event Center (205 Airport Rd., Selinsgrove) open at 5 p.m. Back in Black starts at 6 p.m., and Kix will go on at 8 p.m. This is an outdoor event, held rain or shine.

Tickets, which are $45 for general admission and $100 for VIP seating, are on sale now via Eventbrite. Children 13 and under are free. For more details, see the Facebook event page.

The event description states that limited tickets are available “to maintain a safe occupancy level. We are operating at 10 percent capacity so everyone has plenty of room to spread out. We have adapted CDC guidelines to operate safely for everyone. Attendees will be provided 2 1/2 times the CDC recommended social distancing space. Manned [porta potties], wash stations, and sanitizer will be on site to maintain healthy sanitation.

“Before entering, everyone must have their temperature taken (with a touchless thermometer) by our nurses and EMTs. You must wear a mask when entering. Once inside gate, you are free to take your mask off as long as you are respectful of everyone’s personal space and practice social distancing when possible. If everyone practices good hygiene and does their part, we can make this a positive experience for everyone. No pets allowed.”

No outside food or beverages may be brought into the event; food and craft vendors will be along the perimeter of the concert field. Attendees can bring lawn chairs and blankets.

Platinum-selling ’80s rock icons Kix heed the audience’s call. At every live show, and with every new release, they raise the bar higher – not only for themselves, but also for their rock band peers. Steve Whiteman (vocals), Brian “Damage” Forsythe (guitar), Ronnie “10/10” Younkins (guitar), Jimmy “Chocolate” Chalfant (drums), and Mark Schenker (bass) continue to deliver their signature brand of raucous, roaring, and real rock ‘n’ roll.

Kix was founded in 1978 in Hagerstown, Maryland, and after slugging it out as a local band, they were signed to Atlantic Records in 1981. Their self-titled debut album was released the same year and featured concert favorites like “The Itch,” “Heartache,” and traditional Kix show-closer “Yeah, Yeah, Yeah,” which is now incomplete without an originally unique ad-lib performance by Whiteman. Their second album, “Cool Kids,” yielded “Body Talk” and the ballad “For Shame.” Kix then partnered with producer Beau Hill (Ratt, Warrant) to create the powerhouse album “Midnite Dynamite,” released in 1985, which yielded another concert favorite, “Cold Shower.”

When the members of Kix traveled to Los Angeles in early 1988 to begin recording “Blow My Fuse,” they knew that the album could make or break the band. And, sure enough, upon its release in September of 1988, “Blow My Fuse” outperformed its predecessors. A video for the song “Cold Blood” dominated MTV’s popular “Dial MTV” program for so long that the network was forced to change the show’s rules to knock Kix out of the top slot.

“We had diehard fans who felt that our success was long overdue,” Whiteman said. “They all felt compelled to call in and vote every damn day.”

“Blow My Fuse” was certified gold. Then “Don’t Close Your Eyes” was released, and it peaked at No. 11 on Billboard’s Hot 100 chart, propelling the album to platinum status. “Blow My Fuse” cemented Kix as one of the preeminent hard rock acts of the ’80s.

“That album gave us a legacy. And something to stand on,” Whiteman noted. “It’s the reason we were able to come back and still do this. I’m convinced of that.”

In 1991, “Hot Wire” was released, featuring the single, “Girl Money.” As a touring act, Kix had graduated to arenas and opened for Aerosmith, KISS, Whitesnake, Ratt, and Tesla. Then came the arrival of the Seattle grunge scene and, as Whiteman lamented, “They were having a party, and Kix was no longer welcome.” In 1995, the band released what they thought would be their final album, “Show Business,” for CMC International Records, which marked the end of an era.

Kix gracefully eased back into the public consciousness in 2008. After reuniting for sold-out hometown gigs, the quintet hit the stage at Rocklahoma in front of over 20,000 people, venturing out of the Mid-Atlantic for the first time in 13 years. Delivering a triumphant set alongside the likes of Sammy Hagar and Alice Cooper, they left their mark on both old and new fans. After capturing their fiery reunion on 2012’s “Live in Baltimore” CD and DVD, the members agreed to enter the studio once again for 2014’s “Rock Your Face Off,” produced by Taylor Rhodes (Aerosmith, Ozzy Osbourne), the band’s first studio album in almost 20 years.

Following the revitalizing success of the new album, Kix released “Can’t Stop the Show: The Return of Kix” in 2016. The DVD/CD set includes a 71-minute film that explores the band’s decision to record their first new album since reuniting, interviews from notable rock artists and music industry characters, and never-before-released live tracks. “Can’t Stop the Show” reached No. 1 on Billboard’s Top Music Video Sales chart, which was the band’s first-ever No. 1 in their 35-year history.

On the 30th anniversary of their platinum album, “Blow My Fuse,” Kix released “Fuse 30 Reblown,” a special edition two-disc set, on Sept. 21, 2018, 30 years after “Blow My Fuse’s” original Sept. 19, 1988 release date. Disc one is an impactful remix of the album by Beau Hill, and disc two includes original demos recorded in the ’80s of all 10 songs.

The remix of “Blow My Fuse’s” original master tapes brings forth characteristics of the album that the band feels had been missing, including the approach to the unique guitar sounds of Brian “Damage” Forsythe and Ronnie “10/10” Younkins.

“The performances come out so much better in this remix,” Chalfant said. “All the crap’s taken off of it, and you can really hear the band playing, rather than the reverb playing.”

“It’s like getting cataracts removed,” Whiteman quipped. “The remix clears it right up.”

A new Kix album is in the works while the band continues to blow away audiences with their live shows across the U.S. and beyond.

“I just want everyone to end up on their feet,” Whiteman concluded. “It’s a party.” 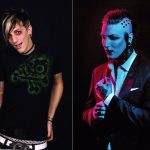