It was announced today that country singer/songwriter Granger Smith and his funny alter ego Earl Dibbles Jr. will both perform live at the Circle Drive-In Theatre in Dickson City on Saturday, Oct. 3, just a week after his new album is released.

Over the course of his groundbreaking career, Granger Smith has amassed a massive and rabid audience now known as “Yee Yee Nation,” built through heavy touring and grassroots fan engagement. He now has a social media following exceeding 8.5 million, along with more than one billion online video views.

Signed to BBR Music Group’s Wheelhouse Records, Smith broke onto the national scene with “Remington,” an album that garnered him the No. 1 smash “Backroad Song.” He was also awarded a BMI Country Award for writing, producing, publishing, and performing “Backroad Song,” followed by the Top Five hit, “If the Boot Fits.” “Backroad Song” was one of the Top 10 Most Played Country singles of 2016 according to Mediabase and has been certified platinum by the RIAA. His album “When the Good Guys Win” spawned the hit “Happens Like That” that has been certified gold.

Not only has Smith stacked major accolades as an artist, but he also released his first-ever book “If You’re City, If You’re Country,” which immediately hit No. 1 on Amazon bestselling lists. Known as an artist but also for his alter ego, Earl Dibbles Jr., his family’s YouTube series “The Smiths,” and his iconic outdoor apparel company Yee Yee Apparel, Smith is a jack of all trades.

Additionally, Smith and his wife Amber Smith started The River Kelly Fund to bring awareness and invest in children in need; arts and education; wildlife preservation; military, veteran, and first responder assistance; donor affiliations; and many more organizations in honor of their son River Kelly Smith. Taking all of these experiences and channeling them into good, he is releasing his 10th studio album on Sept. 25 called “Country Things, Vol. 1” which ultimately showcases the man, the father, the performer, and bona fide artist Smith has become.

This new batch of music from the born-and-bred Texan initially started back in early 2019. Smith was writing and creating and prepping for this album when all of those plans abruptly came to a halt.

“The vision for this music collection was just starting to come together. I had about six songs ready to record, and had booked a Nashville studio for June 5, 2019. And then we lost Riv the night of June 4,” Smith recalled of the tragic night he and his wife lost their 3-year-old son River in a drowning accident at their Texas home. “Everything stopped. The album wasn’t just on hold. It didn’t even cross my mind.”

But after several months of mourning, he was visiting his parents, sitting on their front porch just outside of Waco, and listening to the song he’d written earlier that year with Chris DeStefano, Bradley Rempel, and Jon Nite. “That’s Why I Love Dirt Roads” was one of the songs he’d been planning to record on June 5.

“It started hitting me in a different way. It had taken on new meaning,” he said. So he sat down to rework the song’s bridge to reflect that sometimes dirt roads are beat up and tossed in the breeze. “But no matter their scars, it doesn’t change what they are. That sounds a little like me.”

His team warned him against any kind of reentry into the music world, but Smith was insistent that if the song helped him cope, it could do the same for others.

“That was what I wanted people to hear me say. So when we started playing shows again, I was using that song to recalibrate my life,” he said. “You can relate life to a dirt road in a lot of ways: sometimes it’s beat up, broken, scattered, and washed out, and you don’t always know what’s around the next curve, but you take that road anyway. That’s what makes it beautiful.”

That one song was enough to get Smith ready to make music again. And just as he was taking stock of the songs he’d prepped for that June session after one last stop on his tour, he came back home. And so did COVID-19.

At first, the quarantine’s arrival seemed like a blessing for Smith. He sat down with the unexpected downtime and penned “Heroes” and “I Kill Spiders.” That’s when the album started taking a turn.

“I’ve never been the artist who creates a theme before we start. I’m the guy where the theme starts happening halfway through the process. When you start narrowing down the list, you see that you’re creating a story with the songs. So if you listen all the way down, you’re not gonna get stuck in one emotion,” he said. “It’s gonna take you different places.”

The title track is notable for one simple reason – simplicity. “After Riv, I really wanted to simplify a lot of things. We moved twice: first to get to a landing spot, and then second to a piece of land where we’re building a new house. So until then, we’re literally living in an RV parked in the barn on the property. ‘Country Things’ speaks to that simplicity of boiling everything down to the basics of what we need not what we want. We are so much closer now – to the elements, to nature, and to each other.” That’s how the banjo-heavy track led the way for this next chapter in Smith’s career.

Smith made the decision to release his new songs in two parts because of the current state of the world. It’s impossible to imagine that someone could digest 16 songs in one sitting and truly feel the complete ride he’s trying to give them. The 16 songs have Smith all over the map, but it is, and always will be, a country map. And rest assured, Earl Dibbles Jr. is along for the ride on three songs.

Earl brings Smith something of a creative release, and he compares Earl songs to the dessert you crave after a good meal. “Those songs seem to happen amidst the writing of all the other songs, but are always just on the back burner. They never take up real estate in my mind. They never overshadow the other music,” Smith said of leaving room for a little Earl.

“I don’t want people to take my albums too seriously. I love that there can be a lighthearted stroke. It took time for me to realize that I could write an impactful, heartfelt, moving song that gives you goosebumps. But what equally affects people is a genuine smile from an Earl song.” 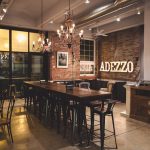 Why being stuck at home, unable to hang out in cafes and bars, can drain creativity 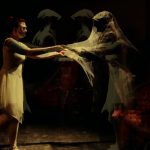 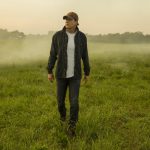