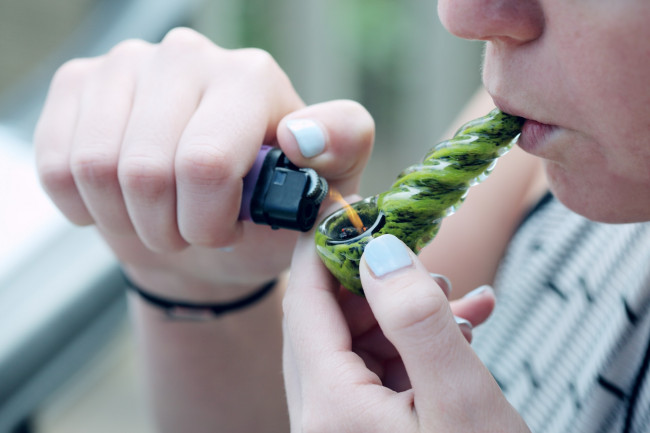 Today, Governor Tom Wolf and Lt. Governor John Fetterman called on the legislature to take up the legalization of adult-use cannabis to help with the state’s economic recovery amid COVID-19. Legalization will also create more outlets for important restorative justice programs in the commonwealth.

“Now more than ever, we see a desperate need for the economic boost cannabis legalization can provide. So today I am proposing we legalize adult-use cannabis here in Pennsylvania, with a portion of the revenue going toward existing small business grants,” Wolf said.

“Half of these grants would be earmarked for historically disadvantaged businesses, many of which have had difficulties attaining other assistance because of systemic issues.

“The other portion of the revenue will go toward restorative justice programs that give priority to repairing the harm done to crime victims and communities as a result of cannabis criminalization.”

Fetterman elaborated on the need for legislative action to provide for much-needed restorative justice.

“It has been nearly a year since Governor Wolf and I urged the legislature to act on immediate decriminalization and start the discussion about legalization,” he said.

“Now more than ever, we must stop prosecuting people for doing something that most Pennsylvanians don’t even think should be illegal.”

The governor also mentioned the economic benefits states with legal adult-use cannabis have realized. There are now 11 states, plus the District of Columbia, with legalized cannabis.

“Some states that have legalized adult-use cannabis have received millions in additional revenue,” Wolf said.

“In Washington state, adult-use cannabis brought in $319 million in tax revenue in 2018. In Colorado, that figure topped $266 million and provided the city of Aurora with $900,000 to open a space for people experiencing homelessness. And these figures don’t count the secondary economic benefits of new businesses opening.”

“Communities across our commonwealth are suffering,” said Senator Sharif Street, who joined the governor and lieutenant governor at the event.

“Government has a responsibility to provide for and protect Pennsylvanians without cutting vital support systems or levying new taxes during a pandemic. After years of disparate enforcement of marijuana laws, which drives mass incarceration, social justice reform must be central to any policy on adult use. I’m proud to support Governor Wolf in this effort.”

The governor, with the realization that standing up a legalized adult-use cannabis program will take time, called on the legislature to take immediate action to decriminalize possession of small amounts of marijuana, changing the charge from a misdemeanor of the third degree, which can result in jail time, to a summary offense, which does not.

“I stand with the governor and lieutenant governor in support of legislation legalizing adult-use cannabis because this issue is about far more than money,” said Representative Jake Wheatley.

“This is about criminal and social justice reform and righting past wrongs. It is about creating a flourishing new industry to help keep people safe and educate them on responsible use. Especially during a pandemic, we need to provide every avenue for relief and this one is well overdue.”

Wolf and Fetterman first called on the legislature to consider adult-use recreational marijuana legalization in September of 2019 after the lieutenant governor completed a statewide listening tour and a report back to the governor summarizing public opinion both on the tour and from tens of thousands of online submissions from Pennsylvanians. The majority of Pennsylvanians favor legalization, and from Fetterman’s report, three actions were outlined: a referendum on legalization, decriminalization, and expungement of small possession convictions.

Since that report was released, nothing has moved forward in the legislature.

With the onset and continued effects of the coronavirus on the commonwealth, on Aug. 25, Wolf called for adult-use cannabis as part of his broad fall legislative agenda.

Along with the call to the General Assembly to pass legislation legalizing the sale and use of adult-use cannabis, Wolf proposed that a portion of the revenue be used to further restorative justice programs that give priority to repairing the harm done to crime victims and communities as a result of marijuana criminalization.

In October of 2019, Wolf, Fetterman, and Board of Pardons Secretary Brandon Flood outlined how the then-recent expedited pardons process could benefit those who have low-level marijuana convictions by asking the board to expedite those pardons. However, the governor and lieutenant governor know there is more to be done.

“The time has come to legalize adult-use cannabis in Pennsylvania,” Wolf said.

Learn more about the fight for cannabis legalization in an interview with Jeff and Mandy Zick, the founders of the Pennsylvania Cannabis Festival and the owners of Big Yield Hydroponics in Scranton, in Episode 103 of the NEPA Scene Podcast: 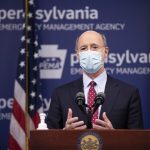