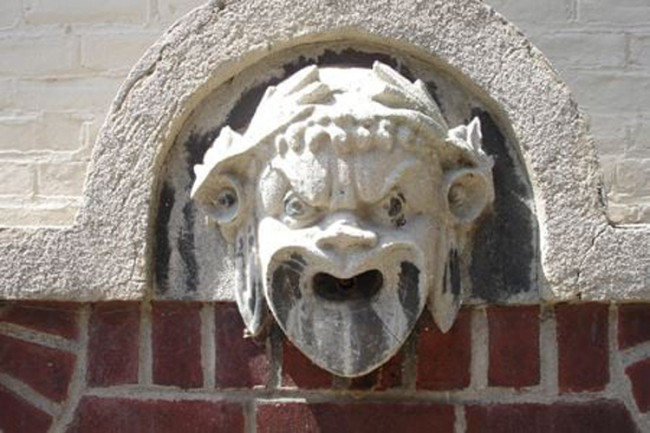 After a one-year hiatus, the Downtown Wilkes-Barre Ghost Walks will return in October, just in time for Halloween.

The Luzerne County Historical Society will once again host the popular guided tours on Friday, Oct. 23 and Saturday, Oct. 24, with eight tours running each night.

Walk through the downtown historic district and hear totally true stories of ghosts, murders, and hidden graveyards in Wilkes-Barre. Stops include Public Square, the site of the former Sterling Hotel, River Street, and the only known place where Romans walked. Join the society’s own Dr. William V. Lewis as he takes participants on a trip through the darker side of the Diamond City, from the mid-1700s right through the 20th century.

All tours start in front of St. Stephen’s Episcopal Church (35 S. Franklin St., Wilkes-Barre) and last approximately two hours. Tours set off every 15 minutes, with the first starting at 7 p.m. and the last at 8:45 p.m. Tickets, which are $10 per person, must be purchased online and are on sale now via Eventbrite. No tickets will be sold at the door.

Due to COVID-19, tours are limited to the first 21 reservations only. Masks must be worn at all times.

The mission of the Luzerne County Historical Society is to preserve and promote the collective history and heritage of Luzerne County. It is the oldest county historical society in the Commonwealth of Pennsylvania, continuing to pursue its mission through exhibits, events, lectures, and tours at its museum, library, and historic houses, as well as by stewarding its comprehensive local history collection of objects and documents.

On Feb. 11, 1858, a group met at the Old Fell Tavern in Wilkes-Barre to celebrate the 50th anniversary of the first known successful burning of anthracite coal in an open grate by Judge Jesse Fell. During the ceremony, General E. L. Dana suggested the founding of a historical society. A resolution passed unanimously, and the Wyoming Historical and Geological Society was incorporated in May of 1858.

By 1877, the society had acquired rooms in Odd Fellows Hall and was able to open its collection to the public on Friday evenings. It later added a meeting room and library, and memberships and donations increased. In 1882, Isaac Osterhout directed that space for the society be included in the free library that was to be established under his will. The Osterhout Free Library trustees voted to erect a separate building behind the library to house the collections of the society. The building opened in 1893.

During the 1920s, the society, under director Frances Dorrance, increased its Native American collection and became one of the leading organizations in Pennsylvania to promote the protection of archaeological sites in the state. In 1925, under President Col. Dorrance Reynolds, the society acquired the Wilkes-Barre Institute across the street from the museum on Franklin Street. A display about the daily life of late Victorian, upper-class families, as well as other special exhibits, were housed here. The society owned this building until about 1940.

In 1958, the Swetland Homestead was given to the society. Originally built in 1803, the house was enlarged in the 1810s by William Swetland. Swetland descendant Dorothy Dickson Darte, along with her daughter and son-in-law, Kitty and Ned Darling, and their children, Ed and Dorothy, donated the house to the society.

In the mid-1960s, the society acquired the Denison House in Forty Fort. Tours were given by society staff and volunteers until the mid-1970s, when the society turned the house over to the Pennsylvania Historical and Museum Commission.

The Hancock House in Wyoming was given to the society around 1969, through the estate of Dorothy Dickson Darte. The Hancock House, built around 1890, was a caretaker’s home for the Swetland Homestead.

Throughout the years, the museum’s collection kept growing. By 1971, the society decided to acquire a building to house the library and archival collections. The rectory of St. Stephen’s Church was purchased through a generous donation by Elma and Bessie Bishop, two sisters from Berwick who spent most of their lives conducting genealogical research for others. Built in 1876, the house became the parish home for the neighboring St. Stephen’s Episcopal Church in the early 1900s. Almost one year after the society acquired the Bishop Memorial Library, Hurricane Agnes hit in June 1972.

The Historical Society was not spared during the Agnes flood. The basement in the museum was inundated with water and then mud after the water receded. While approximately 4,000 items were damaged and destroyed, many of the rare books and manuscripts had already been transferred to the second floor of the Bishop Library and were spared the worst.

In the year 2000, the society adopted a new name – the Luzerne County Historical Society. This reflected the society’s expansion of its mission from interpreting and collecting the history of the Wyoming Valley to the entire county of Luzerne. The museum continues to display rotating exhibits on various aspects of local history. Recent exhibits include “Native Americans of Northeastern Pennsylvania,” “Bringing the Giant to Its Knees: The Giant’s Despair Hillclimb,” and “The 1920s.”

In 2010, the society once again took over the Nathan Denison House in Forty Fort. The house was built in 1790.

The Luzerne County Historical Society (49 S. Franklin St., Wilkes-Barre) maintains a museum and library about Luzerne County and interprets the history, traditions, events, people, and cultures that have directed and molded life within the region.