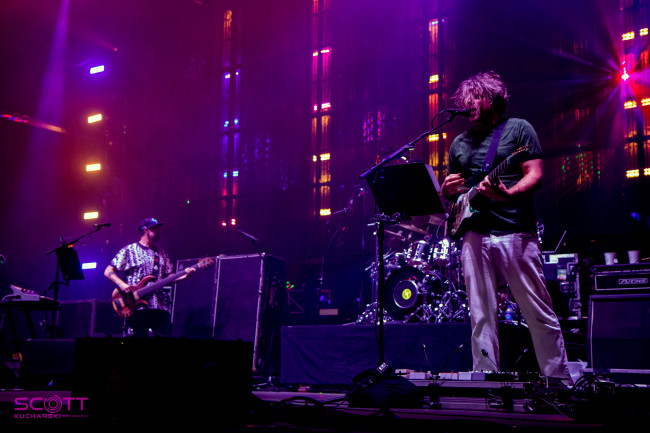 This year’s Camp Bisco may have been canceled and rescheduled for the same weekend next year due to the coronavirus pandemic, but that won’t stop festival founders The Disco Biscuits from performing at Montage Mountain in Scranton in 2020.

Parking spots are first-come, first-served, and these are rain or shine events. For more details, visit the Facebook event page.

The Disco Biscuits are an entirely different band today than they were when they first broke out of Philadelphia in the mid-1990s. That’s not to say that they’ve abandoned their foundations, switched gears entirely, or set sail for distant shores. They are still very much the trailblazers of “trance-fusion” that they’ve always been, bridging the gap between electronic music and jam bands. They remain rock pioneers whose soul belongs as much to marathon dance parties as it does to live improvisational journeys. They still employ emerging technologies to help them create music that is 100 percent human, although perhaps not entirely of this Earth.

Their annual music festival, Camp Bisco, came to The Pavilion at Montage Mountain and the adjacent Montage Mountain Waterpark in 2015 and made a permanent home in Scranton; this year would have been the 18th annual event. Now that drive-in shows have become a viable alternative for touring bands, The Disco Biscuits are hitting the road this month, starting with four shows in Yarmouth, Massachusetts. After stopping in Scranton, they’ll be in LaFayette, New York for three nights, including Halloween.

On June 23, The Disco Biscuits took over the baseball field at Citizens Bank Park for “The Disco Biscuits Take You Out to the Ball Game,” a free live stream performance from the infield dirt at the home of the Philadelphia Phillies.

Presented by Live Nation, the event called upon viewers to make charitable contributions while they watched live on the official YouTube and Facebook pages for The Disco Biscuits, Phillies, and Live Nation, as well as on Live Nation’s Live from Home platform. 100 percent of all proceeds benefited the PLUS1 for Black Lives Fund. Donations were distributed to various organizations, including the Urban League of Philadelphia.

The band was in discussions with the Phillies to perform at Citizens Bank Park when the death of George Floyd in Minneapolis sparked deserved national outrage regarding the ongoing struggle with racism and violence aimed at the black community that has plagued the United States for centuries. All partners in the event recognized that something had to be done to fight against the many systemic injustices at the root of the issue.

Once the show pivoted to a benefit for the PLUS1 for Black Lives Fund, which is centered on empowering black communities, transforming the criminal justice system, and building equitable and dignified systems, Live Nation was contacted and informed of the details. The world’s leading live entertainment company immediately pledged full and unconditional support for the event, including financial funding, personnel, production support, and other resources.

Along with the use of the ballpark, the Phillies also committed resources and personnel to the event. Phillies jerseys for the musicians, the use of the Phanavision and other iconic stadium signage, an introduction from iconic public address announcer Dan Baker, and other signature ballpark elements provided the concert with the look and feel of a baseball game.