He’s been watching you. Come… closer.

Wear your stupid man suit, or whatever you like, and meet Frank the rabbit from the cult classic movie “Donnie Darko” at The Strange and Unusual Oddities Parlor in Kingston on Halloween, coming up next Saturday, Oct. 31.

Professional photos with Frank will be taken by Amy Bezek Photography from noon-4 p.m. for $20. Actor James Duval will not be wearing the creepy bunny suit, but the event will serve as a festive fundraiser for the Street Art Society of NEPA, a nonprofit also based in Kingston.

No appointment is required, and wait times will vary. Get your photo before the world ends in “28 days…6 hours…42 minutes…12 seconds.” For those who have never seen the 2001 film, a plot summary reads:

During the presidential election of 1988, a teenager named Donnie Darko (Jake Gyllenhaal) sleepwalks out of his house one night and sees a giant, demonic-looking rabbit named Frank, who tells him the world will end in 28 days. When Donnie returns home, he finds that a jet engine has crashed into his bedroom. Is Donnie living in a parallel universe, is he suffering from mental illness – or will the world really end?

“We will be strictly following CDC-recommended guidelines, including the requirement of masks (may be taken off for the photo), social distancing, and proper sanitation. You are kindly asked to wait in line outside at the designated markings on the pavement to enter. This will minimize the amount of people inside The Strange and Unusual,” the Facebook event page noted.

“No cell phone photos are allowed for this event.”

As a member of the Street Art Society of NEPA, Bezek’s black-and-white mural artwork can seen outside on the northeast wall of The Strange and Unusual (467 Wyoming Ave., Kingston). A press release from June describes the history and mission of the group:

In 2018, a small group of women artists and community activists got together with an interest in completing mural projects in Luzerne County. The Street Art Society of NEPA is a grassroots nonprofit corporation that formed as a result. Its mission is to improve the aesthetic, cultural, and investment value of communities in Northeastern Pennsylvania by initiating and coordinating the completion of public artwork within those communities.

The vision of the Street Art Society is to develop a forward-thinking attitude and awareness of the power of visual art among residents of NEPA. Whether it is a mural, sculpture, community garden, or labyrinth, the goal is to connect people with their environment.

The Strange and Unusual carries “one-of-a-kind goods and unique collectible items for you, your home, and the strange and unusual people in your life,” including clothing, antiques, vintage items, jewelry, books, furniture, knick-knacks, novelties, and ethically-sourced, cruelty-free taxidermy, skulls, bones, and bugs pinned neatly behind frames.

After spending years collecting weird and creepy things as he toured the world as the keyboardist of Scranton metal band Motionless In White, owner Josh Balz founded the Kingston oddities shop in 2013 using pieces from his own collection before expanding into a bigger building.

Balz played on the band’s first three albums on Fearless Records and their 2017 Roadrunner Records debut, “Graveyard Shift,” before leaving the group in early 2017. His continues to create music with his solo project, Strange Kids, and also founded Noir Nights, a mysterious and kinky pop-up bar series at Stage West in Scranton.

From masquerade parties to a dark circus, these exclusive events require attendees to dress all in black and leave their cameras and inhibitions at the door as the “dark and sinful corners of the human psyche are on full display.” The first was held on Halloween in 2018, and he continued to sell out each event on Black Friday, New Year’s Eve, Valentine’s Day, Devil’s Night, and most recently a “Death of 2019” New Year’s Eve masquerade party.

This concept is currently being expanded into Noir, a goth-themed bar in downtown Scranton. It will open in the space formerly known as The Keys, an important hub for the local music scene. Meanwhile, Balz recently teamed up with Camelback Mountain in the Poconos to create a haunted roller coaster just for the Halloween season.

See NEPA Scene’s photos of Balz performing with MIW at the 2016 Vans Warped Tour in Scranton here. Listen to him talk about The Strange and Unusual, Noir Nights, 10 years of playing all over the world with MIW, his private collection, Strange Kids, and more in Episode 81 of the NEPA Scene Podcast: 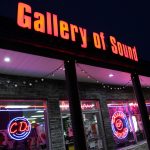 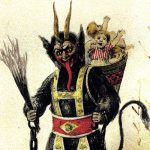