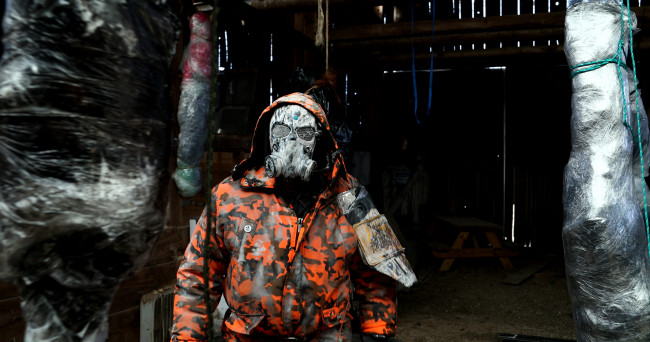 The mere mention of this flaming nail bomb of a band from the “City of Brotherly Love” can strike terror in the souls of promoters, venue owners, and aggressive music fans alike.

Born in Philadelphia in 1996, Bad Luck 13 Riot Extravaganza has become the thing of mosh pit legend – a fiery, multi-headed hardcore/metal outfit with sometimes as many as 13 (or more) members on and around stage. Barbed wire baseball bats, fluorescent tubes, wrestling, human blood, flying bottles, and pyrotechnics are staples of a Bad Luck 13 show.

If you grew up in the late ’90s or early 2000s and unknowingly found yourself at This Is Hardcore or Hellfest or any number of other unfortunate host locations for this phenomenon, within seconds, you may have felt that something was very wrong. Their first few albums had controversial names that were equally as terrifying to the mainstream record-buying public. During this Halloween season, treat yourself to “We Kill Children,” “Bats on the Dance Floor,” “With Friends Like These… Who Needs Enemies,” or “Killadelphia.”

In the early days, BL13RE rarely made it through more than a few live songs before the incendiary energy and activities of their cult-like devotees would grind the show to a halt. One particular time, the band was canceled before they even arrived at the venue. They then took it upon themselves to set up in their hotel lobby and lit the fuse. A video of the exchange between the oblivious nighttime hotel manager and JAG13 (one of the three lead singers for the band) is hilarious. Panicked, the woman asks what exactly is going on. You can hear an off-camera JAG13 explain that her boss “hired the band to perform through their booking agent,” to which she immediately asks, “How much do we owe you?” to which he replies “$350.00.” In horror, she turns to an assistant and requests the amount from the register immediately.

You really can’t make this shit up.

These types of instances have helped headbutt Bad Luck 13 into the historic halls of Internet lists such as “10 Bands That Are Actually Terrifying” (Alternative Press), “Top 10 Pits,” and “Craziest Frontmen.” In 2004, a filmmaker named Joseph Frantz released “Bad Luck 13 Riot Extravaganza: Let the Riot Begin.” It was advertised as a documentary about one of the most violent bands in extreme music. This film helped to take a relatively underground musical tsunami and make it global with the assistance of the World Wide Web.

For many fans of extreme wrestling, horror and gore, heavy music, and weird art, BL13RE became the benchmark by which stage shows, brutal music and dangerous dancing were set. For 25+ years, this circus of jarred lunacy has lived up to their long-ass name. Last year, we at Camp Rattler had the privilege of letting the chaotic legends headline the inaugural Darkenheavy Campfest at Mountain Sky in Jermyn last year. This wild performance sparked conversations of old bands, common friends, and war stories from the road. These talks led to us building out an extended three-song release that incorporates bizarre and violent scenes from a Camp Rattler passion project called “Gleam: An American Drug Story.” It is a video comic book that heralds the rise of a street drug that transforms users into rotting, mindless addicts and the anti-hero that is hellbent on hunting and exterminating the super-thugs who are manufacturing and distributing this nefarious high. This main character’s name is Speed McQueen but, to the insidious drug villains, he is simply known as “The Hatriot.”

That’s like “patriot,” but with a lot more hate. We look forward to returning to work on this story line once America gathers control of its own nonfictional pandemic.

This past weekend, Camp Rattler buzzed down to Philly to hang out and get tattooed by Jason A. Goldberg, the alter ego of JAG13 and longest-standing member of Bad Luck 13. While having our fingers done, we asked Jason five questions. Some of that conversation sounded something like this.

JAMES CALLAHAN: What was the 15-year-old Jason A. Goldberg listening to? What cassette was in the boombox at that time?

JASON A. GOLDBERG: Well, mostly whatever was featured on those old Thrasher compilations. Skating was my life back then. I was never really good at it, but I loved it. I found so many awesome acts through those old skate tapes.

JC: Who was your favorite pre-millennium pro-wrestler?

JAG: As a kid? Man, I loved Snuka, Blackjack Mulligan, and Abdullah the Butcher. I used to like that they would blur out what was going on with the “gimmick” and then just show all the blood. [laughs] It was great.

JC: What is your favorite Philly cheesesteak?

JAG: In all of Philly? Definitely Joe’s. [Joe’s has two locations. Check them out.]

JC: Where did your worst injury occur – onstage or the pro-wrestling ring?

JAG: My worst injury was my back… and it happened years ago onstage on tour out West. A big fat guy tried to fly over me and landed on me! The next night in Vegas, I couldn’t move. I asked the boys how much money was left in the band fund. After finding that we had enough cash to stay in Las Vegas for a few nights, we ended up canceling our next show and partying at the hotel pool for a bit. [laughs]

JAG: I like a lot of new stuff. I love the new Napalm Death. Wait! They aren’t a new band. I do go to This Is Hardcore every year to catch all the new bands. There is some good new stuff out there.

We had a blast discussing the awesomeness of Rob Halford, non-metal artists, Amigo the Devil and Twin Temple, that time Greg “The Hammer” Valentine crushed an old man spectator’s jaw in the Scranton CYC in the late ’80’, Bridget the Midget, and 7-inch record releases, among other “not for prime time” topics. Kristin Rose Shimonis and I left there laughing, loaded with JAG swag and indelibly marked forever. Check out Bad Luck 13 Riot Extravaganza on Facebook, Instagram, and Spotify to scare the pants off yourself and your loved ones this 2020 Halloween…

I mean, as if 2020 hasn’t been frightening enough. 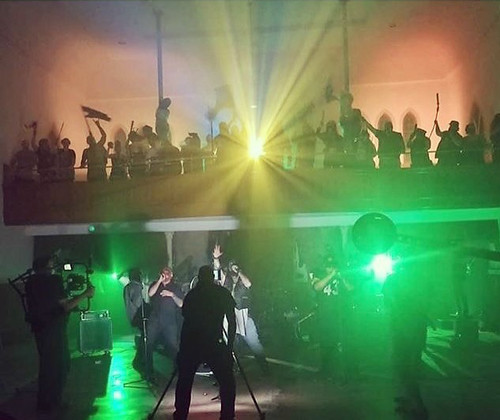 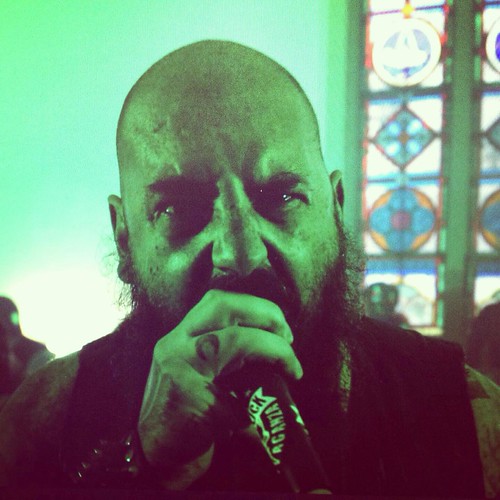 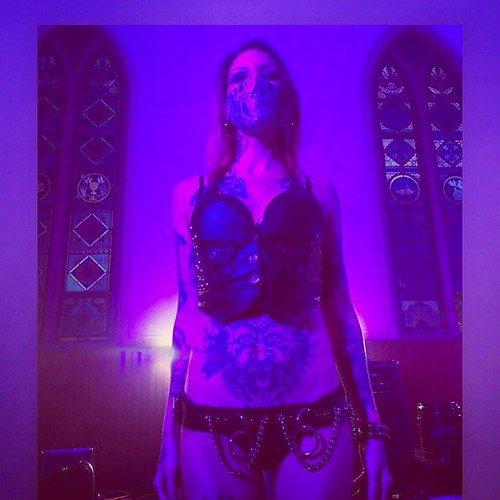 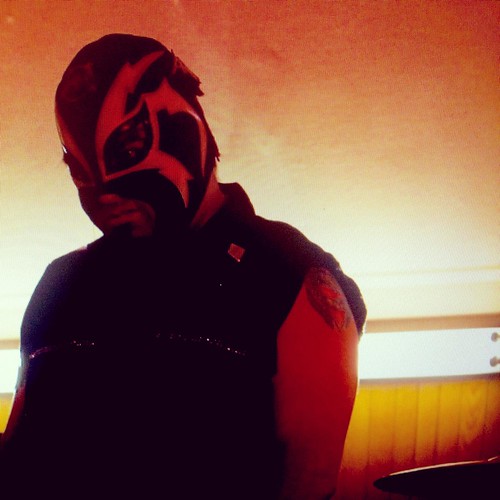 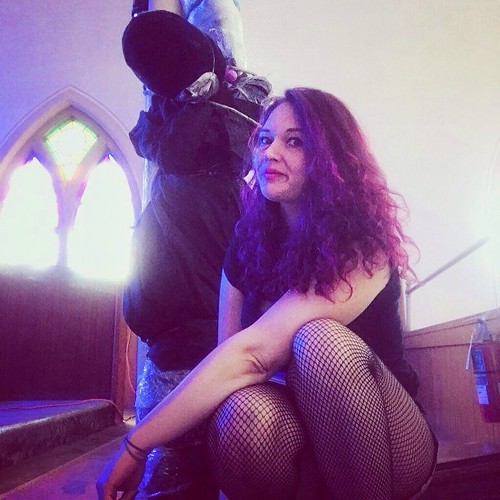 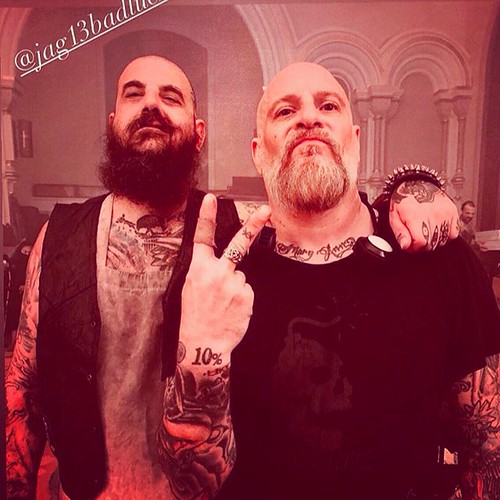 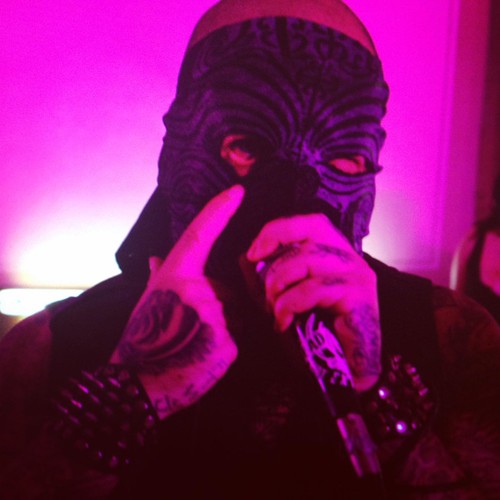 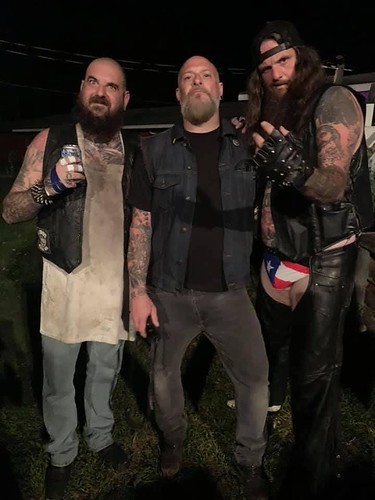 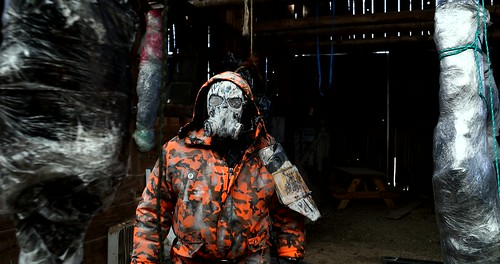 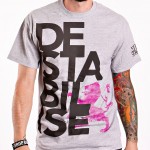 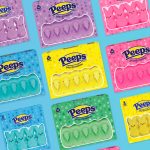 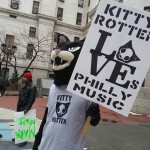