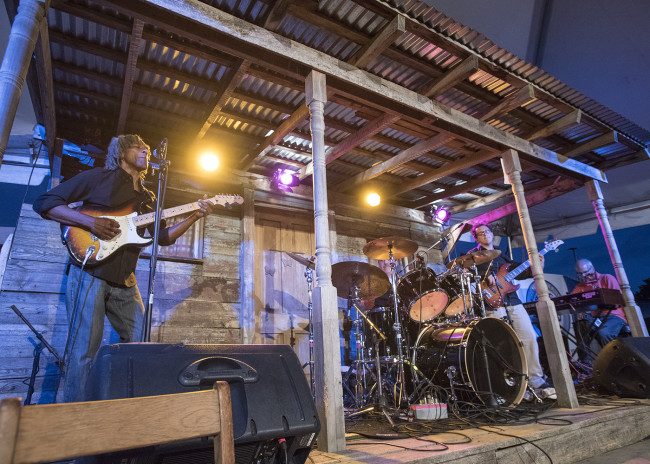 Clarence Spady has long represented his hometown of Scranton as an acclaimed, internationally renowned blues musician. His recent signing to Nola Blue Records and plans for a new album in 2021 show a renewed focus on his musical legacy as an ambassador of Scranton.

At the same time, Scranton has been the subject of heightened awareness at a pivotal time in American democracy. Birthplace of President-elect Joe Biden, Scranton, Pennsylvania is a city of both historical and cultural significance. Known as the “Electric City” to commemorate being one of the first electrified cities in the United States and home of the first fully electric-powered streetcar, the city sign illuminates the Scranton skyline at night with beaming pride.

In addition to Spady, his longtime band members are also of great musical accomplishment and pride for Scranton. Bassist Jon Ventre is a second-generation musician and son of Bob Ventre, professional jazz guitarist and past member of the world-famous Glenn Miller Orchestra. Drummer Pat Marcinko is a third-generation Scranton drummer and son of Pat Marcinko, Jr., the longtime music director at Scranton Central High School. Keyboardist Bob O’Connell was instrumental in helping the 1970s Scranton-based rock band The Buoys get their national recording contract, in addition to having his own European hit song, “Stoplight.”

Scranton heritage and pride shines through in every electrifying recording and performance by the Clarence Spady Band. Therefore, to embrace and honor that legacy, the band will now be proudly billed as Clarence Spady and the Electric City Band, and their new band logo is inspired by the city’s iconic Electric City sign.

“As a Scranton native myself and former owner of the Blues Street Nightclub, I can say with confidence that there are no better musical ambassadors of our great city than Clarence Spady and the Electric City Band,” said Scott Goldman, president of Bluescope Music and Spady’s manager.

Spady’s new single, “Surrender,” has been receiving worldwide airplay and acclaim since its release last month. His next single will be released on Friday, Dec. 11, followed by a full album next year on Nola Blue Records in Lancaster. Music heals, inspires, and unites. Clarence Spady and the Electric City Band look forward to sharing goodwill and great new music in 2021.

“Surrender” is the debut single from Spady’s first album in 13 years. Not one to hide from the mistakes of his past, nor to let his guard down long enough for those demons to return, he was inspired to write “Surrender” after one of his daily recovery group meetings held at a local church. The theme that morning was surrender. At the conclusion of the meeting, he sat down at the piano and the initial seeds were planted.

The song was recorded at Red Rock Recording Studio in Saylorsburg and engineered, mixed, and mastered by Kent Heckman. Music journalist Bill Dahl wrote, “With the release of the emotionally charged ‘Surrender,’ Clarence Spady reclaims his place as one of the fieriest and most intense blues guitarists and vocalists of his generation.”

Goldman, who has managed Spady’s career since 1991, said, “From fourth grade when I first heard Clarence perform to today as we embark on an exciting new partnership with Nola Blue Records, I’m proud of Clarence for his resilience in the face of many obstacles. We are both so excited for this opportunity to share his transcendent musical ability with the world.” 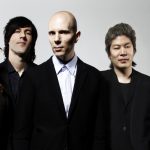