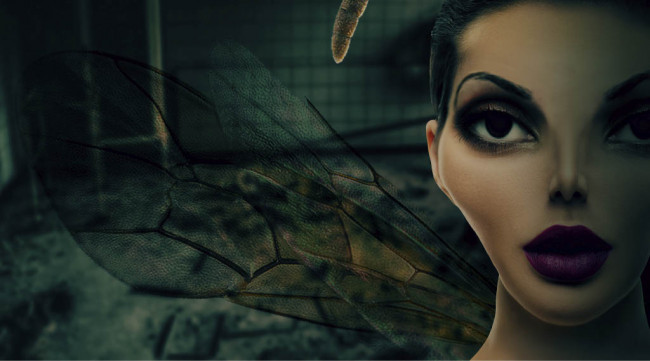 The Voiceover Repertory Company, which features a voice actor from the Lehigh Valley in a lead role, has released their premiere production, “The Wasp Woman,” as a streaming audio drama available on all major podcast platforms and on vorep.net for free.

“The Wasp Woman” is a campy adaptation of the 1959 B-movie of the same name produced by Roger Corman. The half-hour satirical drama is a cautionary tale of a corporate cosmetics queen who will do whatever it takes to stay youthful and relevant, no matter how horriﬁc the cost.

VO Rep is a brand new audio entertainment company created to provide “pop audio drama” with a fresh and unique take, for discerning audiences seeking value for their attention. Each podcast-sized episode will feature an adapted or original story full of action, wit, and color – a lot of fun in a small package, “snack food for your ears.” VO Rep plans to release four full audio productions annually, with smaller works interspersed throughout the year.

VO Rep is the brainchild of voiceover artist Tara Langella, founder of the company. She credits the inspiration for starting VO Rep to her love of theater. Her uncle – actor Frank Langella, known for playing Dracula, Skeletor, and other memorable roles – introduced her to the world of the repertory company, where a group of artists tirelessly worked on and off the stage to create both art and a community.

This sense of community is the basis for VO Rep.

“I want to bring together an ensemble of dynamic and versatile voice actors, sound designers, directors, and other creatives to tell their own stories with an irreverent point of view,” Langella said.

In the true spirit of a repertory company, all founding members of the group are involved in the curation and script development process, in addition to the actual performance.

Foster was an on-air radio talent in Central New York in his teens and 20s, hosting shows in Rochester, Elmira, and Binghamton in the early 1990s. Today, he can be heard occasionally hosting news programs on local public radio station WDIY and commercials during your favorite television shows. He’s done national, regional, and local TV and radio commercials, corporate voiceover, and some character work for independent animation and video games.

Foster portrays the protagonist of “The Wasp Woman” and other roles as well, while Langella continues her family’s tradition and portrays a classic villain. Roger Corman himself called the adaptation “amusing.” It was rated 4.5 stars by Audio Drama Reviews and currently has a 5-star rating on Apple Podcasts.

VO Rep has drawn other industry talent behind the scenes. The members’ irreverent point of view attracted creative director Daniel Azarian. As a commercial producer of branded entertainment, he helmed the company’s concept of presenting classic work with modern flair. He sees “The Wasp Woman” as the perfect project to launch VO Rep. The retro sensibility of the script, music cues, and dialogue are melded with a sharp modern sensibility, such as references to Botox and millennial vocal fry. This blend of styles is not just being used for the production, but also the marketing and promotion.

Writer Steve Weintz was tapped to write for the company and penned this adaptation of “The Wasp Woman.” His articles on weird and obscure military technology have appeared in Medium’s “War Is Boring” and The National Interest magazine. Weintz relishes adapting stories from one medium to another and draws on the world of vintage pop stories when writing VO Rep’s scripts.

Listen to “The Wasp Woman” below or visit vorep.net for other streaming options: 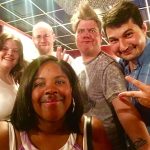 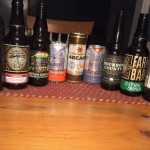