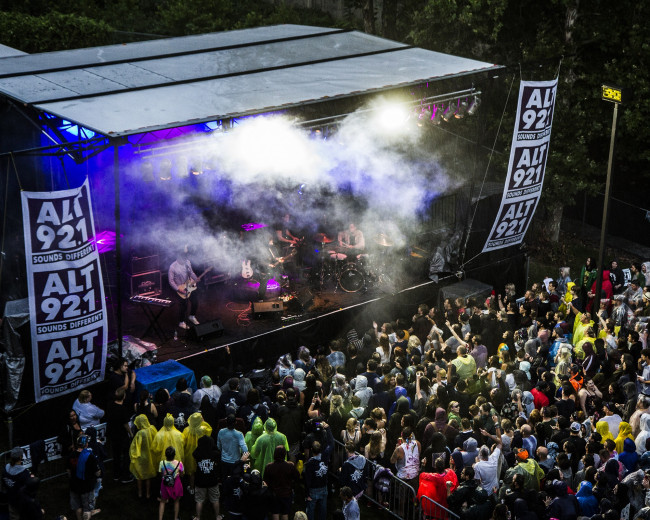 The slogan for Scranton/Wilkes-Barre radio station Alt 92.1 was “sounds different.” Today, it sounds very different as alternative rock is replaced with Christmas music for the foreseeable future.

The website and social media pages for Alt 92.1 and its weekly local music showcase Alt-Natives on Alt 92.1 have been taken down, replaced with a Christmas 92.1 Facebook page and 24/7 holiday tunes. This seemed to happen abruptly, with no farewell message or hint of what the future holds for this station once December is over.

92.1 FM has gone through many format changes over the year, from oldies to sports to rock station Fuzz 92.1 in 2012, which rebranded as Alt 92.1 in early 2017. The annual Fuzz Fest at The Pavilion at Montage Mountain became ALTitude, and concerts with national touring artists continued under the Alt banner, like the annual Snow Show and free Private Artist Showcases.

A few on-air personalities and DJs came and went in those three years, but Alt-Natives on Alt 92.1, hosted by Johnny Popko, was a breakout show from this iteration of the station, playing an hour of curated local music of all genres every Saturday night that became a staple of the Northeastern Pennsylvania music scene and made other stations take notice. Before the pandemic, the show also hosted a live concert series at Karl Hall in Wilkes-Barre featuring many of the same unsigned artists he dedicated airtime to. Alt-Natives garnered several awards during its run, including leading a big sweep of the Local Podcast/Streaming Series of the Year, Local Radio Station of the Year, and Local Radio/Podcast/Streaming Personality of the Year categories in the 2020 Steamtown Music Awards in Scranton.

Despite the support from the music scene, it is unclear if this show will continue in 2021 on the station’s next format, move to another station, or be canceled altogether. Popko was previously a print media personality, general manager of Wilkes-Barre alt-weekly newspaper The Weekender, and a co-host of the NEPA Scene Podcast before creating Alt-Natives in 2017 and the online-only interview spin-off Alt-Natives After Hours Podcast in 2019.