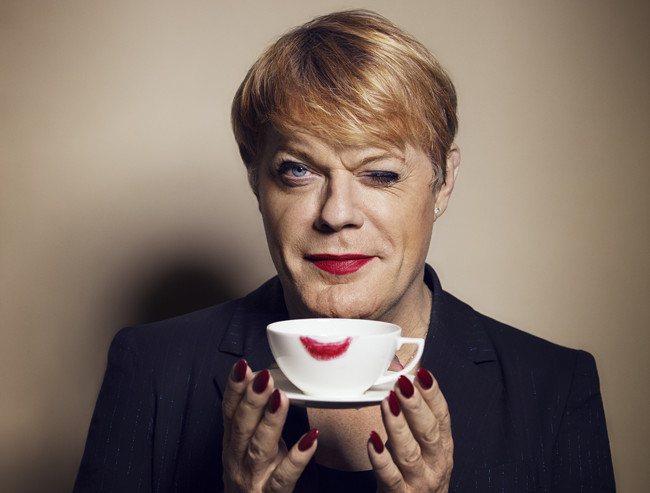 Today, the F.M. Kirby Center in Wilkes-Barre announced that it will present stand-up comedian, actor, writer, and activist Eddie Izzard in a “global online conversation” with host Elliott Forrest on Friday, Feb. 12 at 4 p.m., in partnership with ArtsRock.

Tickets, which are $15 for a single view, $25 per household, or $75 for a household view plus Izzard’s “Make Humanity Great Again” hat, are on sale now via VBO Tickets and kirbycenter.org.

Eddie Izzard is a much-loved actor and comedian, receiving rave accolades for her stand-up and work on stage, screen, and stand-up. She’s also a relentless runner, finishing multiple marathons on multiple days, raising money and awareness for important causes.

She performed at the F.M. Kirby Center in 2018 and is currently attempting to run 31 marathons on a treadmill and then perform 31 stand-up shows in 31 days in 31 virtual cities from across Europe and around the world to raise money to give to charities that “Make Humanity Great Again,” a rallying cry for a campaign to create a better, fairer, and kinder world for everyone.

“There is too much talk of division in the world. Too much talk designed to pull us apart. In my life, I try to look for the opposite – to look for what brings us together, which helps make us all stronger. Working together feeds the spirit that can restore the greatness to humanity,” Izzard said.

“‘Make Humanity Great Again’ stands for unity, the sharing of beliefs, and the power of human beings uniting across the continents and around the world. As a campaign, it seeks to promote a fair chance in life for all, particularly those who experience disadvantage and discrimination. It speaks to people who believe there is more goodwill than ill-will in the world, who believe in the positive qualities of humanity and in the Golden Rule – to treat other people the way you would like to be treated yourself. This is a time to look forward, to work together, to be tolerant and to live and let live. Which is why, when hope in the real world seems far away, that I begin this run in our locked-down world.”

Izzard, who recently changed her pronouns, will talk with Peabody Award-winning host Elliott Forrest about her life, work, and dreams. This virtual conversation gives fans worldwide the opportunity to ask her questions. They can email their questions to eddie@artsrock.org.

The mission of ArtsRock is to provide increased access to professional arts and multicultural programs for an underserved, diverse audience in and around Rockland County, New York. ArtsRock is a 501(c)(3) New York not-for-profit corporation.

This event is in support of the arts in Rockland County, the Phyllis B. Frank Pride Center of Rockland, and Izzard’s charities. 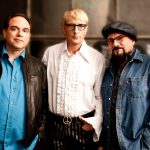