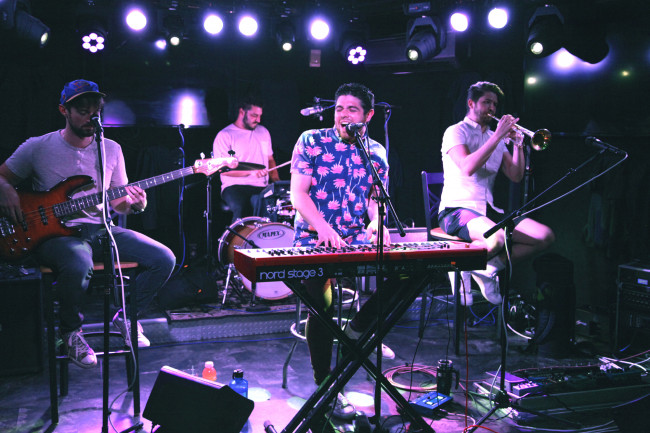 Over the past few weeks, Stage West has been announcing shows for a new season of drive-in concerts at Montage Mountain, but what about the West Scranton music venue itself?

Following Parade Day on March 14, 2020, Stage West was among many of the small businesses forced to close due to the coronavirus pandemic. In the downtime, it managed to stay in business by offering an expanded menu of takeout food, a beer home delivery service, and by opening a cold-pressed juicery in the building called Press’d.

When Lackawanna County entered the yellow phase of reopening on June 5, Stage West partially opened to the public for outdoor dining on its deck in mid-June, offering a weekly “Wings & Strings” series featuring wing specials and unplugged musicians. It celebrated the green phase of reopening soon after with its first indoor show with Nowhere Slow on June 27, but as national acts continued to cancel or postpone tours, Stage West, owner Steve Masterson, and his booking company DamnMillennial Promotions shifted their focus to drive-in concerts, presenting events at the Circle Drive-In Theatre in Dickson City and the parking lot of Montage Mountain in Scranton for the rest of the summer and into the fall.

Scranton alt rock trio The Boastfuls reopened Stage West on Nov. 14, but limited-time mitigation orders from Governor Tom Wolf that closed bars and restaurants through the holidays forced the venue to cancel a Black Friday event with Philadelphia DJ Shizz Lo, and it hasn’t been able to host much music since. With social distancing requirements, capacity restricted to only 50 percent, and a curfew that prevents serving alcohol after 11 p.m., the focus has been on food over live events, as the venue only had a maximum capacity of around 200 people pre-pandemic.

Starting April 4, Pennsylvania will raise indoor capacity to 75 percent and lift restrictions on bar service, so Stage West (301 N. Main Ave., Scranton) is planning a weekend of shows with Scranton-based bands to celebrate.

On Friday, April 9, Dave Matthews Band tribute A Proud Monkey will perform from 9 p.m.-midnight. Masks are required to enter.

General admission, which is $25 for two tickets, is on sale now via Prekindle. For more details, see the Facebook event page.

“For the first time ever, we’re doing a very special power trio performance at Stage West in Scranton, PA next Friday, April 9 from 9-12 featuring Jon Ventre and Josh Orlando and a set featuring tons of unique tunes in this unique format,” singer/guitarist Dustin Switzer said. “Limited to around 100 people, so mask up!”

Named Tribute/Cover Act of the Year at the 2019 Steamtown Music Awards, A Proud Monkey is “the world’s leading Dave Matthews Band tribute” that strives for the most accurate sonic representations of the music and feel of a Dave Matthews show. With painstaking effort, Switzer has acquired nearly every single guitar used by Dave Matthews throughout his career and identical to those used in the studio, allowing this eight-piece band to recreate songs that no other DMB tribute is currently capable of.

The members are all seasoned musicians from Northeastern Pennsylvania and Philadelphia who have performed nationally on a regular basis. A Proud Monkey digs deep into the band’s catalog, throwing out deep cuts mixed with their best-known numbers, as well as offering versions of their covers (Peter Gabriel, Stevie Wonder, Bob Dylan, etc.). They painstakingly recreate certain shows, perform full studio albums live, and give it their all every time with unmatched credentials and passion.

Black Tie Stereo has been bringing their pop rock flair to the local music scene since 2014. Stephen Murphy (vocals/synth), George Pachucy (drums), Aaron Kovalich (bass), and Jesse Morvan (guitar) have been performing together since their high school days and evolving their sound ever since.

While performing as Black Tie Stereo and packing venues across Northeastern Pennsylvania, the group racked up some impressive accolades over the years, including Pop/Top 40 Act of the Year at the 2016 Steamtown Music Awards and Live Performer of the Year at the 2018 awards. Additionally, they’ve played a variety of festivals, including 92.1 Fuzz Fest in Scranton, Penn State’s THON, and Musikfest in Bethlehem, and have opened for acts such as Milky Chance, Panic! At the Disco, Weezer, Andrew McMahon in the Wilderness, K.Flay, and Lewis Del Mar.

In 2017, Black Tie Stereo ran a successful crowdfunding campaign to produce an EP of original material, “DoYou,” and record with A&R legend Mark Mazzetti in Los Angeles. In 2019, they premiered a new song, “Somebody Like You,” on NEPA Scene and more than doubled their next Kickstarter goal to work with Marc McClusky (Weezer, Bad Religion, Motion City Soundtrack, Everclear, Ludo) in Chicago on their next album.

In the beginning of 2020, the band separated their original songs from their cover sets by creating a new moniker, Modern Ties. Since then, they have produced their own music as Modern Ties while still playing bar band gigs as Black Tie Stereo.

On Dec. 18, Modern Ties premiered the single “Ghost” on NEPA Scene and released their debut full-length album, “Moments/Missed Opportunities.” With venues still closed down, they celebrated with a free live streaming concert on Dec. 23 that raised money for St. Joseph’s Center.

Later in the month, Stage West will host an afterparty with Blunts & Blondes following the Florida dubstep artist’s drive-in show at Montage Mountain with Mersiv, Jaenga, CHOMPPA, and Sacred Snow. This small party quickly sold out, but general admission tickets are still available for the Montage event that kicks off the “Pavement Rave” series of live DJs and electronic artists held in the parking lot.

See NEPA Scene’s photos of A Proud Monkey performing at the River Street Jazz Cafe in Plains in 2018 here and a review with photos of Modern Ties playing at the “Come Together” drive-in benefit concert at the Mohegan Sun Arena in Wilkes-Barre last year here. 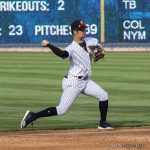