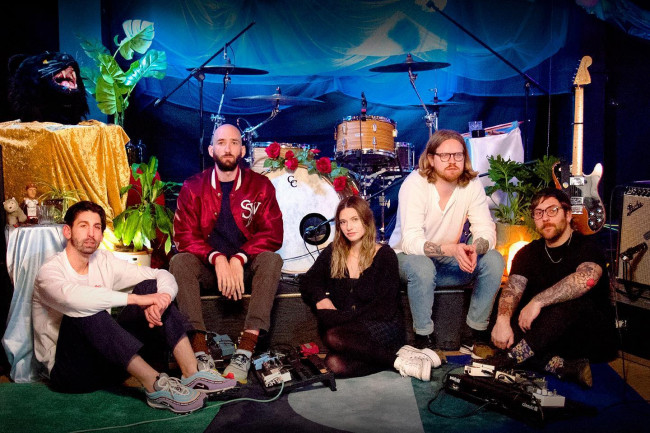 While most Northeastern Pennsylvania music venues are still shut down due to the pandemic, Tigers Jaw didn’t let that stop them from putting together a special record release show for their fans locally and all over the world.

The Scranton-based indie rock group recently took over one of their favorite venues, Karl Hall in downtown Wilkes-Barre, and recorded a concert that premiered last night on the Hopeless Records YouTube channel. They played the new album, titled “I Won’t Care How You Remember Me,” in its entirety for free.

Those who want to support the band can purchase items from a virtual merch table, including $5 raffle tickets for a chance to win an autographed test pressing of the record.

“Today, we finally get to share this record with you. We recorded these songs in 2019 in what feels like a different world, but the sentiments remain the same. It’s about confidence at war with doubt, living in the moment, learning from the past, and taking stock of what’s truly important,” they shared on social media.

“Thank you to Will Yip, our brother and collaborator. You brought our vision to life and brought out the best in us. ‘I Won’t Care How You Remember Me’ is out now everywhere. Turn it up loud and enjoy it.”

“Karl Hall was ecstatic to host our friends Tigers Jaw for their live recorded performance of their new album! Make sure you tune in to YouTube on Friday and see how they transformed the venue into a brilliant creative space!” the venue added.

The DIY set featured props from their “Hesitation” music video, among other objects carefully placed on the intimate stage, giving the show the distinct look the group is known for. Directed like their music videos, some parts even had special transitions between songs, and the whole 41-minute set was engineered and mixed by producer Will Yip.

Leading up to this concert, the band hosted “virtual in-stores” via Zoom, including one to support the local Gallery of Sound stores. These five COVID-safe events included acoustic performances of two to three songs and 15-minute moderated Q&A sessions.

Each of these participating independent record stores and retailers offered an exclusive vinyl variant; the Gallery of Sound has a bone, maroon, and orange striped LP that is currently sold out online.

Over the past few months, Tigers Jaw has been releasing singles from “I Won’t Care How You Remember Me” along with some creative music videos, such as “Lemon Mouth,” “Cat’s Cradle,” “Hesitation,” and “New Detroit,” receiving coverage and praise from the New York Times, Pitchfork, NPR Music, Stereogum, Brooklyn Vegan, Uproxx, Under the Radar, and more. They even chronicled the process of filming “Hesitation” in a four-part video series.

Produced by the band and longtime collaborator Will Yip, the record finds the group at the height of their powers, fusing their collective skills with the synchronicity and energy they honed over several years of nonstop touring. Whereas their latest output, 2017’s “Spin,” was replete with several dense layers of instruments and vocals, “I Won’t Care” pushes the elements of liveliness and human connectivity forward. This back-to-the-basement approach resulted in a new songwriting dynamic. 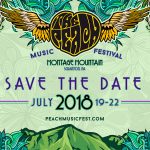