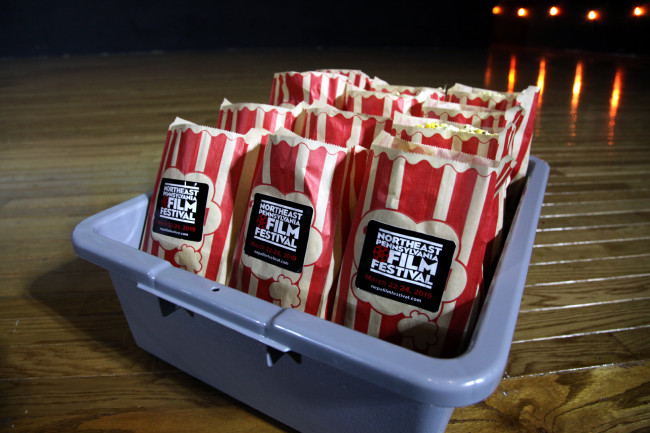 The 2020 Northeast Pennsylvania Film Festival was canceled due to COVID-19 and rescheduled for October, but conditions did not improve enough to safely hold the fourth annual event last year.

Now that movie theaters have reopened and the state is easing safety restrictions, organizers are moving forward with a slightly smaller festival, staying in one venue, The Ritz Theater in downtown Scranton, and going from three days down to two – Saturday, April 17 and Sunday, April 18.

Dedicated to nurturing emerging and independent filmmakers from Northeastern Pennsylvania and around the world, the festival correspondingly promotes cultural awareness and appreciation of film as an art form by exposing local audiences to unique and original cinema. Its growing reputation is built on a commitment to offer the region access to new and independently produced films by a wide range of emerging and established filmmakers.

Filmmakers who signed up for the challenge received a cardboard box filled with objects that had to be incorporated into a short film. Each Mystery Box contained an assortment of plot devices, ranging from character names, a line of dialogue, a prop, a type of location, a plot element, or a wardrobe item. They then had roughly two months to write a script, cast, shoot, and edit their films based on those items.

The finished films will premiere at the festival, followed by a short Q&A and small awards presentation to recognize the best shorts. The Mystery Box Challenge is run by event organizer Desiree Zielinski in partnership with Luz Cabrales of Scranton Films.

“The creativity of past filmmakers who have participated in the Mystery Box Film Challenge is inspiring and amazing,” Zielinski said last October when registration began.

“To be able to see your film on the big screen in a packed theater is a huge thrill for filmmakers and audiences alike.”

All-day festival passes for Saturday and Sunday, which are $15 each, are on sale now at nepafilmfestival.com. The screenings will be held in compliance with current Pennsylvania Department of Health guidelines.

The NEPA Film Festival is a project of Waverly Community House, a 501(c)3 charitable organization committed to offering educational, cultural, and recreational opportunities to individuals and families in the region, and the F. Lammot Belin Arts Foundation, an entity administered by The Comm committed to “building community through the arts.”

The foundation has supported the arts and artists in Northeastern Pennsylvania since its inception in 1964. Now marking its centennial anniversary, the Waverly Community House has supported community arts programming for 100 years.

Cal Piker and his sister Samantha head out on a Bigfoot-hunting adventure and encounter many obstacles.

The theme of this animation is about creativity and innovation to drive an industry.

This film raises awareness of childhood cancer through an unlikely friendship that forms over an art project.

Parents announce their impending divorce on route to a family beach vacation.

An emotionally fractured woman examines her past in search of answers for her present entanglement.

A dictator with an orange for a face becomes the new symbol of fascism as the color orange morphs into the ultimate hue of hate and destruction.

A boy chases inspiration until he finds the need to have something more: an original idea.

The day before a life-changing competition, a young concert pianist is lured away from the security of his practice space under the spell of a free-spirited young woman and learns that life, like his music, is all about taking risks.

“Johann: A Retrospective by Todd Klepp” by Federated Monkey Studio (09:57)

When an astronaut ponders on the quietude of space, he comes upon a startling self-realization.

This film highlights the suffering of an impoverished middle-class Egyptian child bride.

A film that explores the relationship between man and technology… told from the perspective of a phone.

“Made in America” explores and compares the effect of trauma on the veteran community and the urban black community.

This documentary follows the journey of Mark Jury, acclaimed Vietnam veteran, photojournalist, and filmmaker as he battles PTSD, enters treatment, and discovers a way to move on from his past.

This documentary features the entertainment, food, rides, boating, and camping that was once Hanson’s Amusement Park, located in Harvey’s Lake, Pennsylvania.

This R-rated comedy laughably based on real events finds two unemployed mechanics trying to blackmail Charlie Chaplin’s family for the return of his stolen remains.

A portrait of a small independent wrestling promotion in Archbald, Pennsylvania and the unique people involved.

A short film about the beautiful and intimate experience of two friends that use the power of love and friendship to help cope with loss and grief.

Learn more about local filmmaking and the making of the short horror film “The Road Less Traveled” that debuted at the 2019 Northeast Pennsylvania Film Festival with Lindsay Barrasse, David Corigliano, and Mystery Box Film Challenge organizer Desiree Zielinski in Episode 98 of the NEPA Scene Podcast: 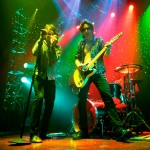 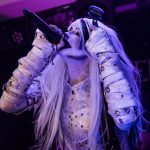