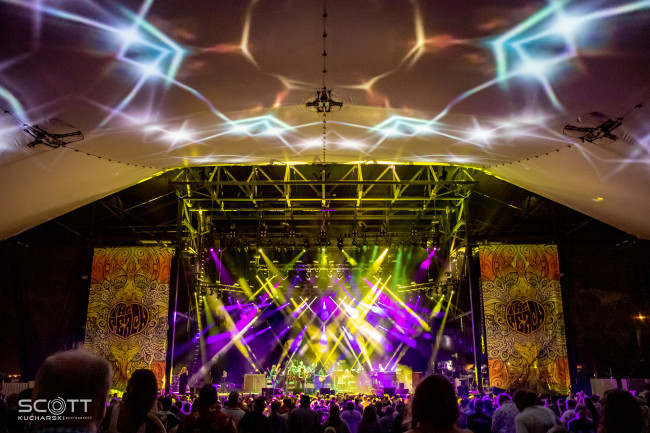 On Monday, nearly one year after the Peach Music Festival rescheduled its 2020 event to 2021, Live Nation announced that it is moving forward with the festival on Fourth of July weekend at The Pavilion at Montage Mountain and Montage Mountain Waterpark.

Today, the majority of the lineup was confirmed, including the headliners scheduled for last year – the reunion of Oysterhead (Trey Anastasio of Phish, Les Claypool of Primus, and Stewart Copeland of The Police), two sets of Joe Russo’s Almost Dead, and two sets of The String Cheese Incident.

The Allman Brothers’ first live album, “Live at Fillmore East,” is turning 50 years old this year, so a special performance will honor that milestone as well.

Scott Sharrard of The Gregg Allman Band and friends will rock the second annual Peach Guitar Pull, with participating artists to be announced.

Fans who held onto their festival passes from last year will receive an additional night of music on Wednesday, June 30 with a lineup to be announced.

Described as “the first-ever Allman Brothers Band-inspired festival in the Northeast,” the Peach “has quickly evolved into one of the most highly-anticipated summer musical events, loved by music enthusiasts from across the nation,” according to organizers.

There is still no word on whether or not Montage Mountain’s other major music festival, Camp Bisco, will be held on the following weekend of July 8-10, 2021. Before it was canceled due to COVID-19, Bisco was scheduled to feature the usual six sets by festival founders The Disco Biscuits, along with headliners Bassnectar, GRiZ, Tipper, Lotus, San Holo, STS9, Subtronics, Shpongle (Simon Posford live) backed by The Disco Biscuits, G Jones, and TroyBoi in 2020.