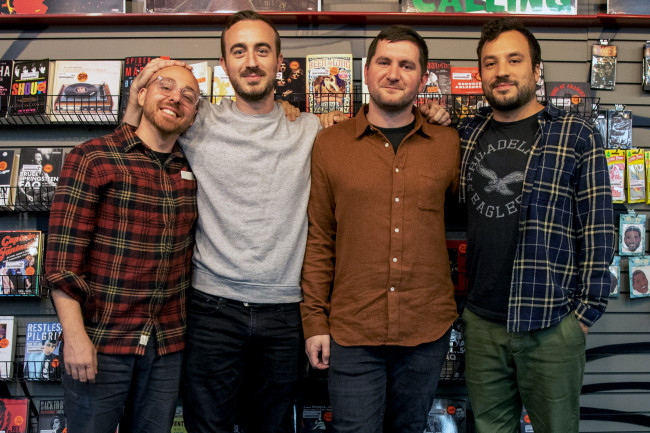 Today, Philly Music Fest announced the lineup for its fifth annual event on Wednesday, Oct. 6 through Sunday, Oct. 10, and Scranton natives The Menzingers are on the top of the bill with two headlining performances.

When describing Philly Music Fest, organizers say “our genre is Philly” because it features jazz, rock, hip-hop, punk, bluegrass, folk, spoken word, and Americana artists, all of whom call the City of Brotherly Love home.

While their ties to and lyrics about Scranton remain strong, The Menzingers are an internationally touring punk band signed to Epitaph Records that has lived in Philly since 2008 and packed venues there ever since, so it’s clear why they are headlining this year. Uniquely known for exclusively featuring Philadelphia bands performing at independent venues, Philly Music Fest is a nonprofit in the business of raising money for kids’ music education and giving opportunity to emerging musicians. The band has a similar mission with their annual Scranton Holiday Show, fundraising for the local Arts Alive program for kids while featuring up-and-coming acts from both their past and present hometowns.

“Look, last year was tough, but we innovated and donated over $100,000 to musicians, venue staff, and music education through our virtual festival and micro-grant campaign,” founder and curator Greg Seltzer said.

“We’re super proud of that, but getting back into venues and having our community safely gather together in-person – the excitement is incredible, and we’ve worked hard to ensure that our 2021 lineup matches the enthusiasm.”

The Menzingers are scheduled for two nights at Ardmore Music Hall (23 E. Lancaster Ave., Ardmore) – Saturday, Oct. 9 with Control Top and Highnoon and Sunday, Oct. 10 with Queen of Jeans and West Philadelphia Orchestra. Tickets for all shows are on sale now at phillymusicfest.com.

“The growth of PMF, from two shows and one venue to six shows and five venues, is a testament to the strength and passion of our local music community,” Seltzer continued. In addition to the six PMF shows, the festival will again feature two “bolt-on” events related to music.

PMF’s “Tech Tour” at Guru Technologies in Center City is scheduled for Thursday, Oct. 7 between 4 p.m.-7 p.m. Tech Tour will feature panel discussions on startup, venture capital, and tech topics, along with a diverse array of bands playing before, after, and in-between the panel discussions. Tech Tour is free and open to the public, but space will be limited.

On Saturday, Oct. 9 from noon-2 p.m., PMF will again host “Inside Hustle” at World Cafe Live. Inside Hustle is a series of panel discussions featuring music industry professionals that conveys content regarding the business and industry of music in Philadelphia. Panel topics will include “Should I Stay or Should I Go – exploring Philly as a home for musicians,” “Company in My Back – answering questions concerning forming an entity, tax, and accounting,” and “Only a Pawn in Their Game – how musicians can maximize and control their own destiny among an industry of corporate conglomerates.”

PMF deployed over 330 micro-grants in 2020 to musicians and venue staff struggling as a result of COVID-19. The funds for the micro-grants were crowdsourced from the community and, importantly, through a donation by radio station WXPN.

Since forming as teenagers in 2006, The Menzingers have shown their strength as rough-and-tumble storytellers, turning out songs equally rooted in frenetic energy and lifelike detail. The band has recorded six studio albums, with their most recent, “Hello Exile,” released on Oct. 4, 2019 by Epitaph Records. Produced by Will Yip (Mannequin Pussy, Quicksand), “Hello Exile” sees The Menzingers take their lyrical narrative to a whole new level and share their reflections on moments from the past and present: high-school hellraising, troubled relationships, aging and alcohol, and political ennui. With the group achieving that soul-baring intimacy all throughout the album, “Hello Exile” emerges as their most emotionally daring work yet, with Fader calling the album “The Menzingers’ greatest statement on adulthood to date.”

The Menzingers – singer/guitarists Greg Barnett and Tom May, bassist Eric Keen, and drummer Joe Godino – were on tour in Australia when the world seemed to abruptly stop due to the coronavirus, forcing them to cut their tour short and make their way back to Philadelphia.

“The live music industry vanished before our eyes, and just like that, we were out of work like tens of millions of others,” Barnett noted.

“As the weeks progressed, the upcoming tours got rescheduled, then rescheduled again, then effectively canceled. There were times when it all felt fatal. There’s no guidebook on how to navigate being a working musician during a global pandemic, so we were left to make it up as we went along. We wanted to document and create in the moment, and though we couldn’t be in the same room together due to social distancing lockdowns, we got creative.”

Over the next few months, they would rerecord “Hello Exile” from their separate locations.

“We would track the songs from our own home studios, share the files via Dropbox, and pray it all made sense when pieced back together. Initially, we planned for the album to be similar to our acoustic demo collection ‘On the Possible Past,’ but we quickly found out that this batch of songs benefited from more detailed arrangements,” Barnett explained.

“We rewrote and changed keys and melodies. We blended analog and digital instruments in ways we never had before. We dug through old lyric notebooks and added additional verses. We got our dear friend Kayleigh Goldsworthy to play violin on two songs. No idea was off limits. Hell, I even convinced the band to let me play harmonica on a song (no small feat!). The recording process ran from mid-March till June, and upon completion, we sent it over to our dear friend and close collaborator Will Yip to mix and master.”

Keeping up with the times, they launched “The Regulars Club” in January of 2021, a Patreon campaign that includes access to private chats with the band, rare songs, acoustic videos, audio and video podcasts, live streams, behind-the-scenes access, exclusive merchandise, and more.

“For many people, this was a year of self-reflection and prioritization. We are no exception. We’re taking a deep dive. This is a way for us to stay connected to you guys, to each other, to our music, and to the journey that got us here. There are countless stories we’ve yet to tell. We’ll be telling them here. We’re writing, filming, recording, drawing, and shaping the whole damn thing ourselves,” the band wrote on Patreon.

The Menzingers’ last show in Northeastern Pennsylvania was an acoustic set at the Gallery of Sound in Wilkes-Barre to celebrate the release of “Hello Exile” in 2019. Soon after, they decided to take a break from their annual Holiday Show at the Scranton Cultural Center and plan something special for 2020, but then the pandemic put the entire music industry on hold. Now that things are slowly returning to normal and venues are opening up again, hopefully those plans will come to fruition in 2021. 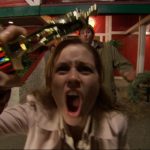