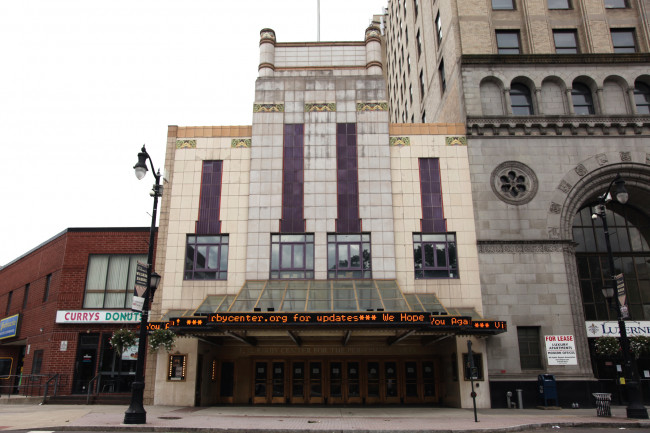 Today, the F.M. Kirby Center in downtown Wilkes-Barre announced that it is reopening to the public by showing classic movies starting on June 25 and continuing every Friday during the month of July at both 1 p.m. and 7:30 p.m.

Hearkening back to the venue’s history as a movie theater, the “Come Back to the Kirby” series features a wide variety of Hollywood’s most memorable films on the big screen, the way they were originally intended to be seen. Highlights in the series include “Jurassic Park,” Alfred Hitchcock’s “Rear Window,” “The Sound of Music,” and “Harry Potter and the Sorcerer’s Stone,” the first film in the popular Harry Potter series.

“Come Back to the Kirby” movie schedule

This classic movies series is sponsored by Flashback Cinema. Each showing will be preceded by an on-screen introduction by Flashback Cinema host and Northeastern Pennsylvania native John Hersker, who will provide historical background on the films.

Flashback Cinema programs and markets classic movies in theaters across the United States. It is the creation of Hersker, a fourth-generation theatre operator, former executive vice president of Paramount Pictures, and current resident of NEPA.

After being closed for more than a year due to COVID-19, the F.M. Kirby Center (71 Public Square, Wilkes-Barre) is also preparing to host live performances again, including the Happy Together Tour on Aug. 9, Tedeschi Trucks on Aug. 18, Joe Nardone’s “Oh What a Night” of doo-wop legends on Sept. 11, Led Zeppelin tribute band No Quarter on Sept. 25, comedian Theo Von on Oct. 9, comic Jo Koy on Oct. 21, and Foreigner on Oct. 22. For the safety of these incoming crowds, the theater has installed a new air purification system that runs throughout the entire building.

For more information on the “Come Back to the Kirby” series or any other event, or to learn how to become a member of the Kirby Center, visit kirbycenter.org or call 570-826-1100. For more about Flashback Cinema, go to flashbackcinema.net or follow them on Facebook.