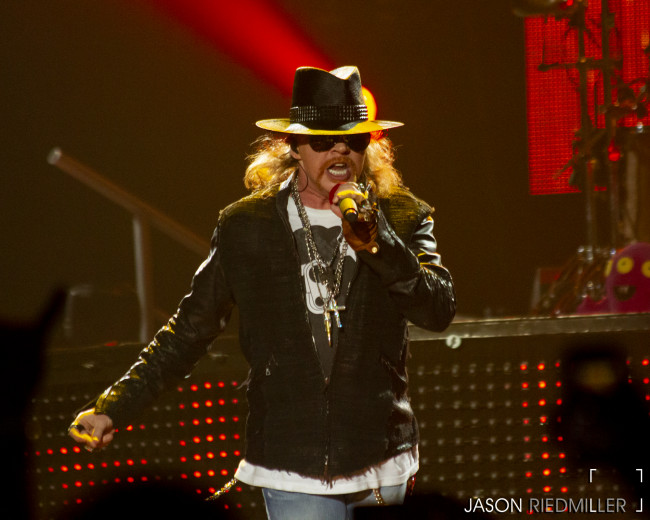 Today, iconic rock legends Guns N’ Roses announced that they are “f’n’ back” with the return of their live tour that includes rescheduled dates and 14 additional new shows at stadiums and arenas across the United States this summer and fall.

Produced by Live Nation, this massive touring production will kick off on Saturday, July 31 at 7 p.m. at Hersheypark Stadium (100 West Hersheypark Dr., Hershey) and will stop in New Jersey in East Rutherford (Aug. 5) and Atlantic City (Sept. 11-12) as well as major cities like Detroit, Los Angeles, Dallas, Chicago, and more before wrapping up with two shows in Hollywood, Florida on Oct. 2-3.

Wolfgang Van Halen’s band Mammoth WVH will make their touring debut on the GNR trek, performing songs from their upcoming self-titled debut album, including the single “Distance” that peaked at No. 1 on six Billboard charts last year. The full LP from the son of guitarist Eddie Van Halen is due out on June 11.

Tickets for the new tour dates, including Hershey, go on sale to the general public this Friday, June 4 at noon at gunsnroses.com, ticketmaster.com, and Ticketmaster outlets. Scranton classic rock radio station Rock 107 will host a pre-sale on Thursday, June 3 from 10 a.m.-10 p.m. with the password ENCORE and will be giving away tickets all week.

In 2017, Hersheypark Stadium was one of many stops on Guns N’ Roses’ massively successful Not in This Lifetime Tour, which featured the long-awaited reunion of Axl Rose, Slash, and Duff McKagan on stage and grossed over $584.2 million, making it the third-highest-grossing concert tour of all time.

Following the group’s 1985 formation, Guns N’ Roses injected unbridled, unrivaled, and unstoppable attitude into the burgeoning Los Angeles rock scene. This spirit went on to captivate the entire world with the release of their 1987 debut “Appetite for Destruction,” the bestselling U.S. debut ever, moving over 30 million copies globally. In 1991, the seven-time platinum “Use Your Illusion I” and “Use Your Illusion II” occupied the top two spots of the Billboard Top 200 upon release.

Guns N’ Roses have performed sold-out shows and headlined festivals worldwide following the critically acclaimed release of 2008’s RIAA platinum-certified “Chinese Democracy.” With six multi-platinum studio albums, they are one of the most important and influential acts in music history and continue to set the benchmark for live performances, connecting with millions of fans across the globe. 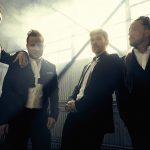