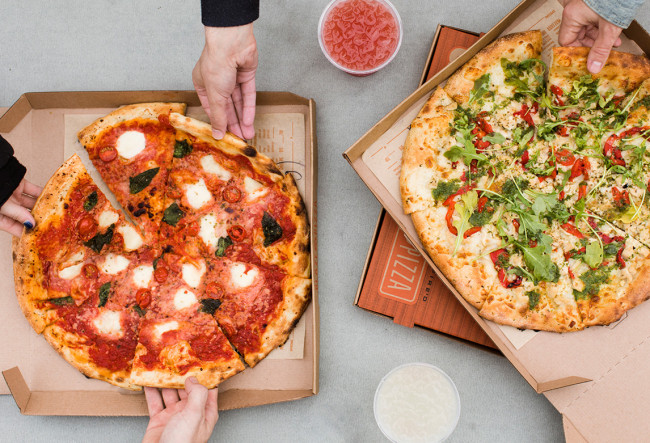 Today, Blaze Fast-Fire’d Pizza announced that it will open a new location in Wilkes-Barre, making it easier for local residents to get “an upgraded pizza experience” with fast artisanal pizza.

The build-your-own pizza concept, known for its chef-driven recipes and casually hip restaurants, will be opening on Wednesday, Aug. 11 at 273 Mundy Street in Wilkes-Barre Township. The brand will offer dine-in, carryout via pickup or curbside service, and contactless delivery through its website, mobile app, and various third-party delivery partners.

The restaurant is also offering a free 11-inch build-your-own pizza to anyone who downloads the Blaze Pizza app between Aug. 11 and Aug. 25 and adds the new Wilkes-Barre location as their favorite/preferred location. The free pizza reward will be accessible on the Blaze Pizza app starting Aug. 26 and redeemable through Sept. 13.

Additionally, the brand will implement best-in-class safety and sanitation guidelines, including requiring masks and gloves for all team members, availability of hand sanitizer for guests, and food safety procedures validated by a third-party auditor. The Wilkes-Barre Blaze Pizza will also feature the following:

Blaze Pizza is a modern day “pizza joint” serving up artisanal pizzas that are both fast and affordable. Whether “walking the line” in the restaurant or ordering online, guests can customize one of the menu’s signature pizzas or create their own, choosing from a wide selection of real ingredients that are free of artificial colors, flavors, preservatives, and sweeteners. Restaurants make fresh dough from scratch using a proprietary recipe developed by Executive Chef Bradford Kent (the “Pizza Whisperer”), which requires a 24-hour fermentation period to produce his signature light-as-air, crisp crust. For pizza fans with specific dietary needs, Blaze Pizza offers gluten-free and keto crusts, plus vegan cheese and plant-based spicy chorizo.

The innovative fast-casual concept has been ranked first in multiple large consumer research studies, being named pizza “Brand of the Year” by the Harris Poll in 2018 and “America’s favorite pizza chain” by Market Force Information in 2019. Previously ranked No. 1 “Brand of the Year” in the Fast Casual Top 100, the fast-growing chain currently operates more than 340 restaurants in 41 states and six countries.