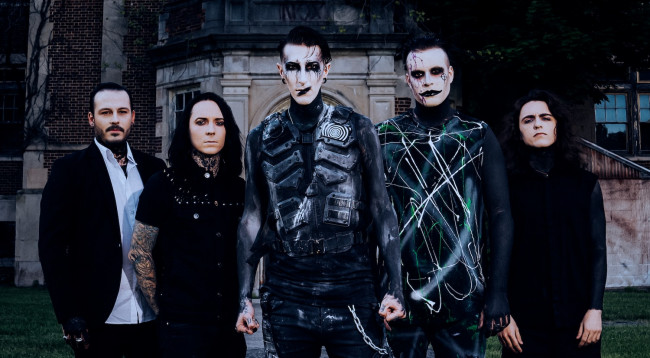 Today, Scranton metal band Motionless In White dropped “Timebomb,” a new single to light the fuse before their next national tour that already has several sold-out dates.

“We are really excited to release a new piece of music to bridge the gap between all of the COVID downtime and our next record coming in 2022. ‘Timebomb’ felt like a great standalone track to touch on the heavier side of the band and to give fans something to headbang to during our return to touring this September,” frontman Chris “Motionless” Cerulli said.

“It feels so good to be getting back to work, and ‘Timebomb’ feels like a perfect way to celebrate the ‘next normal.'”

Leading into the fall, their East Coast tour with Light the Torch, Silent Planet, and Dying Wish kicks off Sept. 5 and includes major music festivals like Rocklahoma, Inkcarceration, Rebel Rock, and Blue Ridge Rock Festival with fellow Northeastern Pennsylvania natives Breaking Benjamin. The closest stops to their hometown area are at the Starland Ballroom in Sayreville, New Jersey on Sept. 11 and the Westcott Theater in Syracuse, New York on Sept. 15.

While they couldn’t tour due to the pandemic, MIW played live “deadstreams” – one to celebrate the 10th anniversary of their debut album, “Creatures,” and, more recently, one at the historic Pennhurst Asylum in Spring City that currently serves as a haunted attraction.

They also did some recording, such as an unexpected cover of The Killers’ hit song “Somebody Told Me.”

“During quarantine, we wanted to continue to see what new projects we could push ourselves to create. We’ve always wanted to take a shot at covering an iconic alternative song, and ‘Somebody Told Me’ has always been one of those tracks that oozes pure energy and has crazy good hooks that we felt we could transform into a great rock version,” Cerulli explained.

“We are very happy to present this cover as one of the projects birthed out of the COVID downtime and hope it’s fun for all fans to check out and tap their feet to.”

This followed the 2020 release of the “Motion Picture Collection,” an EP produced by Justin Deblieck and mixed by Steve Sopchak where the band reconstructed, reimagined, and reinvigorated two fan-favorite singles, “Another Life” and “Eternally Yours.” Additionally, they included brand new cinematic instrumental tracks for both.

For this big screen-worthy interpretation of “Another Life,” they recruited dark pop Estonian artist Kerli to contribute an emotionally charged vocal. Over a bed of orchestral strings and sparse piano, Cerulli locks into a haunting and hypnotic duet with her, and the official music video offers a ghostly counterpoint and alternate view of the original as well.

Meanwhile, Motionless In White enlisted Australian vocalist Crystal Joilena to join this nocturnal take of “Eternally Yours.” Classically inspired piano cuts through swells of strings as the vocals reach heavenly heights on a solemn promise. Punctuated by lasers and galactic vignettes, the accompanying visual complements the song’s otherworldly energy.

A highlight of the group’s latest album, “Disguise,” on Roadrunner Records, the original “Another Life” ascended to the Top 15 at Active Rock Radio, becoming their highest-charting single to date. It has notably gathered 9.5 million views on the official music video, and Beartooth frontman Caleb Shomo subsequently remixed “Another Life.”

Marking their fifth studio album, “Disguise” made an explosive chart debut upon release, debuting at No. 4 on Billboard’s Top Album Sales chart while also claiming No. 2 on the Hard Rock Albums chart and No. 27 on the SoundScan/Billboard 200, MIW’s third consecutive Top 30 entry on the overall chart.

The record is highlighted by a series of stellar singles, including “Brand New Numb,” “Undead Ahead 2: The Tale of the Midnight Ride,” and “Disguise,” the latter joined by a haunting companion video directed by frequent collaborators Jeremy Danger and Travis Shinn. In addition, “Another Life” was joined by an official visual directed by Max Moore.

Their next album, which will surely be accompanied by its own unique videos, is due out in 2022. 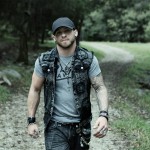