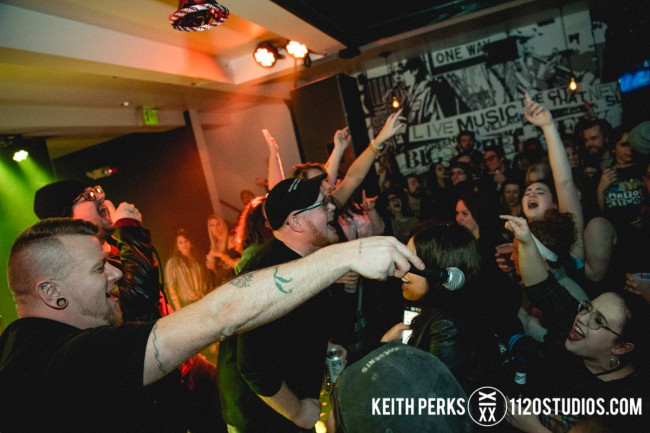 The Electric City Music Conference is partnering with Wilkes-Barre photographer Keith Perks of 1120 Studios for a special XIXX show called “25 Years and Counting.” According to organizers, the show is “dedicated to all those that have been affected by cancer, not just the patient, but also the family and friends that fight by their side. Fuck cancer.”

Set for Saturday, Nov. 20 at at Stage West in Scranton, the event will feature live performances by local standouts Joe Lombardo of The Robinsonade, Moral Code, American Buffalo Ghost, Sleeplore, The Maguas, Esta Coda, and Lucas Hex. Screaming Infidelities: Emo Night will close the night with a very special set.

For one night only, the local phenomenon known to fans simply as “Emo Night” will incorporate nu metal into their playlist.

“We get asked constantly to play nu metal during Emo Night, so if you’re the person that asks for Linkin Park, Limp Bizkit, and Slipknot at every event, this one is for you,” DJ Hersh of Screaming Infidelities explained.

“You’ll still get the Emo Night that you love, but we’re also going to get in the mud and play some nu metal. This is a one-night-only thing. We’re also stoked to have Ken Norton [of Graces Downfall] join us for the event.”

Perks was diagnosed with cancer, specifically Ewing’s sarcoma, in 1995, but by his last chemotherapy treatment on Nov. 20, 1996, he had beaten it with the support of friends and family. That date was later immortalized in 1120 Studios, his creative company founded in 2003 that produces photos, graphic design, CDs, clothing, and shows like XIXX. He handpicked every artist that is playing at this event.

“Keith did a XIXX show five years ago, and it just so happened that Nov. 20 fell on the dates of the conference this year, so we decided to team up on an event. He did a great job selecting the performers, and I’m stoked to work on a show with him. When I was coming up, Keith was the guy that I always looked up to. Now, I’m honored to count him as one of my dear friends,” Electric City Music Conference organizer Joe Caviston noted.

“I think everyone has been affected by cancer at some level, so when Keith came to me with this idea, it was a no-brainer. Over the last few years, the local music scene has lost some amazing people to cancer. We’ve lost good friends in Brian Craig, Dan Copes, and Alex Seeley, just to name a few. This event isn’t only to celebrate the lives of those that we’ve lost, it’s also to celebrate the lives they have touched, the people they loved, and to recognize the survivors that we love and appreciate.”

Tickets, which are $10 for general admission or $15 for a hopper pass for all venues participating in the conference, are on sale now via Eventbrite.

The eighth annual Electric City Music Conference and Steamtown Music Awards ceremony will return to Scranton on Thursday, Nov. 18 through Saturday, Nov. 20. As the largest event of its kind in the area, this celebration of the diverse local music scene is much more than a music festival, bringing hundreds of artists and music industry professionals together annually to meet and network while recognizing and showcasing established and up-and-coming musicians in various Scranton venues.

The DJ duo, who have capitalized on the national trend of “emo nights” since their debut at the 2017 Electric City Music Conference, has seen success at several different venues with their perfect playlists and big sing-a-longs, selling out both The Bog and Stage West in Scranton, along with Senunas’ Bar & Grill in Wilkes-Barre and the River Street Jazz Cafe, on multiple occasions.

They also performed to capacity crowds in Lancaster, Reading, and Southampton. Along the way, they’ve added opening slots for local bands with sounds in the vein of emo, pop punk, and indie rock and shared stages with Craig Owens of Chiodos, William Ryan Key of Yellowcard, Chris “Fronz” Fronzak of Attila, Boys of Fall, and Josh Balz, former keyboardist of Scranton metal band Motionless In White and current owner of The Strange and Unusual Oddities Parlor in Kingston and Noir Dark Spirits in Scranton.

See photos from XIXX: 20 Years and Counting at The Other Side in Wilkes-Barre here. 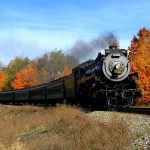