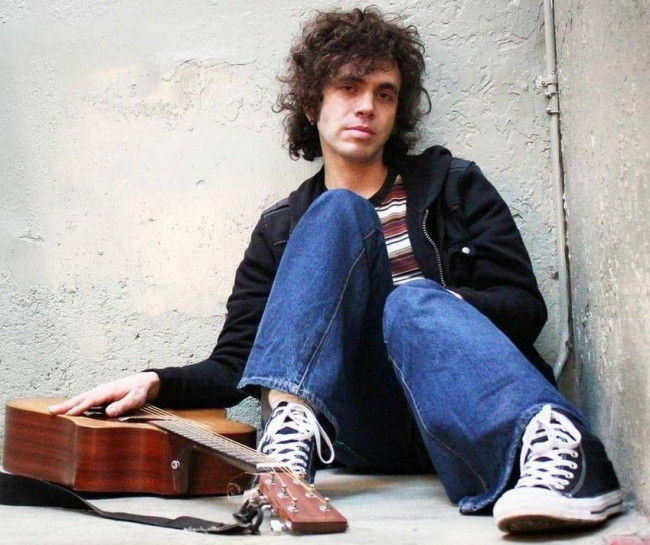 Currently on his national fall tour, “hippie punk” folk rock singer/songwriter Matt Pless will stop at the newly opened WaxPax Records in Berwick to meet fans and record a live album on Thursday, Oct. 28 at 7 p.m.

The intimate show is already sold out, but Pless will still be hanging out from 5 p.m.-6:30 to sign albums, take photos, sell merch, and share tales from the road. The meet and greet is open to the public on a first-come, first-served basis. The in-store performance will be released on vinyl next year.

Combining elements of folk, punk, pop, and rock, Pless can lyrically turn a phrase with the best of them and has been compared to some of the preeminent songwriters of our time, including Bob Dylan, John Lennon, Paul Simon, and John Prine.

Known for his engaging, thought-provoking, and witty word labyrinths, his music spans topics from love and loss to social commentary to ethereal train-of-thought abstractions and everything in between.

A consummate performer with a high-energy stage presence, the Maryland native travels the road continuously entertaining and astounding his audiences. With guitar and harmonica as his tools of choice and words as his main characters, his DIY work ethic has taken him to Europe and helped him tour the United States multiple times, playing coffee shops, clubs, basements, living rooms, sidewalks – wherever there are people who want to hear his music.

Along the way, he has managed to share the stage with the likes of Maroon 5, Fall Out Boy, Ani DiFranco, Rilo Kiley, Alkaline Trio, NOFX, Arlo Guthrie, Bad Brains, All Time Low, the late Pete Seeger, and many others.

Almost anyone can relate to a Matt Pless song. His unique gift for writing lyrics and melodies that appeal to the core of the human condition is, like Matt himself, an experience.

WaxPax (1715 W. Front St., Berwick) is a small boutique record store that carries both new and used records of every genre, with a focus on punk, surf, garage rock, and metal. Opening just last month, the independent shop plans to support local artists and bands as much as possible, from the artwork on its logo and sign to the music available to purchase.

On Saturday, Oct. 30, WaxPax will host its inaugural “Monster Record Sale” from 10 a.m.-2 p.m. with over one thousand used records, all priced 2 for $5. Customers are encouraged to come dig through the boxes and hang out with friends on the porch as the store makes room for new stock.

Since it is Halloween weekend, there will also be a costume contest that day. Voting will be held on Instagram the next week, and the grand prize is a gift certificate to the store.

For more details and to shop the store online, visit waxpaxrecords.com.