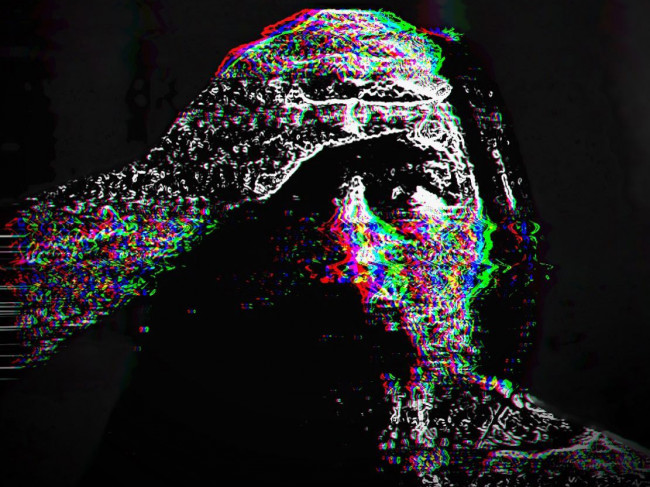 Approximately 300 years ago in an alternate universe, a very long-haired and wildly asshole-ish version of myself owned and operated a cafe and venue in the badlands of Wilkes-Barre.

OK, it was the early 1990s, which seems like a few centuries ago while simultaneously seeming as though it was yesterday. This slice of my and a few other folks’ far-off history was called Mantis Green Coffeehouse. It was located at the corner of Northampton and South Main streets in the then-desolate Diamond City. When we began building Mantis, there were literally five businesses open on our side of the street, from Public Square to South Wilkes-Barre – Wendy’s on the Square, Boscov’s, Army-Navy store, Gallery of Sound, and Donahue’s (that tiny bar deserves a story all its own someday).

We opened our doors, proud and penniless, in the spring of 1993. Our opening night featured a Sony/Ruffhouse Records act called Dandelion (if you don’t know, figure it out… they fucking jammed), a local favorite fronted by poet Jay Morgans called Shedding Blue, and smattering of other Northeastern Pennsylvania-based kid bands. We were mobbed. The idea of the whole “coffeehouse concept” caught on with young folks immediately and Mantis Green became the second home for many, many bored, creative, lost, or found teens and would-be adults.

During that chapter of my life, I had the tightest, most dedicated crew, a gang of close friends, “losties,” creators, and cool customers. I opened our doors super early in the mornings, always hoping for that college crowd that unfortunately never, ever showed up. Instead, I was embraced by a bevvy of street folk – eccentrics, sober adults, counterculture veterans, and smarty-pants preachers, teachers, and cityscape creatures.

I manned the coffee bar from 7 a.m. until around 4 or 5 when the gals arrived. The “real” bosses of this establishment were my sister, Amy, and a tougher-than-nails transplant named Nissa. I made the rules, for sure…. but everyone around us knew that they absolutely enforced them.

It was on one of these day shifts that, during my afternoon sermon (shit-talking), I first met Terry Childers, a skinny, young, and slightly jittery urchin blew in through our front doors. He checked out the setup, surveyed the scene with the eyes of someone much older and definitely much larger, and then loudly inquired whether or not I was in the business of trading cups of coffee for a song or two. I was immediately impressed by both the slickness of the offer and the quickness in which this young man rolled it out of his face. 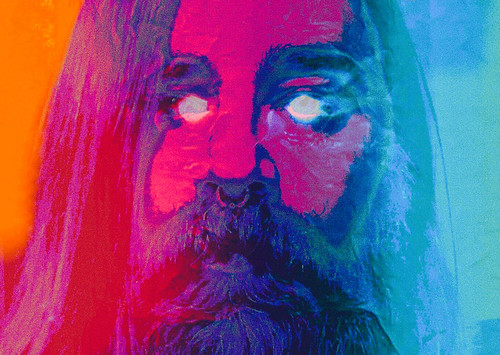 I had never, at that time, however… it seemed easy enough. My soundman, a day-walking vampire named Ric the Immortal, hooked him up with an acoustic guitar, mic, and some levels. He immediately commanded an interested group of young people to his craft. I will also say, at this point in our music scene’s development, most young people were not at all jaded yet. They were not spoiled by the Internet or their emotions numbed by social media thus far. The folks that hung at Mantis Green were wide open to anyone that had something to say, play, chant, rant, or simply express on that stage. This being said, this coffee hustler was good. He was really good. He had that swagger that is generally reserved for performers with more time on the playing field than this lad had in big boy pants. Terry confidently played two obscure covers, maybe a Ween song, maybe not. That’s how I recall it.

After taking a one-song encore, he saddled up to the bar for his “pay.”

He and I spoke for a couple hours about this and that – where he had been, what he had done, and music. We talked for quite some time about music. He was opinionated. Maybe even a bit snotty. He despised anything commercial or bandwagon-y. He told me stories of hopping trains and punk rock squats. I dug his vibe and company.

I didn’t realize then, but this fast talkin’ smart-ass would still be in my daily life 27 years later. The many musical and artistic incarnations of Terry Childers have rung clean through my numerous venues, events, festivals, club openings, and benefits for nearly three decades.

Some of my favorite skins that he has worn have included Easy, Tiger, The Lonlies Tour, The Love Crimes, Nothinghead, and Ova, just to name a few. These days, he goes by Trashbot, Executive Producer Prick Wolf, and even Terry Childers.

If you do nothing else this Halloween season, go to Terry Childers’ Bandcamp, Facebook, Instagram, Spotify, and SoundCloud and delve into the complex and often dark world of his art and music. May my Samhain wish for all music lovers who consume this tale seek out the multiverse that is this beautiful, confusing, odd, kind, and wise outsider artist who called Wilkes-Barre home for many years. He has spent his life occupying the more shadowy spaces that the music and art industries offer, so I hope that this article and new music video act as a torch for all to enlighten themselves to true underground sounds and maybe even for Mr. Childers to begin to see all the aspects of himself that so many of us love and respect.

Camp Rattler is proud to submit “Apocalips” by Trashbot as the kickoff to your Halloween season. Enjoy the beauty and chaos. It’s for you… I think. 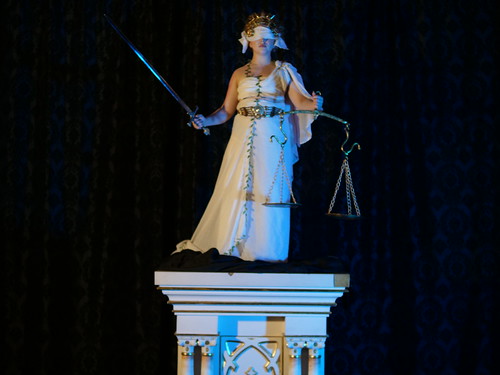 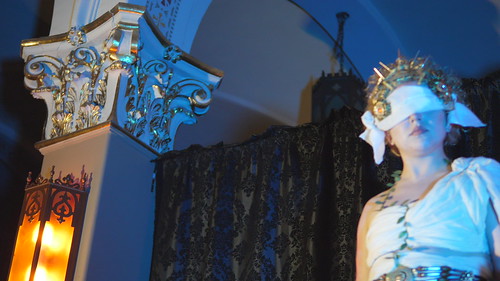 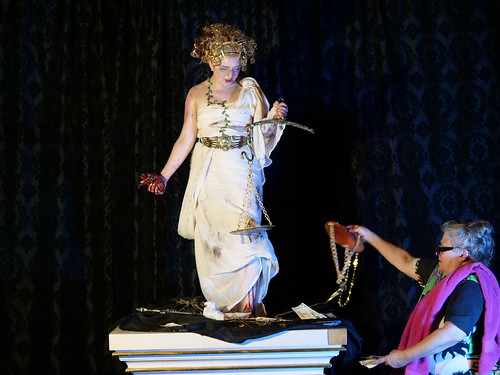 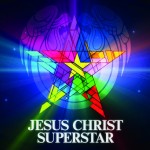 Little Theatre of Wilkes-Barre will hold auditions for ‘Jesus Christ Superstar’ on Feb. 4-5