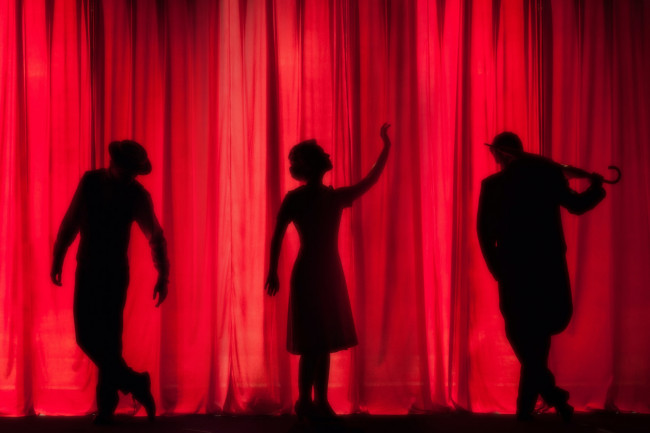 Act Out Theatre Group will host the shows “All Together Now” and “Seussical Jr.” in Dunmore on Saturday, Nov. 13 and Sunday, Nov. 14. The weekend, which includes a fancy gala, marks the early fifth anniversary of artistic director Dan Pittman.

It begins with two performances of “Seussical Jr.” at 11 a.m. and 3:30 p.m. on Nov. 13. The musical follows Horton the Elephant as he tries to save the Whos while simultaneously watching over Mayzie La Bird’s egg.

In true Act Out fashion, the production is double cast, meaning the actors play different roles depending on the showtime.

“They have been doing fantastic work,” said Kalen Churcher, the show’s director. “Several of the actors are performing lead roles for the first time, and I couldn’t be prouder of them. They are truly exceeding my expectations and consistently asking what more they can do.”

On both evenings, a musical revue featuring 20 performers from children to adults will take place.

“‘All Together Now’ is a musical revue that Music Theatre International made available at no cost to theaters all over the world to celebrate theatre and community,” said Pittman, who also owns the theater.

The revue runs approximately one hour and 45 minutes and features musical selections from well-known Broadway productions, including “Rent,” “Beauty and the Beast,” “Guys and Dolls,” “Newsies,” and “Little Shop of Horrors.” There will be a black tie optional gala beginning at 6:30 p.m. on Nov. 13 with light hors d’oeuvres. The revue follows at 7:30 p.m. Tickets are $28 for the formal gala and must be purchased in advance by Nov. 10.

In addition to celebrating Pittman’s five years with Act Out, the gala also serves as a fundraiser, with silent auction items and raffles available all weekend.

“Act Out’s friends and family have been wonderful throughout the past five years, but everyone truly came together when COVID hit and we weren’t sure when – and if – the theater would reopen,” said Pittman of Plymouth. “It’s been a long process, but we are slowly recovering financially from the shutdown.”

To date, the theater has not received any grant money during the pandemic, and all fundraising efforts have gone to pay back rent and enhance some of the program offerings.

Tickets for “Seussical Jr.” and “All Together Now” are available online at actouttheatre.com. Additional information on the productions and the gala, including the light menu, is also available online.

“There are so many great things happening this weekend,” said Churcher, also of Plymouth. “Act Out has six opportunities in two days for folks to attend performances. There is something for everyone, from the youngest of children to the seasoned Broadway aficionado.”

Act Out Theatre Group (150 E. Grove St., Dunmore) is primarily a children’s-based workshop theater that also produces several adult-cast productions annually and offers a variety of classes in its arts and education center.