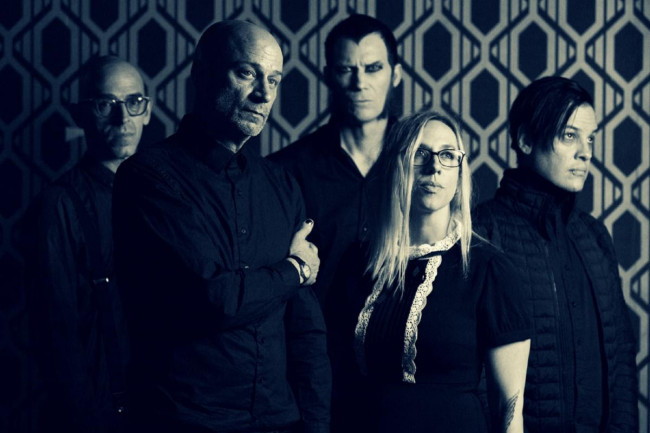 It was announced this week that gold-certified alternative rock band Cold, best known for hits like “Stupid Girl” and “Just Got Wicked,” will wrap up their current U.S. tour at the River Street Jazz Cafe in Plains on Friday, Nov. 26.

Scranton’s own alt rockers University Drive, who toured with Cold in 2019, will open the special Black Friday concert.

“[Touring with Cold] was an incredible time. I think it really cemented in us that this was something we wanted to continue to seriously pursue,” University Drive vocalist/guitarist Ed Cuozzo told NEPA Scene in an interview last month.

“It was amazing and incredibly humbling to play in venues we only ever dreamed of playing. We made a ton of new friends on the road, and it seemed like a lot of their fans took kindly to our music.”

Both bands will also be performing together on Saturday, Nov. 20 at The Gin Mill and Grille (1750 Main St., Northampton). Cold will be joined by another Scranton band, The Boastfuls, on Sunday, Nov. 21 at Stage West (420 E. College Ave., State College), along with New Dilemma and Waiting for Eternity. Tickets are on sale now.

The River Street Jazz Cafe show will be a homecoming for several members of Cold. The band was originally founded in Jacksonville, Florida in 1986 and saw major success with the albums “13 Ways to Bleed on Stage” (2000) and “Year of the Spider” (2003), but when vocalist/guitarist Scooter Ward reformed the group a few years ago after a hiatus, he began creating new material with a new lineup that included Berwick singer/songwriter Nick Coyle of Wilkes-Barre bands Lifer and Death Valley Dreams, who was soon named the group’s new guitar player in early 2017 as he worked on Cold’s latest album, “The Things We Can’t Stop.”

“I’ve been friends with Scooter and rest of the guys for like 15 years now, since back in the Lifer days. We toured with them in Lifer and then again when I was in The Drama Club. A few months ago, Scooter hit me up and said he was doing a new Cold record and asked if I wanted to be a part of it… and I said yes,” Coyle explained in a 2017 interview with NEPA Scene.

Both Coyle and Nova joined Cold on the Broken Human Tour, the band’s first tour in over eight years, with University Drive as support – they even shot the music video for the single “Without You” in Wilkes-Barre. The national run went so well that they were planning to hit the road again with “A Different Kind of Tour – An Intimate Evening with Cold” in 2020, but then the pandemic struck, so some members used the downtime to record a few quarantine covers with other local and national artists.

“[The tour] was awesome! I would say the best part was just talking with everyone that came out, hearing how the music has impacted their lives. It was pretty powerful stuff, man,” Coyle said in an NEPA Scene interview last year.

Now able to perform live again, Cold kicked off their 2021 tour in September with another NEPA native in their ranks – Tony Kruszka of Lifer on drums.

“We’re looking forward to reuniting with our family of fans this fall on tour. We’ve incorporated some of the songs that we rarely played live, along with all of the fan favorites. Stay safe and we will see you all soon!” Ward said in a press release at the time.

At the turn of the century, Cold unveiled the seminal “13 Ways to Bleed on Stage,” which went gold and yielded hits such as “Just Got Wicked,” “No One,” and “End of the World.” Their 2003 follow-up, “Year of the Spider,” marked their highest chart position, bowing at No. 3 on the Billboard Top 200, receiving a gold certification, and spawning the smash “Stupid Girl” accompanied by Rivers Cuomo of Weezer. 2005’s “A Different Kind of Pain” illuminated melodic strides to the tune of 37,000+ copies sold in its first week and a Top 30 debut. Meanwhile, 2011’s “Superfiction” continued this streak, crashing the Top 10 of the Top Rock Albums chart upon arrival and extending a growing legacy that includes over one million records sold in the U.S. alone.

The past few years have been transcendent for the band, peaking with the successful 2019 release of “The Things We Can’t Stop;” subsequent singles “Shine,” “Without You,” “The Devil We Know,” “Run,” and “Quiet Now;” and a North American comeback tour boasting several sold-out shows. Billboard said, “Cold is heating up for a new era,” and that period includes some distinctly local elements from NEPA. 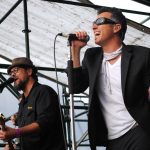 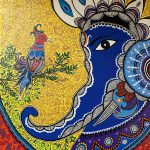