Jam band Umphrey’s McGee is back at Penn’s Peak in Jim Thorpe on Jan. 23 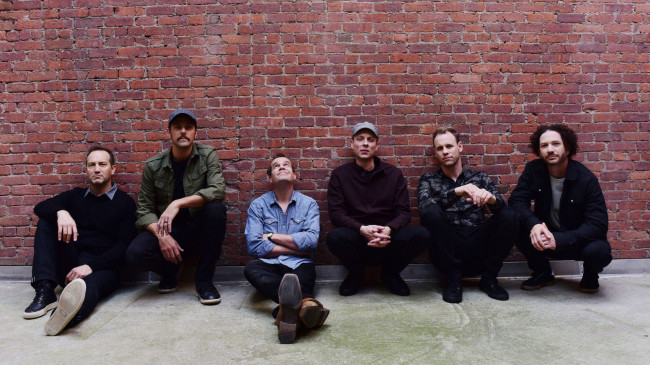 It was announced this week that Chicago progressive jam band Umphrey’s McGee, regulars at the Peach Music Festival in Scranton and Penn’s Peak, will return to the Jim Thorpe venue on Sunday, Jan. 23, 2022.

Tickets, which are $32 in advance or $37 the day of the show, go on sale this Friday, Nov. 5 at noon ​via Ticketmaster, the Penn’s Peak box office, and at Roadies Restaurant and Bar (325 Maury Rd., Jim Thorpe). Box office and Roadies Restaurant ticket sales are walk-up only; no phone orders.

The volume of chatter grows, the temperature rises, and the buzz in the room grows palpable. A flicker, then darkness as the house lights descend – the anticipation, the excitement that an entire crowd is about to experience something unknown, together. It’s a feeling fans of Umphrey’s McGee chase night after night, and the feeling of these shared experiences has been sorely missed.

Born from the live experience, forged from the pandemic, that desire to be together served as the impetus for Umphrey’s brand new album, “You Walked Up Shaking in Your Boots But You Stood Tall and Left a Raging Bull,” released on July 16 via the band’s own Nothing Too Fancy Music. Like the rest of Umphrey’s vast catalog, a call of progressive wizardry might elicit a response of soft acoustic balladry, or a funk groove could be answered by explosive percussion, or heavy guitars can give way to heavier blues. The difference is that this album touches on a group of songs that have never gotten the proper studio treatment – the band’s infamous walk-on music.

Recording remotely during the early days of shelter-in-place orders, the band – Brendan Bayliss (guitar, vocals), Jake Cinninger (guitar, vocals), Joel Cummins (keyboards, piano, vocals), Andy Farag (percussion), Kris Myers (drums, vocals), and Ryan Stasik (bass) – whittled down a list of their original walk-on compositions from as far back as 2009, eventually landing on the 12 instrumental tracks that make up the album.

“A few years ago, we had the idea that it might be fun to write some show intros that could wash over the audience as we took the stage,” Cummins recalled.

“We started playing prerecorded snippets, walking out to the stage to that music just before we would start our live shows,” Bayliss added. “Sometimes we played along to the recording, and other times we would cut the music and go live, playing what was coming over the PA as soon as we were in tune and ready to go.”

Beginning in April 2020, the band took to their own respective home studios to tackle the task of capturing their show-opening energy to tape. The result is “ultra-thematic” and “modern movie score-like,” according to Cinninger. “Like the intense part of your dream sequence, this is the music that goes behind it.”

Overall, “You Walked Up Shaking in Your Boots” feels like an all-out music nerd masterclass, the soundtrack for an unreleased Ridley Scott epic, and the inspiring force behind an all-time high score on “Cruis’n USA” or an impossibly difficult level of “Doom 2” – an album designed to put the wheels in motion, to get up and get after it, whatever it may be.

This new album is the latest achievement in the band’s career, adding to 2,200+ Umphrey’s McGee gigs and 250 million+ tracks streamed. You-had-to-be-there moments include performing at the first-ever Bonnaroo and selling more CDs (remember those?) than any other act on the bill. A leader in the live music world, they became the “first group to launch its own single-artist streaming service” with umlive.net, which houses recordings of every gig since 2005. The service has since grown and now lives on through Nugs.net, which is used by the likes of Pearl Jam, Bruce Springsteen, and more.

In 2015, they recorded 10 tracks in one day at Abbey Road for “The London Session.” Notably, 2016’s “Zonkey” mashed up the strangest of bedfellows into a critically acclaimed collection that unites Radiohead and Beck, The Weeknd and Fleetwood Mac, Talking Heads and Bob Marley, Metallica and Gorillaz, and more. Umphrey’s celebrated their 20th anniversary with another new album of all original material, their 13th full-length album, “It’s Not Us” (Nothing Too Fancy Music) in 2018, only to follow it up with the surprise full-length “It’s You” a mere four months later.

That adventurousness extends to their legendary audience immersion experiences. From their initial bar gigs in 1998 to repeatedly playing three-night runs to packed crowds at the legendary Red Rocks Amphitheatre, the group has simultaneously remained intensely committed to their fans. Beyond intimate backstage encounters and ski trips with their most diehard fans, Umphrey’s McGee instituted the groundbreaking “Headphones & Snowcones” program, granting fans access to professional headphones and a soundboard-quality mix to listen wirelessly at shows. At their UMBowl, they empowered the audience to vote on the setlist in real time and choose favorite improv themes via text message. In 2017, they stepped into another realm altogether by integrating themselves into the VR platform Endless Riff.

With the new album, a post-pandemic headlining tour, and a rescheduled three-night stint in Iceland on the horizon, “You Walked Up Shaking in Your Boots” kicks off a new era for Umphrey’s McGee and their ever-growing audience.

“There’s something uniquely Umphrey’s McGee that could never be mistaken for another band,” Cummins concluded. “I hope it makes people think a little bit or shed a tear or two. Maybe, you smile or laugh. Life is hard. We still believe music can heal and motivate.” 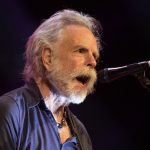 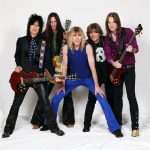