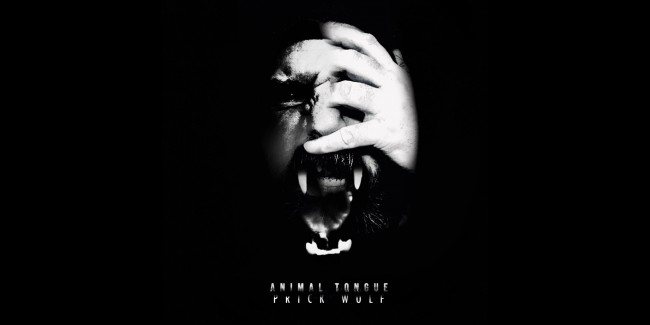 This brief but strange tale sets its origins almost a decade ago, in the time of The Rattler.

Coiled in Pittston, The Rattler was a rowdy, smoky rock and roll burger joint that was run by a bunch of cool kids and presided over irresponsibly by yours truly.

Although it was less than 10 years ago, the “times” couldn’t have been more different from our current American chapter. A delicate notion of whimsy was still resonating in the local music and arts scene. Local bands were plentiful (as they have always been in Northeastern Pennsylvania), and regional and national acts were in constant rotation at a half dozen or more Greater Wyoming Valley venues.

The Rattler was one of these cool houses.

One of the young people that worked at The Rattler had a sticker on the rear of his car that never moved from in front of the bar – it read “MACHINE ARMS.” The tiny graphic grabbed my attention every day. I soon was told without much prodding that this was “a defunct, but incredible, technical metal band” from the Wilkes-Barre area. I set out to find what I could to pacify my interest in the name “Machine Arms” and, within a day, I was listening to what reminded me of The Dillinger Escape Plan with a Converge and Cave In chaser. In plain terms, it was super fast and methodic with mathematical and odd, but tasty time signatures. I liked it.

Before long, I began to organically meet the guys that made up this interesting outfit… whom (in part), at some point prior to an upcoming Halloween, announced their interest in a reunion show and wished it to be hosted at our little slice of heaven. While building out this wildly hyped reunion gig, I met an excitable kid named Jonathan Pall from Dallas, Pennsylvania. He was a guitar player with Machine Arms who also had his own sometimes two, sometimes three-piece metal act called I Trust You to Kill Me.

Within a few passing conversations, Jon Pall and I had developed a casual friendship by way of his hands-on planning efforts of their “comeback” show. This event came and went without a snag. No biggie, although, the band is awesome. Soon after, Jon asked for a couple of favors filling in some dates on an ambitious cross-country tour for I Trust You to Kill Me. I am hesitant to call in long-distance favors for casual pals but made some calls on Jon’s behalf anyway. He was given all the info regarding the fill-in dates for which my Mid-West “metal fam” were more than happy to help out with by supplying gigs, couches, and openers – all the good jazz.

It’s right here that this story becomes disjointed and spotty as, admittedly, I really don’t know all the details.

I received a call from a friend of mine from Toledo, Ohio. He had said that ITYTKM never arrived. No call, no show.

I was a bit miffed, to say the least.

And then the next call came in a couple of days later. Same story, different state. Ugh.

For the sake of expediting this tale, we’ll say that someone randomly told me weeks later that Jon Pall had signed himself into a rehab treatment program the night before the tour was set to start and was still enrolled at that time. It sat sideways in my head. I felt relieved that the kid was safe and accounted for but also wondered at what point his fingers and cell had become broken prior to this life-changing decision. It was a fleeting notion as, even dealing with my own mountainous faults and mental health issues, I realized that it truly had nothing to do with me at all. The kid had done what he needed to do at that time.

Sometime the following year, Mr. Pall wandered back into The Rattler, knowing full well that I was probably harboring some nasty thoughts… which I found somewhat noble and brave.

I can be a scary asshole.

He told me his tale and asked what he could do to make it up to me, to which I replied, “I want you to make me the best grilled cheese sandwich that has ever been made.”

I, to this day, do not know what he thought I had truly meant by this request. I wholeheartedly believe that he read deeply into it, digging into innuendo and cryptic double meanings of the words. He undoubtedly mulled this over in uncomfortable and unnecessary manners in a tortured attempt to decipher the buried meanings in my request.

Truth being, there were no hidden meanings. I just felt that it would be an easy, yet silly, thing to ask as payment for the faux pas… and I love sandwiches.

Welp. I never saw or heard from Jon again until recently, save the time that a girl who sang for an incendiary group from St. Clair called Tusko approached me at Bart and Urby’s (RIP) and asked me if I was the same James Callahan in which Jon Pall from I Trust You to Kill Me wrote the song “James Callahan” “in honor” of?

Wait, what? This disappearing act of a kid wrote a song called “James Callahan?” This I had to hear.

Upon locating it online and then accessing the lyrics from a different site, this track didn’t immediately hit me as complimentary or honorable at all. It actually read like the opposite of the actual narrative between myself and young J.P.

It was at this point that I became angry that I had never received that cheese sammie.

The following are direct quotes from Jon Pall, filling in the blanks in the timeline between the release of the track “James Callahan” (seven years ago) and our recent reintroduction via Terry Childers, a.k.a. Executive Producer Prick Wolf:

“I was engaged once, we didn’t marry. I was married once when I moved to the U.K.

I earned a master’s degree in social work and was employed as a therapist for about five years.

I lived in a van for a year in Montana. I am a savage alcoholic, which created deep shame in my heart and I prefer to be alone.

I am completely introverted.

There have been three visits to psych wards.

I have been jailed twice for alcohol-related events that ultimately placed me in close to a dozen rehabs.

I wrote this in a very dark, dark place during my last spree. Might not mean anything, but it’s sad: I pay for pain constantly arraigned if it never rained the danger to feel plain. Cut me off a sliver or fill my quiver the shiver with a compromised liver (excerpt from an untitled rhyme).”

All right, folks, this is your captain James Callahan speaking. I am going to attempt to land this plane right quick.

It was during several visits to Jon’s pop’s home with my partner in art, crime, and life Kristin Rose while he was working via home studio with Wilkes-Barre native Executive Producer Prick Wolf/Trashbot/Terry Childers on his newest incarnation that I saw and felt something familiar.

A comeback. Not to the music scene, but to life itself.

I regained a lost respect for Jon as an artist and agreed to art direct and shoot a video for his newest skin, alt hip-hop/indie rapper Animal Tongue. 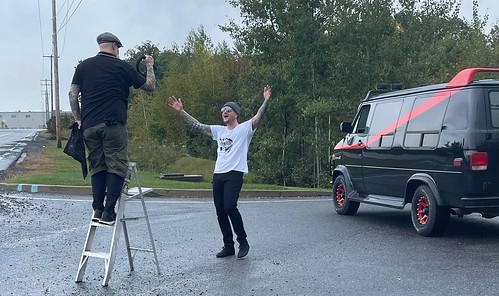 Some of you may have had your own stories with ole JP. And still more of you may be asking, “Why trust this again?” I can most simply address it this way:

There are two types of humans in this world… those who are “broken in some way” and liars.

I recognize the darkness leaving Jon for this chapter.

I felt it leave me for a little while a while back… and its slow, seeping continuation gives rise to inspiration.

Plus, if we do not invest in the out-of-the-box circumstances where we see ourselves in others then where the fuck are we going?

It is Camp Rattler’s distinct pleasure to introduce the hipster-hop track “Blush” by Animal Tongue. 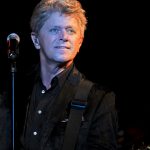