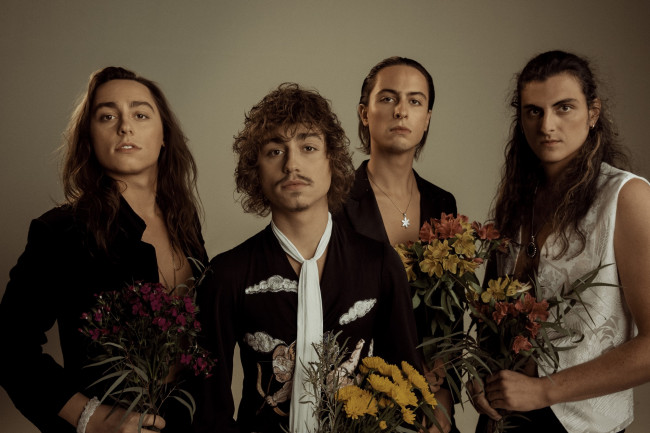 Following this year’s sold-out headlining events and a No. 1 Billboard rock album, Grammy Award-winning rock band Greta Van Fleet has confirmed the dates for their forthcoming Dreams in Gold Tour, which see the young group making a triumphant return to their original stomping grounds in Michigan for a string of arena shows starting March 10, followed by Midwest dates and international shows in Mexico, Europe, and the U.K.

Tickets are on sale this Friday, Nov. 12 at 10 a.m. via hersheyentertainment.com and ticketmaster.com.

“The Battle at Garden’s Gate” explores the boundaries of the group’s artistry and reflects heavily on the individual members’ personal and spiritual growth during their rapid rise. Just four years ago, they were playing for an intimate crowd in the lobby of the F.M. Kirby Center in Wilkes-Barre. They’ve since performed across multiple continents, sold over two million albums worldwide, performed on late night television shows, topped the Billboard U.S. Mainstream Rock and Active Rock charts, and won the Grammy Award for Best Rock Album in 2019.

“There was a lot of self-evolution happening during the writing of this album that was prompted by experiences I had, experiences we all had,” Josh Kiszka explained.

Here in the 21st century, the process of discovery is automated. The boom-bust cycle for Internet celebrities happens with such regularity you might mistake it for the tide. It’s very easy come, easy go. The sides of sounds are sanded down for context – the docile pleasantness of the elevator, the lobby – so much in the TikTok era has a formulaic feel: a dance, a hook, an ad, a stream… Listening to Greta Van Fleet, people remember that once upon a time, music was made for people, not for machines. The band’s anthemic second studio album, “The Battle at Garden’s Gate,” offers reverence to visceral feeling – music made for people.

Greta Van Fleet is a rock band, or rock and roll band. Like all that came before, they are grappling with what that means. Rock music is always trapped in a sort of eternal return, dying and being reborn like a phoenix. It died “The Day the Music Died.” But somewhere out there, some kids are digging through their parents’ vinyl, rediscovering the greats. Like a Horcrux, the great recordings of the past resurrect rock for the future. Despite ranging in age from 21 to 24, Greta Van Fleet are intent on being part of that story, intent on bringing romance, power, and passion back to music. Telling stories through song the way only young people can.

In three years, four boys from a town of 5,000 people went from touring the grimy rock bars of Detroit and Saginaw to headlining shows on five continents with audiences triple their hometown’s population. The band that once attracted crowds of teens to improvised forest concerts has now sold over one million tickets worldwide. Stadiums in Italy are a far cry from a field strewn with pickup trucks, framed by the canopy of tall coniferous trees, where they learned to love an audience. Colorado’s Red Rocks Amphitheater is a world away from the tiny Midwestern bars where they got their start (before they were even of legal drinking age). From Frankenmuth to a tour bus across America, then their first-ever flight to Europe, their newest album is a reflection of their journey into the present.

Produced by Greg Kurstin and released on April 16, “The Battle at Garden’s Gate” has an elegance unlike the band’s previous work. The album refines the hard-edged automotive quality of previous output while maintaining its savagery. Songs like “My Way, Soon” and “Age of the Machine” are not quiet. The component parts have merged into a more symphonic whole. The album is complex; the song structures are winding, intelligent, and surprising. They have a knowing quality, like a bad day that became a good day with a stroke of luck. These songs don’t feel like the highway. They feel like cathedral ceilings. It’s Greta Van Fleet, so the vocals swoop and hit notes you’d never expect. The guitars shred. The symbols cascade. The drums quicken with unexpected force.

It’s not an album content with being basic. Hook, melody, refrain exist for Greta Van Fleet to color outside the lines. The songs have city energy. At first glance, there’s something improvisational about them. But as the songs gain altitude, there’s a structure found underneath that may not be immediately perceived. These are songs about freedom. The lyrics go, “I choose the road.” These are hopeful songs. They’re happy in a way that feels unfamiliar, maybe because there’s depth here. It’s not forced and saccharine, but genuine. “I’ve packed my bags and I’ve got my freedom.” That sentiment, of course, is the entire trajectory of the band.

Greta Van Fleet has already won a Grammy for Best Rock Album for the EP “From the Fires,” certified gold, and saw their debut studio album, “Anthem of the Peaceful Army,” debut at No. 1 on Billboard’s Top Rock Albums chart. For all their accolades, the band members lack the calculated craftiness of over-branding. They are a group of ingenues that exude that very tricky term “authentic.” Sam said they are troubadours. The soul of their project is performing, they have that attitude – that real rock happens live. In polite terms, they’re virtuosos. But more specifically, they would say they want to rip your face off.

“The Battle of Garden’s Gate’s” sophistication and aggression sits at an odd disjuncture from their youth, but that is the definition of an ingenue. So many have been positioned as the future that people have forgotten how to recognize the real thing. Expectations may run high, but Greta Van Fleet is indifferent to opinion. The band doesn’t have to say a certain thing or act a certain way to convince anyone of their capacity. All they have to do is play. 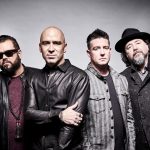 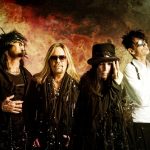