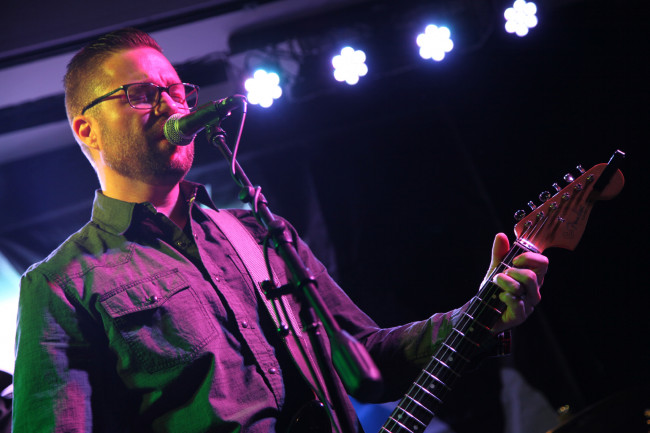 This week, over a decade of work culminated in “Sleeplore,” the self-titled debut EP by Clarks Summit songwriter, producer, and alternative experimentalist Clyde Rosencrance.

The acclaimed solo project was released on all major streaming platforms on Dec. 15 following his band’s first-ever live performance at Stage West in Scranton last month as part of the Electric City Music Conference.

“When I started this project, I had no intention of doing live performances really, but I also didn’t necessarily have specific intentions with a lot of the things that I’ve done so far. It’s just been a release and a way for me to liberate myself of some material I have been sitting on,” Rosencrance explained.

“This was simply an opportunity that I could not turn down. … For only having three rehearsals and it being our first time playing together, we had such a blast.”

Sleeplore was also named Best New Artist at the Steamtown Music Awards that same weekend, living up to the promise of major publications like Alternative Press that featured it in print as one of its “100 Artists You Need to Know” and online as one of the “10 unsigned emo bands to keep an eye on in 2021.”

“This EP has been a labor of love. Recorded at different locations over more than 10 years while working on other projects, somehow it all came together, and while the songs are very different, there is a lot of commonality as well,” Rosencrance said.

“It has taken an insane amount of work to get here, and I can’t thank those who have helped enough.”

“It started with a conversation with Nathan Tersteeg where I wasn’t even sure what I wanted. I just knew I loved what he does. After a few more conversations, talk about music, other art we liked, Nathan got to work,” Rosencrance recalled.

“What you see here is Nathan’s visual interpretation of the Sleeplore sound. It also includes a setting on the Susquehanna River, which is meaningful to anyone from this area. Finally, I asked my talented friend Keith Perks to be a part of it by doing the layout and text work to bring it all together.”

The music often calls on elements of discovery and the comfort of isolation. Weaving a thread to combine hypnagogic visions with a contrived production style, the project offers listeners a sonic template from which they can contemplate their own unique stories.

Sleeplore’s debut single, “Let Go,” was released at the end of 2020, but Rosencrance’s formal tenure in music spans about a 15-year period. Throughout that time, the Dalton resident has released several collaborative works from the raw college rock and alternative sounds of The Magdalyns (dubbed “skeleton rock”) to more contemporary rock and roots-based sounds like OurAfter and the Dalton 45’s. He has shared the stage with an eclectic array of notable artists, such as Yellowcard, The Roots, Everclear, Flyleaf, The Ataris, and Dispatch, among others.

Rosencrance has also produced many other musicians, both independently as well as through his personal facility, Republic Audio Studio, which was named Studio of the Year at the 2020 Steamtown Music Awards. Notable regional artists he has recorded include The Holtzmann Effect, Soul Satellite, Royal Hell, Days in Transit, Black Hole Heart, The Mange, Black Nihil, These Idol Hands, Phyllis Hopkins Electric Trio, JP Williams Blues Band, Timothy Zieger, Mara Katria, and Butch Frable. Often referred to as a “fifth member of the band,” he helps drive their vision to realization and adds certain elements that offer a sonic signature.

Now he is leading a band of his own on a musical journey that is just getting started. Watch Sleeplore’s debut performance from Nov. 20 below: