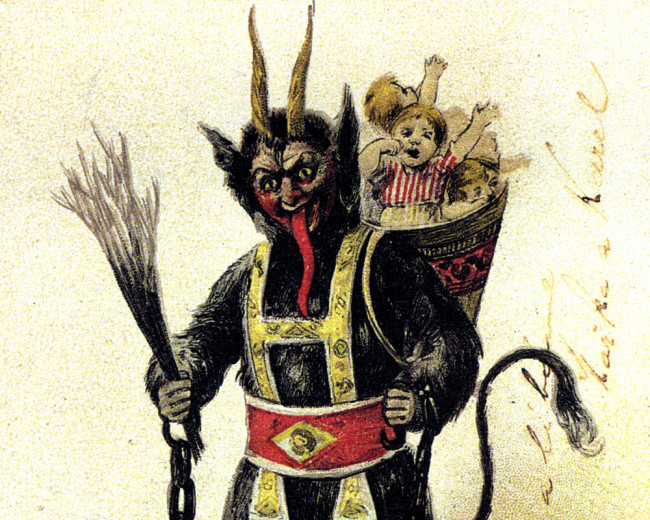 If you’ve been more naughty than nice this year, skip those lines at the mall waiting for Santa Claus and go straight to The Strange and Unusual Oddities Parlor in Kingston to meet Krampus instead on Saturday, Dec. 11.

A dark counterpart to ol’ Saint Nick and his rewards for good children, Krampus is a horned goat demon from Central European folklore who punishes the bad kids who misbehaved all year by taking them away in his sack or whipping them with birch branches. In recent years, the “Devil of Christmas” has seen a resurgence in popularity with costumes, movies, greeting cards, and events like Krampuslauf.

While this creature may be a bit too scary for some little ones, all ages can come and take free photos with Krampus on their own devices from noon-5:30 p.m.; pets are also welcome to take part in this third annual tradition. The Strange Brew coffee shop inside the store will serve specialty lattes while everyone waits.

Every family has at least one person who is difficult to shop for in traditional stores, so The Strange and Unusual (467 Wyoming Ave., Kingston) is the perfect place to find “one-of-a-kind goods and unique collectible items for you, your home, and the strange and unusual people in your life,” including clothing, antiques, vintage items, jewelry, books, furniture, knick-knacks, novelties, and ethically-sourced, cruelty-free taxidermy, skulls, bones, and bugs pinned neatly behind frames.

After spending years collecting weird and creepy things as he toured the world as the keyboardist of Scranton metal band Motionless In White, owner Josh Balz founded the Kingston oddities shop in 2013 using pieces from his own collection before expanding into a bigger building and opening a second location in Philadelphia in 2015.

Balz played on the band’s first three albums on Fearless Records and their 2017 Roadrunner Records debut, “Graveyard Shift,” before leaving the group in early 2017. His continues to create music with his solo project, Strange Kids, but that’s not all the 32-year-old entrepreneur has been up to.

He focused on turning his popular Noir Nights parties at Stage West in Scranton into a gothic bar and restaurant, Noir Dark Spirits, that opened earlier this year. He also transformed Camelback Mountain Resort in Tannersville into a haunted attraction, started a new Bazaar of the Bizarre event at the F.M. Kirby Center in Wilkes-Barre, and teamed up with three other local entrepreneurs to launch a craft soda brand called Parlor Beverages – four-packs of root beer, butterscotch root beer, and birch beer are now available in stores and online. 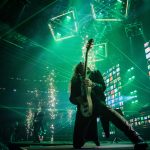