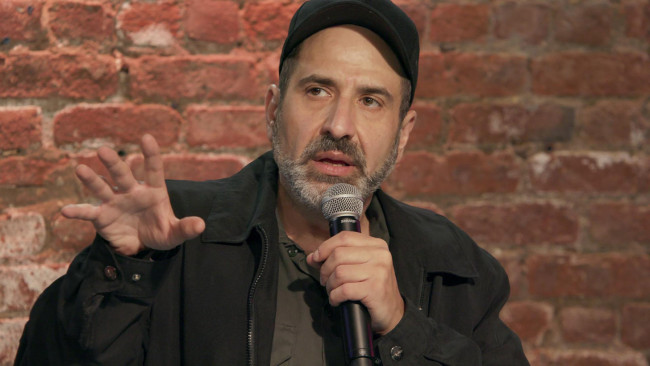 It was announced today that comedian, actor, and writer Dave Attell, best known as the host of Comedy Central’s “Insomniac with Dave Attell,” will bring a full night of laughter to the main stage of the Keystone Grand Ballroom at Mohegan Sun Pocono in Wilkes-Barre on Saturday, March 19 at 8 p.m.

Tickets, which start at $25, go on sale this Wednesday, Dec. 15 at 10 a.m. via ticketmaster.com. Tickets will also be available at the Mohegan Sun Pocono Box Office located at the Player’s Club (1280 Highway 315, Wilkes-Barre). Guests who purchase their tickets at the box office will receive one voucher per ticket for $10 in free slot play, valid on Saturday, Dec. 19. The free slot play offer is only available for guests who are 21 and older.

Dave Attell was named one of the “25 Funniest People in America” by Entertainment Weekly. His caustic wit, rapid-fire delivery, and his choice of material that can best be described as “very adult” has earned him the reputation as a “comic’s comic.” But if you ask Attell, he’d say, “I’m just trying to get some laughs and sell some drinks.”

Over the years, he has built up a cult following through a relentless performance schedule and as the host of “Insomniac with Dave Attell,” which ran for four seasons on Comedy Central in the early 2000s.

He can next be seen in the Hulu series “Life & Beth” alongside Amy Schumer, Michael Rapaport, and Michael Cera. He can also be seen on “Bumping Mics” with Jeff Ross, currently streaming on Netflix, and HBO’s “Crashing” with Pete Holmes. His stand-up series “Comedy Underground with Dave Attell” and his one-hour special “Road Work” were featured on Comedy Central, and “Road Work” is now streaming on Netflix.

When he is not on the road, Attell makes regular appearances at the Comedy Cellar in New York City.

Mohegan Sun Pocono, owned by Mohegan Gaming & Entertainment, was the first destination to bring gaming to Pennsylvania in 2006 and has since become one of the premier entertainment, gaming, shopping, and dining destinations in the state. Situated on 400 acres in Plains, Mohegan Sun Pocono features a 238-room hotel with an on-site spa and adjacent 20,000 square-foot Convention Center. It is currently home to 82,000 square feet of gaming space, including 80 live table games, 2,300 slot machines and electronic table games, a variety of dining and shopping options, nightlife, entertainment, and live harness racing. Mohegan Sun Pocono is within easy access of New York, Philadelphia, New Jersey, and Delaware.