In October of 2018, just a few months after The Vault Tap & Kitchen closed after four years in business, the former bank building in West Scranton reopened as Stage West.

The historic structure on North Main Avenue was reworked by one of its co-owners, Steve Masterson, into a small, 200-capacity music venue that hosted hundreds of national touring acts as well as many local artists of all genres. From sold-out concerts to quiet nights, Stage West had its ups and downs but remained successful enough that Masterson opened a second Stage West location in State College.

Today, he took to social media to announce the sale of the original Scranton location, citing difficulties following the pandemic that shut the place down for nearly two of its three years in business. Stage West in State College, however, will remain open:

It is with mixed emotions that I announce the sale and closing of the Stage West Scranton location in the coming weeks. It has been an amazing 8 years and an honor and privilege of serving my hometown Scranton community.

Throughout this time, I have met SO many countless amazing souls, from coworkers, artists, agents, managers, and staff that have become true lifelong friends. Stage West (and formerly The Vault) was the platform that allowed me to pursue my passion and career in the music industry and has given me opportunities and experiences I could’ve never dreamed of.

I felt that following the last two difficult years of the pandemic that the business had run its course and it was time to move on. I was given an excellent opportunity that I had to seize. The Stage West brand will carry on at our State College location, as well as some other new exciting projects in the works here locally and regionally…

I do not know the future building owners or what they have planned with the venue, but I do hope it will be something great and positive for the community. As for us, we will be winding down the business over the next few weeks of the holiday season, with some final remaining events and announcements on the calendar, so please stop in and say hi, we’d love to see you! And from the bottom of my heart, a sincere THANK YOU to everyone who has made the past 8 years so incredible! You are so loved and appreciated ❤️

Following Parade Day on March 14, 2020, Stage West was among many of the small businesses forced to close due to COVID-19. In the downtime, it managed to stay in business by offering an expanded menu of takeout food, a beer home delivery service, and by opening a cold-pressed juicery in the building called Press’d.

During the quarantine, it hosted Facebook Live trivia streams and teamed up with Scranton pop rock band Nowhere Slow, Ionic Development, and NEPA Scene to present a live streaming socially distanced concert. Each member of the band was spaced over 6 feet apart from each other across the entire empty venue as they played a 90-minute set of rock hits and interacted with Facebook commenters watching the stream from home.

When Lackawanna County entered the yellow phase of reopening on June 5, 2020, Stage West partially opened to the public for outdoor dining on its deck in mid-June, offering a weekly “Wings & Strings” series featuring wing specials and unplugged musicians. It celebrated the green phase of reopening soon after with its first indoor show with Nowhere Slow on June 27, but as national acts continued to cancel or postpone tours, Stage West, Masterson, and his booking company DamnMillennial Promotions shifted their focus to drive-in concerts, presenting events at the Circle Drive-In Theatre in Dickson City and the parking lot of Montage Mountain in Scranton for the rest of the summer and into the fall, making national news for their innovative shows that kept music alive during those difficult months.

Scranton alt rock trio The Boastfuls reopened Stage West on Nov. 14, but limited-time mitigation orders from Governor Tom Wolf that closed bars and restaurants through the holidays forced the venue to cancel a Black Friday event with Philadelphia DJ Shizz Lo and other events set to close out the year. With social distancing requirements, capacity restricted to only 50 percent, and a curfew that prevented serving alcohol after 11 p.m., there was very little that they could do.

In 2021, live music didn’t return to Stage West until April with Black Tie Stereo and A Proud Monkey, and from there, the doors were only open sporadically, often remaining closed for weeks at a time. The last major event it hosted was the Electric City Music Conference last month, serving as one of seven venues with special performances, a short film screening, and educational panels.

Stage West has two events scheduled this week – an EDM show featuring Bear Grillz, Flipswitch, and Wusta on Thursday, Dec. 9 at 9 p.m. and a local rock concert with James Barrett, University Drive, and Room 108 on Friday, Dec. 10 at 9 p.m. There is no word yet on what its final show will be, but much of the local music scene and its fans will remember the venue and its impact for years to come. 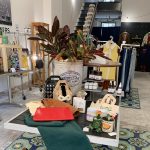 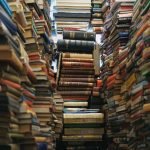