“Sharing a Breath” by small town goth Markus A. D. is a moody little folk punk ballad that enters the brain slowly and then lodges itself in the heart, not unlike something sharp and cold getting stuck in and then abruptly broken off.

The Wilkes-Barre singer/songwriter and Plains native claims a simple but rich life in Pennsylvania’s coal country that primarily consists of hanging with his dog, writing emo songs about drinking and “breaking up,” drinking, breaking up and, of course, smoking all the cigarettes.

During the pre-production phase of this piece, the Camp Rattler folks met with unofficial spokesman of the historic borough of Dalton, Dan Jones of Dapper Dan’s Classic Cuts, regarding setting the Markus A. D. narrative downtown and on the infamous Nicholson Bridge itself.

“Danny Boy” and I used to skate and fuck around together over a million years ago, and he was still happy to reach out to the actual mayor and a few other downtown business owners and, like magick, the red carpet was rolled directly to our toes. Dan’s the man.

The combined Camp Rattler/Video Ninja Productions team (like a sexy Voltron) enjoyed the last two days of unseasonably warm temps for this beautiful video on the streets and the dizzyingly high bridge of this legendary Pennsylvania burg.

The “Sharing a Breath” video speaks to the loneliness of one being left of center in a right of center world. It displays raw perseverance screaming in the face of discouragement and disinterest… and, of course, negotiations with one’s own personal demons.

We love the final product and are proud to have written with Markus on this project. He’s definitely a Northeastern Pennsylvania songwriter that everyone should keep their eyes on. He’s a smart cat – super pro.

For more perfectly and personally flawed sounds and words from Markus A. D., find him on Bandcamp, Spotify, Apple Music, and other platforms, including in person occasionally at the NEPA Scene Open Mic on Tuesday nights at The V-Spot in Scranton. 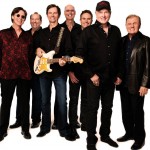