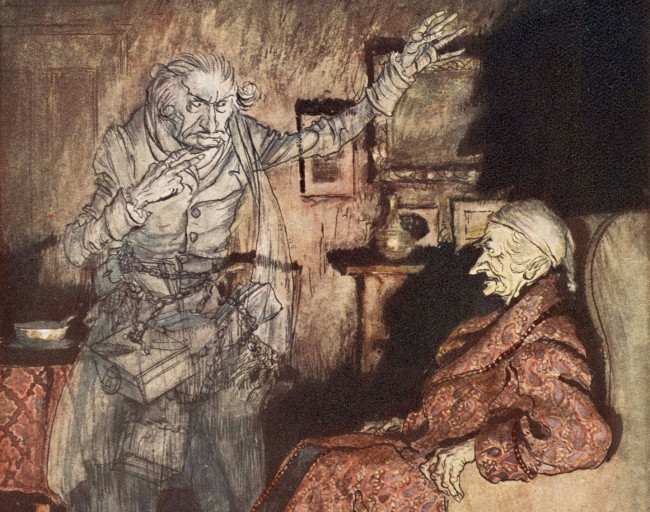 WVIA Radio will present the Bloomsburg Theatre Ensemble’s production of “A Christmas Carol” as a special radio broadcast on Saturday, Dec. 18 at 3 p.m.

This adaptation of Charles Dickens’ beloved story of hope and redemption was created by longtime BTE member James Goode, who also directed the performance. Goode describes the production as a gift from the whole company.

“I opened up casting to everyone in our organization – education, production, and administrative staff – and many decided to participate, he said. “Listeners will hear voices other than the actors who appear on stage at BTE in normal circumstances.”

WVIA can be heard at 89.9 FM in Northeastern Pennsylvania. Station manager Larry Vojtko is excited to be partnering with BTE.

“WVIA is thrilled to offer this unique retelling of a much-beloved Christmas story. Dickens’ unforgettable characters come alive through performances by the remarkably talented members of the Bloomsburg Theatre Ensemble. The story is further enhanced by a rich aural palette that includes music and sound effects. I am so grateful that Jon White-Spunner and James Goode called me to offer this treat as a Christmas gift to the WVIA listeners.”

“A Christmas Carol” is the story of Ebenezer Scrooge, a cold, bitter old miser who despises Christmas and everything about it. When the ghost of Scrooge’s former business partner Jacob Marley visits him on Christmas Eve exactly seven years after his death, Scrooge is challenged to rethink his ways before it is too late.

Over the course of the evening, he is visited by three more spirits, the Ghosts of Christmases Past, Present, and Yet to Come. These visits help Scrooge to see the error in his ways transforming him by the end of the story into a kinder and gentler soul.

The cast also includes Willow, Maya, and Thomas Bishop as the Cratchits and other children; Amy Rene Byrne as a charitable person, Belle, a female guest, and charwoman; James Goode as Bob Cratchit, Dick Williams, and a businessman; A’nie Kirchner as Mrs. Cratchit; Abigail Leffler as a caroler, fan, Mary, and Mrs. Diller; Danny Roth as a charitable person, Fezziwig, the Ghost of Christmas Present, a businessman, and the undertaker’s man; Thom Sirkot as Topper and a businessman; Henry Turnbough as boy Scrooge and Peter; Lily Wirth as the Ghost of Christmas Past, Martha, and turkey boy; Zach Shultz as Peter Crachit; Eric Wunsch as Fred, Marley, young Scrooge, and a businessman; and Michael Yerges as Mr. Belle, a businessman, and Old Joe.

BTE’s “A Christmas Carol” is also available as a podcast at btepodcast.org. Support for the broadcast is provided by the Wayne County Community Foundation.

Bloomsburg Theatre Ensemble is currently celebrating 44 years of bringing live professional theatre to Columbia County and the surrounding region. Its latest production, “Merry Christmas, George Bailey,” which is inspired by the 1947 Lux Radio Theatre broadcast of “It’s a Wonderful Life,” runs through Monday, Dec. 27 at the Alvina Krause Theatre (226 Center St., Bloomsburg). Tickets are on sale now at bte.org. 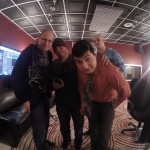