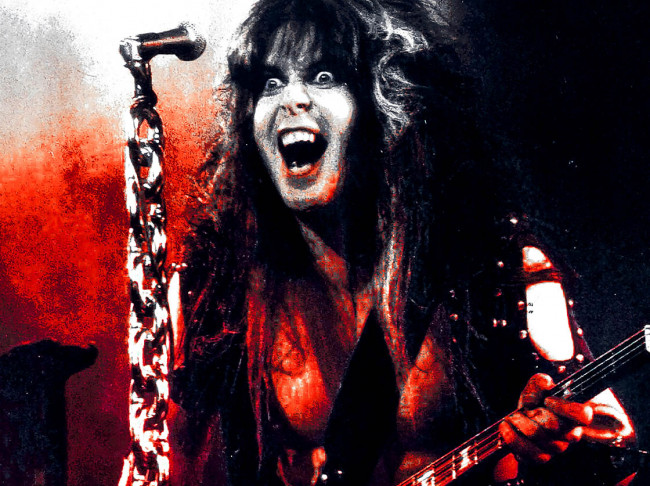 June 6, 2022 marks the 40th anniversary of W.A.S.P., a band that has rocked, shocked, thrashed, trashed, and blasted its way into shock and roll history.

To celebrate, they will embark on their first U.S tour in a decade and take fans back through 40 years of madness. The nationwide journey begins on Oct. 29 in Anaheim, California and will wind its way through over two dozen cities, coming to a close on Dec. 9 in San Francisco, California. Coming along for the trek are fellow Los Angeles rockers Armored Saint, who are also celebrating their 40th anniversary.

Featuring bassist Mike Duda and lead guitarist Doug Blair, whose time in the group is 26 and 18 years, respectively, along with drummer extraordinaire Aquiles Priester, they will take the band and the fans back to where it all started, complete with the stage show extravaganza that many fans never saw live.

“So join me and the band, and very special guests Armored Saint, as we celebrate [the] W.A.S.P. 40th Anniversary Tour back in the U.S., back to the beginning. I’m gonna scream, ’cause I wanna feed, ’cause I wanna bleed, ’cause ‘I Wanna Be Somebody,'” Lawless continued.

Tickets, which are $39 in advance or $44 the day of the show, go on sale this Friday, Jan. 14 at 10 a.m. via ticketmaster.com, the Penn’s Peak box office, and at Roadies Restaurant and Bar (325 Maury Rd., Jim Thorpe). Box office and Roadies Restaurant ticket sales are walk-up only; no phone orders.

Few artists in the history of rock ‘n’ roll have ever incited the love, hate, and raw emotional effect that W.A.S.P. has had on the world. From the very beginning, in the small venues of Los Angeles, California and later in the numerous countries worldwide that banned these “Winged Assassins” from performing live, the band’s unique style of shock rock caused religious organizations, local city councils, parliaments, and the U.S. Senate to hold hearings in an effort to bar this group from selling records and trashing stages everywhere they played.

Founding member Blackie Lawless has led the group as its lead vocalist and primary songwriter since the beginning. His unique brand of visual, social, and political commentary took the group to worldwide heights and sold millions of records alongside a legacy of sold-out shows across the globe for four decades.

“Armored Saint is totally pumped to be the special guest on the upcoming 40th anniversary tour of W.A.S.P.,” vocalist John Bush commented.

“This tour will take us back to our fond memories of sharing the stage together with W.A.S.P. at the Troubadour in Hollywood, where it all began in 1982. We’re also excited to be playing tunes from our last record, ‘Punching the Sky,’ since we haven’t done any shows since its release in 2020. Old schoolers, I expect you there! New schoolers, we want you there! It’s gonna be a blast!”

Armored Saint also released their “Symbol of Salvation Live” CD/DVD this past fall via Metal Blade Records. The release came in celebration of the seminal album’s 30th anniversary, an album vocalist John Bush refers to as the band’s “cornerstone record.” “Symbol of Salvation Live” is a combination live album and video of the band playing the record in its entirety at New York City’s famed Gramercy Theatre during their 2018 tour. It captures the power, diversity, and peerless songwriting contained within.

“I felt like showing ‘Symbol’ in another light was a great homage to the record itself,” bassist Joey Vera stated.

“Also, having all the fans be there and part of that event is a way for us to say, ‘Thank you!’ For, without them, we can’t do any of this in the first place.”