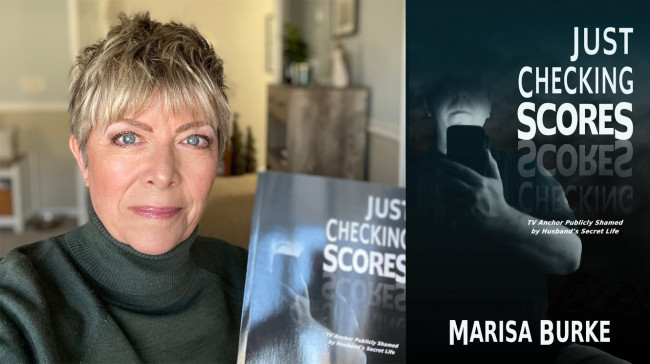 After spending several years largely out of the public eye, former WNEP-TV news anchor and lead producer Marisa Burke is back to tell her side of a scandal that upended her life and broadcasting career as she knew it.

Marisa Burke is a top-rated local anchorwoman at one of the most respected local ABC affiliates in the country. She enjoys celebrity status, six-figure salaries, a gorgeous home, and beautiful family.

But rather than reporting the news, Marisa suddenly becomes the subject of it when her husband, an admired educator, the father of her two young girls, and the man she truly believed was her loving soulmate, was arrested for unlawful sexual relationships with underage boys. What was even more excruciating, Marisa was forced to endure the shame and embarrassment of anchoring the same newscasts in which the personally gut-wrenching news stories about her husband’s charges were reported.

Marisa Burke’s shocking memoir “Just Checking Scores” reveals what happens when a person at the top is brought down by public humiliation into a world of deep despair and what Burke did to channel her suffering and anguish into defiance and strength.

This week, she begins a book tour to sign copies and share her story in libraries and bookstores throughout Northeastern and Central Pennsylvania, two regions where countless residents watched her deliver the news night after night for decades. (The full schedule is listed below.)

Kandel, a former educator and Scranton school director, was charged with sexting five underage boys. He pleaded guilty to one count of online enticement of minors and was sentenced to over 14 years in federal prison. He remains in jail to this day and has not been in contact with his family, according to The Morning Call.

“Marisa Burke opens her heart and soul to tell her family’s story of the pain, rejection, loss, and anguish when a husband and father lives a double life,” said David A. Jolley, author of “A Good Cup of Coffee.”

Burke is now the owner/operator of Marisa Burke Communications, LLC. This multimedia agency specializes in “providing persuasive communications to drive awareness and engagement, while attracting attention and elevating the reputation of organizations,” having “expertise in brand storytelling, media relations, writing, editing, marketing communications, and content development to integrate it all on traditional, social, and digital channels,” according to her website.

Born in Central Pennsylvania, she is a graduate of the Roy H. Park School of Communications at Ithaca College, New York with a bachelor of science degree in broadcast journalism and communications.

Burke spent most of her broadcast journalism career at WNEP-TV, the top-rated ABC affiliate in Wilkes-Barre/Scranton, serving as the main anchor, lead news producer, and managing editor. She received a national Edward R. Murrow Award in 2005 and was named Broadcaster of the Year by the Pennsylvania Association of Broadcasters in 2017, not long after she concluded her local television news career.

The following year, she assumed the role of national media specialist at Geisinger Health System, an integrated health services organization that serves more than three million patients in Pennsylvania and New Jersey.

Burke currently lives in both Colorado and Pennsylvania and has clients in both states. 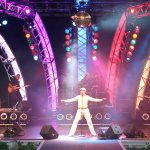