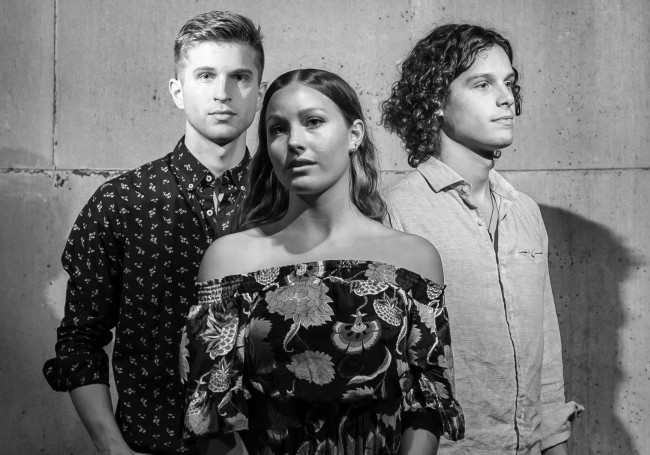 It was announced today that Girl Named Tom, the first-ever trio to win NBC’s singing reality competition “The Voice,” will perform at the F.M. Kirby Center in Wilkes-Barre on Saturday, June 4.

The group’s folk sound is built on the palpable voice of Bekah Grace and her two brothers’ beautiful harmonies. While their original repertoire is full of variety, the acoustic instruments and sweet vocal blend places them with acoustic pop and singer/songwriter music. Their style combines the classics (Joni Mitchell; Crosby, Stills & Nash) with artists of today (Taylor Swift, The Wailin’ Jennys, Adrianne Lenker).

Established in 2019 and based in the Midwest, small-town sibling trio Girl Named Tom seeks to create harmony in a world divided. With their distinctive harmonies and heartfelt performances, Bekah, Joshua, and Caleb Liechty won the hearts of America while becoming the only group to ever win NBC’s “The Voice.” In addition to their chart-topping covers (“River,” “The Chain,” and “Dust in the Wind,” among others), GNT writes original music with the aim to become the best-known harmony trio of their generation and inspire the world with a common goal – to fly and help each other fly. Their name is based on a childhood nickname – Joshua used to call Bekah “Thomas” when she was a baby.

With their debut EP, “Another World,” Girl Named Tom sweeps the listener into reflective space, exploring fond memories, global issues, and intimate conversations. Audiences have been “blown away by the musicality and harmonies, creativity, honesty, beauty. This sibling trio is stardust.” Crazy World exhibits “crystal clear lead vocals, driving (and unique) percussion and, after 3 minutes build up, an amazing section of their three voices intermeshing together.”

In their first year as a band, they drove their old minivan cross-country from Ohio, playing 67 shows in 27 cities before the pandemic struck, including Lancaster at Tellus360.

During the 2021 season of “The Voice,” they landed four songs concurrently on the iTunes Top 10 charts, with two songs reaching No. 1. They also received praise from both mentor Kelly Clarkson and Ariana Grande, stating that “[they are] the most special thing I have seen on this show” and they give “ethereal, gorgeous performances,” respectively. Now, after winning Season 21, they cannot wait to hit the road and visit new fans in person. 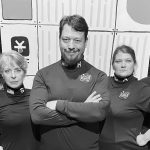