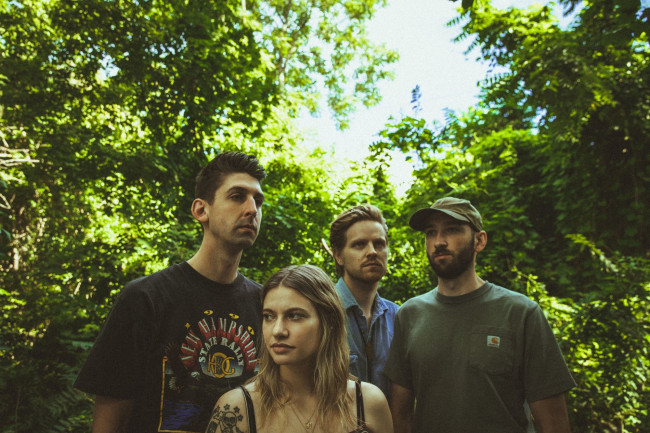 “A focus on self and family is of the utmost importance right now therefore postponing or rescheduling any further doesn’t feel like the right thing to do,” the band wrote in a statement on social media.

“We’re absolutely devastated over this and feel awful for everyone it affects. We hope you will accept our most sincere apologies and regrets with this news and the last minute nature of this announcement.”

Scranton indie rockers Tigers Jaw were set to serve as direct support on the entire North American tour that was already postponed due to the pandemic, so today they announced the Last Minute Magic Tour, their own headlining run that kicks off with an all-ages hometown show at Karl Hall (57 N. Main St., Wilkes-Barre) on Friday, Feb. 18.

Their last few shows at Karl Hall, including an outdoor gig last year, were acoustic, but this will be a full band performance and is likely to sell out quickly. In 2019, Tigers Jaw played a sold-out acoustic show in the intimate basement venue, and in 2020, they co-headlined a massive drive-in benefit concert outside Mohegan Sun Arena in Wilkes-Barre that was organized by Karl Hall.

Doors for this show open at 7 p.m., and the music starts at 7:30 p.m. Tickets, which are $25, are on sale now via Eventbrite. It is BYOB for those 21 and over, and proof of vaccination or a negative test within 72 hours of the show is required to attend.

The 18-date tour will then head to New Kensington, Cleveland, Buffalo, Brooklyn, Philadelphia, Nashville, Chicago, and more before wrapping up with two nights at The Glass House in California.

“Let’s make the best of a tough situation! After the cancellation of the Blue Sky Noise tour, we got right to work to try and get some shows together. We are calling it the Last Minute Magic Tour – these shows are going to be so special and intimate,” the group said.

“If you want to support our band in this tricky time, please come out and see us play a headlining set of career-spanning songs, invite a friend to come along, and maybe even help us cut down on Merch Mountain, a towering stack of boxes currently sitting in Brianna’s house. These shows are going to be incredibly fun and wild.”

UPDATE: After the first show quickly sold out, a second show at Karl Hall was added on Thursday, Feb. 17. 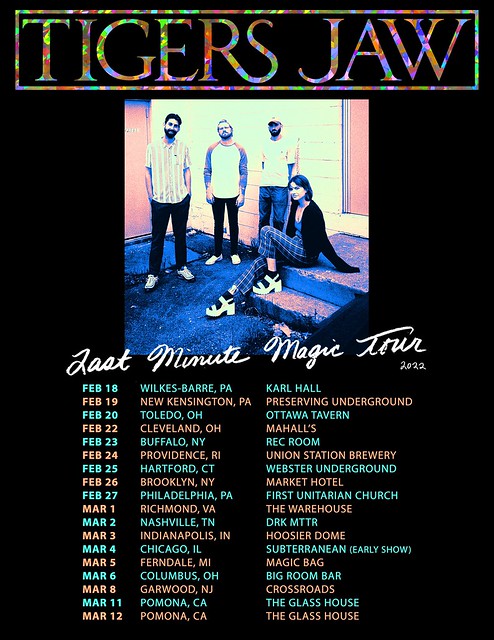 Debuting on March 5, 2021 with a free virtual release show recorded at Karl Hall, “I Won’t Care How You Remember Me” is an ode to living in the present. As this hectic era of distraction whirs, ticks, swipes, and scrolls by each of us at an alarming speed, the ability to maintain a sense of priority for the human elements in our lives as well as a reflective understanding of self, remains a lost art. But here, the group has seized upon it.

Tigers Jaw’s sixth studio album – and first for new label home Hopeless Records – finds members Ben Walsh (vocals/guitar), Brianna Collins (vocals/keyboards), Teddy Roberts (drums), and Colin Gorman (bass) at the height of their powers, fusing their collective skills with the synchronicity and energy the band honed over several years of nonstop touring. The result is a back-to-the-basement approach elevated by the unmistakable production of their longtime friend and collaborator Will Yip. The band’s most sonically ambitious and lyrically affecting album to date, “I Won’t Care” sees a newfound freshness and creative freedom crystallizing the lush and dynamic world of Tigers Jaw.