Community theatre group Actors Circle will present A. R. Gurney’s “The Dining Room” at the Providence Playhouse in Scranton on Thursday, March 10 through Sunday, March 20.

The play is set in the dining room of a typical well-to-do household, the place where the family assembled daily for breakfast and dinner and for any and all special occasions. The action is comprised of a mosaic of interrelated scenes – some funny, some touching, some rueful – which, taken together, create an in-depth portrait of a vanishing species – the upper-middle-class WASP.

The actors change roles, personalities, and ages with virtuoso skill as they portray a wide variety of people, from little boys to stern grandfathers, and from giggling teenage girls to Irish housemaids. Each vignette introduces a new set of people and events; a father lectures his son on grammar and politics; a boy returns from boarding school to discover his mother’s infidelity; a senile grandmother doesn’t recognize her own sons at Christmas dinner; a daughter, her marriage a shambles, pleads futilely to return home, etc. Dovetailing swiftly and smoothly, the varied scenes coalesce, ultimately, into a theatrical experience of exceptional range, compassionate humor, and abundant humanity.

For reservations, call 570-342-9707 or email tickets@actorscircle.com. All reservations are held 10 minutes until showtime. Masks may be required for this event.

This show is presented with assistance through a grant from the Lackawanna County Arts & Culture Department.

Now in their 40th season, Actors Circle was formed in 1982. A group of actors was sitting in a circle on the floor of the University of Scranton auditorium and decided on the name for their organization before performing their first production, “The Crucible.” Originally, the group was known as the Jefferson Hall Players, but the University asked them to change the name because there was already a small theater group at the University with that same name. 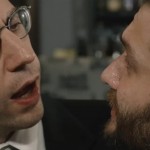 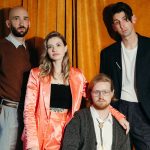