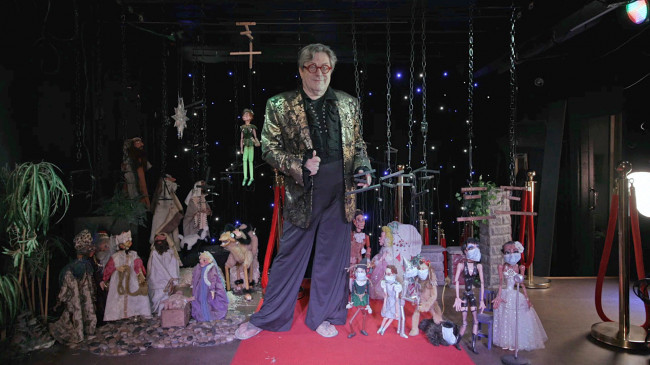 The fifth annual Northeast Pennsylvania Film Festival will wrap up this Sunday, April 3 with a screening of “Marionette Land” from 3:30 p.m.-4:30 p.m. at The Ritz Theater in downtown Scranton.

The showing includes a special Q&A with director and Clarks Summit native Alexander Monelli, along with his subject, Robert Brock.

Winner of Best Documentary at the 2021 Omaha Film Festival, “Marionette Land” takes audiences behind the curtain of the Lancaster Marionette Theatre and its eccentric owner Robert Brock, who lives above the tiny theater with his 85-year-old mother, Mary Lou.

Together, they have been keeping this Lancaster treasure going for 30 years with unique takes on classic marionette shows for families (“Peter Pan,” “The Wizard of Oz,” “Aladdin”) and cabaret-style grown-up shows where Brock straps on his heels to become famous Hollywood divas of the past like Liza Minnelli and Bette Midler. He writes and performs all of the shows himself and even makes the marionettes.

“Rob takes his theater very seriously. It’s not a joke to him. The amount of time, effort, and dedication to getting one tiny detail right is why I was interested in telling his story. Passion is contagious, and I think Rob’s journey will be an anthem for artists, creators, and performers everywhere. He proves there is still wonder left in the world if you just look for it,” Monelli explained.

The film chronicles Brock’s unique relationship with his mother and the revival of his grown-up show while trying to prepare for the puppet theater’s big 30th anniversary, though unforeseen circumstances threaten the charismatic puppeteer’s plans.

“The Lancaster Marionette Theatre is a place where people can escape for 35 minutes, where they can enjoy happy endings, where virtuousness is rewarded, and villains are redeemed,” Brock described.

The film premiered at the 2020 Philadelphia Film Festival, where it was cited as one of the first feature films to deal with the COVID-19 pandemic. Philadelphia Magazine called it “eccentric and charming.” In 2021, the Jim Thorpe Independent Film Festival hosted the first live, in-person screening of the movie.

Monelli graduated from Long Island University in 2009 with a bachelor’s degree in film. His acclaimed first feature “At the Drive-In” about the rebirth of the Mahoning Drive-In Theater in Lehighton won Best Local Feature at the 2017 Philadelphia Film Festival. He currently produces video and documentary work for a variety of clients, including “Agnes 50: Life After the Flood” for WVIA-TV, which will receive its broadcast premiere on Thursday, June 23.

Tickets for the NEPA Film Fest at The Ritz (222 Wyoming Ave., Scranton), which range from $20 (day pass) to $95 (festival passport), are on sale now at nepafilmfestival.com. See the full schedule with film descriptions here.

“Marionette Land” was released on iTunes and other VOD streaming services on Jan. 18, along with a DVD with over 17 minutes of deleted scenes, two Q&A sessions from the Omaha Film Festival and Philadelphia Film Festival, and a feature-length audio commentary track with Brock and Monelli.

While the new feature-length version goes deeper into Brock’s story, personality, and artistry, Monelli previously captured the spirit of Brock and his theater back in 2014 with the short “Man with Puppet.” 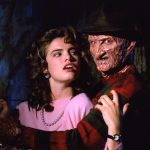