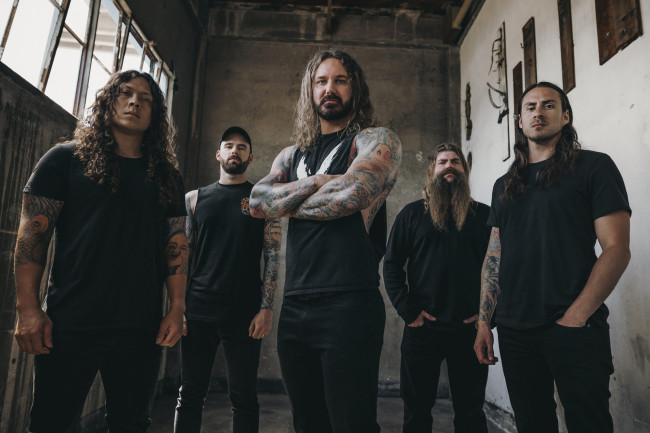 As I Lay Dying is celebrating their 20th anniversary as a band with the Two Decades of Destruction Tour.

Today, the Grammy-nominated metalcore band announced that the U.S. leg of the trek will kick off on June 10 in Las Vegas and conclude on July 17 in Oklahoma. Whitechapel, Shadow of Intent, Brand of Sacrifice (June 24-July 17), and Ov Sulfer (June 10-23) are joining them for the 30 dates, which include a stop at the Sherman Theater in Stroudsburg on Thursday, June 23.

“After two years of anxiously awaiting the safe return of live events, it’s finally our time to get back out on the road to celebrate ‘Two Decades of Destruction’ with Whitechapel, Shadow of Intent, Brand of Sacrifice, and Ov Sulfer. We’ve had enough time to fully recharge and can’t wait to feel that energy of performing on stage again,” As I Lay Dying guitarist Phil Sgrosso said.

“We’ve certainly missed our fans, so we look forward to reconnecting with everyone as we celebrate our 20-year milestone and get back on the road. See you soon!”

Tickets, which are $27.50, go on sale this Friday, April 1 at 10 a.m. at the Sherman Theater box office and online via shermantheater.com and Etix.

After a long hiatus due to the incarceration of vocalist Tim Lambesis, the San Diego quartet unleashed their seventh full-length album, “Shaped by Fire,” via Nuclear Blast in 2019. At the end of 2021, they released a deluxe version featuring live and instrumental versions as well as reinterpretations of the original tracks.

“The initial idea was to create a deluxe version stemmed from leftover material written for the ‘Shaped by Fire’ album. Some of it was repurposed for B-sides, and several tracks were used for the live show exclusively, until now,” Sgrosso explained.

“More recently, we had an interest to recreate ‘My Own Grave’ into a more stripped down/orchestral version inspired by the ’90s ‘Unplugged’ era that we all grew up with. We also became interested in a new version for ‘Redefined,’ incorporating a heavier electronic element. The live versions for ‘Blinded’ and ‘My Own Grave’ were captured on our last European tour in Munich, which was one of the biggest and most high-energy shows to date.

“For the first time ever, we’ve released an instrumental album version to showcase the musical aspect. Just like when we’re writing initial demos, the music is step one in captivating the listener’s attention, so the intricacies and details of the music are a little more prevalent here. It was a fun experience to breathe some new life back into ‘Shaped by Fire.’ We’re all very proud of this album and are always encouraged by our fans’ support and enthusiasm for new AILD music over the past 20 years.”

Tennessee deathcore band Whitechapel just finished touring with Cannibal Corpse, Revocation, and Shadow of Intent in support of their eighth studio album, “Kin,” released last fall via Metal Blade Records. Already sitting on one of the most enviable catalogs in contemporary metal, “Kin” was produced once again by Mark Lewis, with David Castillo at Ghostward Studios in Sweden handling the mixing, then Ted Jensen mastering it in Nashville. The resulting album is a dynamic and diverse collection, further advancing the group’s sound into new territory without losing sight of what brought them to this point. “Kin” has gone on to hit No. 24 on the Current Albums chart, peaking at No. 3 on Hard Music Albums and No. 6 on the Independent Albums chart.

Shadow of Intent is a New England-based metal band originally formed by singer Ben Duerr and guitarist Chris Wiseman in Connecticut in 2014. Their first full-length album, “Primordial,” came out in 2016, and they continue to release their music independently, including “Reclaimer” (2017) and “Melancholy” (2019).

The band name and lyrics were originally derived from lore from the “Halo” video game franchise and, since then, their subject matter has become more dark and personal while maintaining an element of fantasy and wonder. Their music is heavily built off various different genres of metal, such as death metal, black metal, symphonic metal, progressive metal, and metalcore. They played their first live show at the end of 2017, which led to them embarking on several U.S. tours with The Black Dahlia Murder, Whitechapel, Carnifex, Fleshgod Apocalypse, Despised Icon, and more.

With the January 14, 2022 release of “Elegy,” Shadow of Intent further evolves their subject matter, touching on the atrocities of mankind throughout history brought about by warmongering, hatred, and greed. Their signature sound continues to evolve with a larger-than-life cinematic soundscape accompanying each track. 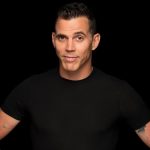